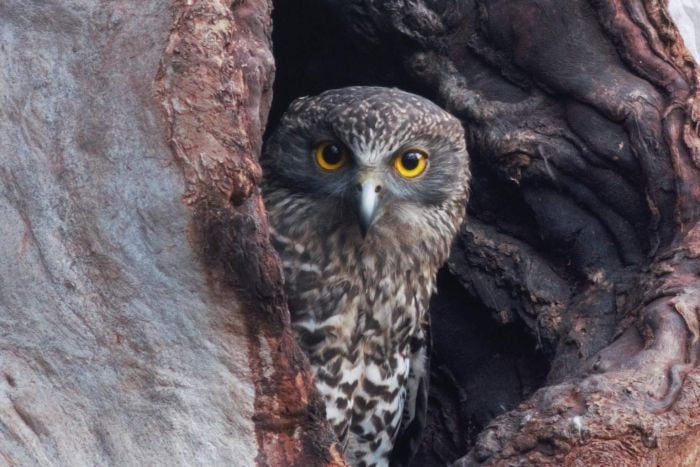 “Most Australians know of and regret the extinction of the thylacine (Tasmanian Tiger) in 1936 — but few recognise that this one extinction is symptomatic of a much more pervasive loss. Twenty-eight other mammals have become extinct since 1788, and we suspect that few would know their names, let alone of their loss.” See list at this link: List of extinct animals

In 2014 John Woinarski, Professor (Conservation Biology), Charles Darwin University and Peter Harrison, Director (Marine Ecology Research Centre), Southern Cross University, published the first review of all Australian mammals, finding that Australia has the worst rate of mammal extinctions in the world, and the situation isn’t improving thanks to feral predators such as cats.

“These [extinct] species are or were not obscure or predestined for oblivion,” write Woinarski and Harrison (To save Australia’s mammals we need a change of heart, The Conversation, June 12, 2014). “Instead many were common and played important and irreplaceable roles in our country’s ecology. These species were part of the fabric of this land. The Australian mammal fauna is the most distinctive in the world: 86% of our 315 land mammal species are found nowhere else.”

Feral cats are one of the greatest threats.  So too is habitat destruction, urban sprawl and the lack of wildlife corridors.

“It may sound all doom and gloom — and in many respects it is — but it’s important to note that conservation can work. Both Gilbert’s potoroo and the Bridled nailtail wallaby have been brought back from the brink through dedicated effort.”

So how do we go about saving the rest of Australia’s threatened mammals?

Best practice planning will play a big part but what is sorely needed, as Woinarski and Harrison point out, is a change of heart. They say that education has a critical part to play in this.

“Our society accepts the obligation that all children should be schooled, and recognises the benefit to society from that premise. So too with conservation: we should recognise the obligation to attempt to safeguard all species. In a nation as affluent as ours, this can and should be a realistic objective.”

“We have concluded that we will not solve the mammal extinction crisis simply by repeating the same actions over and over. The problem is far more fundamental.

Conservation is not just an environmental problem; it also charts a moral landscape. How does our society fit into this land? What do we consider is important? Is it reasonable that we gift our descendants only a faint shadow of our country’s extraordinary nature?

We have worked extensively in remote Australia. We have shown old Aboriginal men and women stuffed museum specimens of now-vanished mammals, and been struck to our core by their responses: singing the song of that animal, stroking it, telling its story, crying at its loss. Here is an affinity to nature, a deep connection to our land, an ache of responsibility, that we settler Australians have not yet felt or learned. To become part of this country, to care for it properly, we need to grow some of that sense of belonging and affinity. Otherwise, extinctions will continue to be viewed as inconsequential.

Our review of the fate of Australian mammals reflects uncomfortably on our society. Without an understanding of our country, without linkages to, and affinity to, its nature, and without a corresponding commitment to its well-being, our society will fit poorly in this land and these seas, and we will continue to erode the most remarkable fauna in the world.

We must accept that biodiversity conservation is not only an obligation of government, but a shared societal responsibility,” write John Woinarski and Peter Harrison.

How does this relate to the Fivefold Vision for Munibung Hill as proposed by the Society?

Munibung Hill can play an important role providing fantastic educational opportunities (see the MHCS education partners). An example of this was a group of 30 school students and three teachers that spent a morning on Munibung Hill on Wednesday 13th February.

The threatened species that live there deserve to be protected not only for their wellbeing but for also for ours.  Life is made richer and more enjoyable with these wonderful creatures close by and conversely life would be far less enjoyable if we choose to make their lives so unbearable that they don’t feel welcome, die and become extinct.  Munibung Hill as a conservation and heritage park – as part of our common country – can only do us all the world of good.

To read the full story go to: We need a change of heart

We can’t use ignorance as an excuse anymore