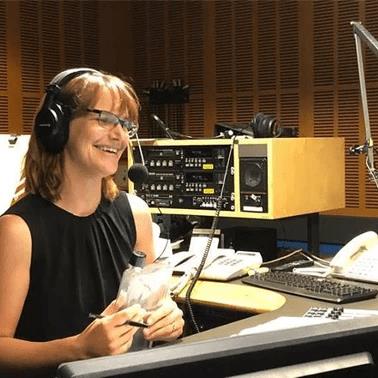 This is an edited version of a segment from Conversations with Richard Fidler, ABC Radio.  The subject of the conversation is: The story of the Bible in Australia

Program production credit information at the end of this post.

Richard Fidler: The Bible is arguably the most influential book in the history of the world, but it was written by people completely unaware of the existence of a Great Southern Land. And the people who were already living here had their own ideas of how the world came into being.

In the hands of writers, artists, wowsers, Bible-bashers, immigrants, suffragists, evangelists, unionists, Indigenous activists, and many more, the Bible would play a defining and contested role in Australia.

Historian Meredith Lake has written the story of the Bible’s unique Australian history.

Meredith Lake:  Organisations like the British and Foreign Bible Society, which by the end of the 19thC they are dispatching bibles every five seconds to places all around the world – there is this massive boom in the distribution of bibles.

RF – How can you do it in indigenous languages, you’d be like fine with a burning bush, but what about a whited sepulcher or a roman centurion, how on earth do you translate words that are so far outside the realm of the people you trying to communicate with?

ML: Well how do you say the Lord is my shepherd, when you’ve seen a sheep? I mean, these are perennial questions for translators and the missionary translators in Australia were acutely aware of these things, and I think one of the most gripping stories for me involves Lancelot Threlkeld. He was a former circus actor.  Missionaries are often people who we think they mightn’t be. He spent a lot of time in the South Pacific where he did a lot of translation work and then comes to Sydney where he starts a mission in Awaba land, in Newcastle, NSW, where he sets about translating the Bible where he starts by learning the language of the from an indigenous scholar and philosopher called Biraban or Eaglehawk who  teaches Threlkeld the language and then collaborates with him, in an exchange I think of sacred knowledge.

Threlkeld learns about Birabans view of they together try to find words for things like prayer, things like God, the Holy Spirit, and there’s a real tussle, really about how to do this.

So Threlkeld for example can’t use the English word God because all the Awaba know that word from the convicts, because they are using that word as a profanity, right, so that’s off limits.

RF:  So the convicts are going around using the Lords name in vain, so therefore it’s not suitable …

ML:  There is no indigenous equivalent, so we end up going back to the Hebrew and we get Jehovah as the English word for God in the Awaba translation for God in the gospels.  But when it comes to something like holy spirit, it’s remarkable, there’s huge accommodation there.  He goes for a word, with Biraban that draws on traditions of men’s sacred knowledge.  When Threlkeld didn’t the spiritual world as men’s domain necessarily.  I guess as a kind of reproachment between the way he saw the world and the way Biraban saw the world, to come up a term that straddles both, but what happens is that the colonists of that area increasingly encroach on Awaba land; Birabans own people are increasingly dispossessed; they are increasingly exposed to European diseases, and the death rate is huge.

Threlkeld buries dozens and dozens of Awaba victims of disease on the land of the mission.  There aren’t really converts in the way that a missionary supporter might accept, and by the time they finish translating a number of the gospels, there’s very speakers or readers of the language surviving. 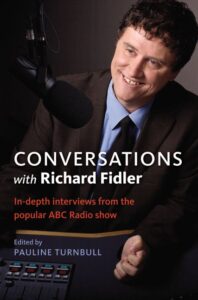 RF:  Like medieval Europe when there would be a plague going through the land like the black death would go down through the place and it would strike down the just and the unjust alike.  It would strike down helpless infants and cruel people, it would strike down the rich and the poor alike and it left a lot of believers thinking they lived in a morally disordered universe, like there was no god, they felt it was morally chaotic. Do you think a lot of these early evangelists felt like that, came to feel like I’ve just done this work and now everyone is dying of smallpox.  What’s God’s role in this?  Do you get that sense of despair?  What does providence mean?

ML: Is it benign or malign? The nature of disruption and devastation in the world.  I mean who’s cracked that one, right. But I mean Biraban dies bereft of his own children who pre deceased him.  Threlkeld’s work, his lifetime of work is in vain, and there were continuing Awaba communities, and custodians of that language who did survive and using the dictionaries and bibles and using the translations that Biraban did make with Threlkeld have become resources for the revival of that language that is going on now.  So these biblical texts have had a life that was not what those original translators had expected, but yet is very important to those communities that those texts belong to.

RF:  There are accounts in your book of those Aboriginal people who have become converted and they become evangelical, and they contact their kin and they’ll say: you need to give up the old ways and you need to take up this new way. The old ways are wicked.  How do you feel about this.  There seem to be some who seem to not have any trouble enfolding this new way with their existing cosmology and spirituality – it seems to not trouble them too much.  What’s your understanding of all that?

ML: I think that’s right.  Each convert I suppose has to negotiate the question of how this gospel relates to my culture and what I already know.  And that’s the process of negotiation that pretty much every Christian that I’ve ever met or read about, has had to go through ….

The Bible in Australia is published by New South Press.

The story of the Bible in Australia – Conversations – ABC Radio

Back to the future – the right to repair