This is the day that the recycling industry hath made – 18 March 2022.

In just the past 50 years, humans have consumed more resources than ever before.  Not only that, but recycling has been called the Earth’s ‘seventh resource’ (after water, air, oil, natural gas, coal and minerals) because it saves more than 700 million tonnes of CO2 emissions annually, with an estimated increase to 1 billion tonnes saved each year expected by 2030.  And to mark such horrible statistics, today has been dubbed Global Recycling Day.    The seventh resource?  Where is soil?  Oil, natural gas,  coal and minerals, are all of the earth.  While we give them the status of resource, they have been made so by one species who has used them so irresponsibly that our supposed ingenuity is coming back to bit us.  For many we need to leave them in the ground.  They are a blight on the landscape and in the atmosphere.  In the case of fossil fuel plastic, in spite of all the praise we heap on it, we could have chosen plant polymer plastics years ago, in the form of hemp plastics.  We only have to cast our minds back to the hemp and soy plastic car that Henry Ford built to get some idea.   And another modern version here.

We are told that the day was initiated by the Global Recycling Foundation in 2018 to publicise just how important recycling is for conserving primary resources. Noting who the sponsors are makes us just a little skeptical about the whole exercise.  Business has made recycling a business and is in the business of perpetuating what they do.  It’s hardly something to be proud of, to announce that the recycling of waste is going to increase to 1 billion tonnes each year by 2030. That’s hardly something to celebrate.  It should be seen as a failure of the design and assembly industries that have for many years discouraged refrain as a goal.  That is refrain from buying more stuff in the first place, reduce the amount of stuff we tell ourselves we need for a good quality life, reuse, repurpose, and repair, with recycling coming a long last. All part of circular economy principles.  Recycling is the worst of the lot.

But we are where we are, with recycling the best option in many instances in the short to medium term. The day aims to encourage global leaders to formulate international solutions and asks individuals everywhere to recycle what they can. Combined, recycled materials already fulfil some 40% of our global raw material requirement, all just from people considering what they can reuse, upcycle or melt down and recycle. 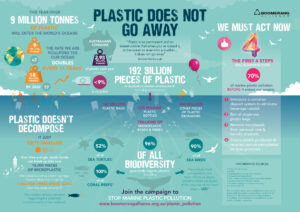 The biggest of the recycling problems centres on plastic – of the fossil fuel kind.

We need to support the Boomerang Alliance – an umbrella organisation that is putting pressure on governments to:

We’re making headway when it comes to plastics, with soon to be introduced bans on single-use plastic bags, straws, cutlery and other non-recyclable items and a renewed push to ban plastic items for which more sustainable alternatives are available (like bread bag tags and cotton-tip sticks). Already this year, the UN has agreed to a global plastic pollution treaty, and last year a new standardised Australasian Recycling Label was launched to make it easier to determine which components of food and product labelling were recyclable, so remember to ‘Check it before you chuck it!’

Many supermarkets and retail stores now have recycling stations for soft plastics, single-use plastic bags, biscuits wraps and frozen food bags, which are recycled by REDcycle and made into construction materials, bollards, benches and other more-durable items. To find out where drop-off points are close to you, click here. About 130,000 tonnes of plastic end up in the world’s oceans each year, so anything we can do to reduce that burden has to help!

But plastics aren’t the only products ruining our planet. Ppaper and cardboard, wood, glass, aluminium, clothing and materials, pens, batteries, printer toner, are all culprits.  There is one area where we are doing okay.  Australia recycles around 87% of its paper waste, and each tonne of paper recycled saves 13 trees.

Then there’s what’s known as E-waste, a catch all title for electrical and electronic waste.  Things such as mobile phones and tablets, television sets, computers, monitors, printers and copiers, paper shredders and so the list goes on, including all those kitchen labour saving devices like blenders, kettles, sandwich makers, toasters.  Reclaiming all these which contain valuable minerals.

Electronic waste is a huge issue, and getting worse by the day, with each Australian estimated to create 23 kg of it every year. Most of it cannot be recycled through home recycling, so Officeworks operates free recycling for a limited number of these products in store.  And Lake Mac Council offers a much more expanded service at Awaba.

Recycled and repurposed goods aren’t just good for the environment, they’re good for the economy too. Globally, some 1.6 million people are employed in recycling materials, with approximately $20 million channelled into improving efficiency and creating employment opportunities, often in underdeveloped nations.  This is the speil pushed by the industry to justify their existence.  It’s rubbish to some extent.  If we designed waste out.  If we chose to take Mother Earth as our exemplar – our best and most appropriate role model – then the need for a good percentage of this recycling would be dealt with such that the need for a global recycling day would be largely redundant.

But in the meantime, this Global Recycling Day, at least provides us with the opportunity to focus our attention on bringing back into the loop those products often tossed out and consigned to landfill.  From that perspective, it’s worth supporting. So long as it doesn’t detract from the necessity to make changes towards:
1. reduced usage and
2. shifting to a circular economy that enables us to tread more lightly, live more sustainably and when all else fails, recycle the finite resources of our home planet.

Adopting one planet living principles, such that we live within the carrying capacity of Mother Earth – as if we intended to stay.  They have to be our collective goal.

NOTE: The prompt for this post has come from a Wildlife Queensland events notice to members.  We have taken extracts from this and tweeked it so that it has local relevance.

A time for stalling