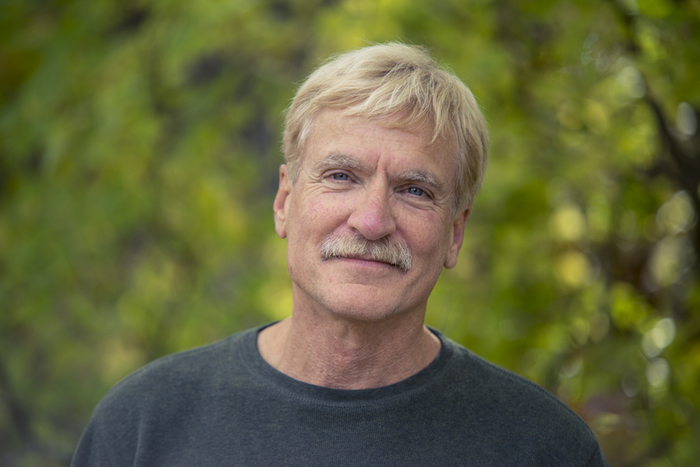 If the earth is the source of our being then it stands to reason that mother nature would know a thing or two about how to live in her neck of the woods. Her experience extending across billions of years ought to add up to at least as much as a wise ole owl or a collective of trees in the forest.  In: The eight master lessons of nature: What nature teaches us about living well in the world, Gary Ferguson, has collected what he reckons to be some of the great lessons of the earth, having garnered them from his intimate relationship with mother earth over many years.   Here are some extracts from the first couple of chapters.  ….

The extent to which we’ve lost touch with the wisdom of nature may not be just about our being distracted.  (By all the modern technological gadgetry of our time). It’s also about how we’ve been taught to think.  We are like people throughout history, in that the lions share of our beliefs about how the world works has been cobbled together from cultural views and social mores, including scientific ones, passed down across the generations.  When it comes to the nature of nature, and our relationship with the world around us, we’ve accepted an awful lot as being:  “well that’s just the way things are.”  And in fact they’re nothing of the sort.   (page xiv)

One of the main currents clutching at us for some two thousand years, is the idea that as humans we stand outside of nature.  Above it.  From that locus, it’s all too easy to end up passive toward, disconnected from, even bored by, the Earth.

Whatever our world views, they aren’t ultimate realities, but rather single strands of perception.

For the first time, a large body of research is illuminating the face that our world arises from a sprawling, highly dynamic set of rhythms and relationships.  It’s becoming ever more clear that in the truest sense there’s really no such things as a tree, a dog, a sunflower, a human.  At least not in the way we’ve long thought of them, as stand-alone beings.  We shape – and are thoroughly shaped by – the vast array of life-forms and processes with which we share this planet.

It is important that we merge traditional science with indigenous wisdom.  A key factor is understanding the totality of nature and the ability to perceive interdependence.  Embracing interdependence lets us move beyond the knowledge of what makes something tick into how that something is able to keep on ticking – and that always comes down to connections: from the fungi in the forest that nitrify the soil to the trees that sprout and grow from that nitrogen to those trees then exuding the very oxygen that allows you and me to find our next breath.

It really is possible to mend our relationship to the world around us, and through this mending, release an intelligence millions of years in the making.  It takes eight lessons.

Einstein, like many other great scientists, knew that no problem was ever solved on the plane where it first revealed itself.  So he used the woods to life himself to a higher place, one less defined and more creative.  Touching the considerable mystery afforded by that modest grove of trees allowed him to connect with what he considered “the source of all true art and science.”  He said as much to his student too, advising them that if they had a choice between gaining knowledge and maintain a relationship with mystery, they should choose mystery.

He was absolutely certain that those who wouldn’t or couldn’t connect with mystery were “if not dead, than at least blind.”    (page 2)

For Einstein a little bit of quiet was a good thing.  Quiet lets us be in deeper play with the world.  It allows us to calm down, consigning to the back seat for a few minutes our chattering, anxious, gum-snapping minds.  Plain and simple, mystery lives beyond the chatter.   (page 10)

Hummingbirds good, starlings bad.  Chipmunks adorable, rats and mice a travesty.  None of this makes sense when you start looking closer at the workings of the natural world.  No wonder people in cultures far older that our own have long found such divisions – good versus bad, cute friend versus ugly pest – the sign of badly broken hearts and minds.

You don’t have to like flies, but it might be worth entertaining the notion that flies were created by the same proteins, the same basic planetary reach for life, the same deep and inscrutable web, that created you and me.

Nature can bust binaries in other ways too.  The majority of flowers and plants that grace the Earth are hermaphrodites.  There are fish, jellyfish and other shellfish that can change from male to female on demand and vice versa.    (Page 21)

From the times of Descartes we’ve considered ourselves separate and superior.

Plenty of us still coddle a wholesale belief in human superiority, as if living beings should be ranked according to their worth, which does much to alienate us from the rest of life.  For a long time now we’ve considered ourselves exceptional beings at the centre of a universe made up of identifiable parts, the whole lot of them there for the taking.  A nature that seems more mechanical than organism.  Even today, what Isaac Newton said 350 year ago, calling God “a highly skilled mechanic,” is tell to many of us about right.  (page 33)

Yet getting hyperfocused on discrete objects, coming to believe that kind of structuring held the key to the while story of everything, dimmed our ability to perceive dynamic relationships.  And that would cause – is causing us – to miss an extraordinarily important fundamental truth about nature, which is that no life exists except though vast, dynamic webs of connection.    (Page 35)

We need to be wrapping our heads around the fact that old trees – species like those at Munibung Hill – have been fine-tuning their lives for some twenty-five million years, coming online in the era of saber-toothed tigers and forty-two-foot sharks.   (Page 36)

When a fungal web first attaches itself to one of a trees root systems, it kicks off a defense response.  This may be the equivalent of kick-staring a tree’s immune system p sort of like when we get a flu shot – leaving the tree much more resistant to disease.  But beyond that, the underground fungal webs are allowing individual trees to actually communicate.  To quite literally help one another.  Turning the forest into a neighbourhood, in the very best sense of the word.   (Page 39)

If we can put on hold now and then our habit of focusing on single life-forms – a possum, a tree, a yellow tailed cockatoo – in favour of seeing the surrounding context of those things, what we really end up doing is building mental muscle for reintegrating our lives with the whole – the world at large.    (Page 42)

There’s a kind of sweet comfort that comes from realising that life on Earth is less a wrestling match than a science fair.  Yes, there’s plenty of competition in nature.  But it is true with humans, a fair amount of that competition consists of coming up with better strategies for taking advantage of changing conditions.  As Darwin said: “those communities which [included] the greatest number of the most sympathetic members — flourish best.”     (Page 49)

…. What nature has the power to do is to release us for a time form the tiresome obsession with self.  In those few moments when we choose to take ourselves away and get into nature, we take on being a being of the wild, made of bone and muscle, a creature of nature, like all the others.     (Page 71)

More at this Intelligent Change link: 8 lessons from nature

Call for comments: Plans for Munibung Hill on public exhibition