We are a not-for-profit society with no paid staff. To learn more about why we formed and what, in association with our partners, we hope to achieve, refer to the Rationale, Goals and Objectives document. 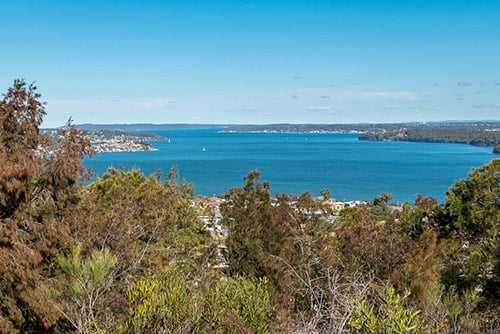 We acknowledge the elders of the First People of the Awabakal Nation, as custodians of the land and creeks located at Munibung Hill.
We pay respect to community members past and present as trustees of the land and aspire to learn from traditional knowledge and customs so that, together, we can protect our environment and cultural heritage through conservation.

We are fortunate to be working in a collaborative way with some wonderful organisations and individual people. Support for the Five-Fold Vision for Munibung Hill drives the process set out in this document. It was always our belief that given half a chance people would embrace the Munibung Hill story. When we join forces and combine our efforts, it is amazing what we can achieve. Families, friends, colleagues, students, people from all walks of life and across the generations recognise the importance of green infrastructure as places like Munibung Hill are now being described. This is an exciting venture with ripple effect benefits just waiting to be realised.

The Munibung Hill ‘secret’ is a secret no more.

An iconic part of ‘country’ over thousands of years, Kona-Konaba – as she was first known – is a significant site within a living culture. As high country, due to her elevation, Munibung Hill was a part of Bora or Ceremonial Ground, where initiation ceremonies would have been performed. There were also Stone Arrangements, areas where stones are placed in a certain way to form circles, semi-circles, lines and routes. The arrangements sometimes identified ceremonial grounds and tribal boundaries, as well as other sorts of ownership boundaries.

How we interpret the actions of this living culture that was far less interventionist than current social practices, speaks volumes about our respect for and standing within the larger earth community. Just as we value high places and pay high prices to buy ‘the view’, so Munibung Hill was valued but in a different way. One of our supporters has said: “Don’t ever let the summit of Munibung Hill be the domain of a single person or family. This place needs to be kept in public ownership so we can all enjoy ‘the views’.” And we would say, so that we can walk where they once walked and survey the surrounding landscape as they once surveyed the surrounding landscape.

An invitation to join

The best and easiest way to show your support, is to join up.
There is no membership fee – simply fill out the form. This can be done in one of two ways:
Join using the online Membership Form, click on About Us (at the above drop down menu),
click on Membership, complete the form, then click
SUBMIT
Or, download the Membership Form
fill it in, copy, scan it back to us.

We are a not-for-profit volunteer group.
Offers of assistance including donations are welcome.
Cheques payable to: Munibung Hill Conservation Society.
For direct deposit details, refer to either of the Membership Forms.

Munibung Hill is a dominant feature overlooking large parts of the city and the region, however it would be true to say that relatively few residents or visitors would give much thought to the views available from there. Well considered and sensitive use, or uses, of this prominent location could only be of benefit for the education and recreation of residents and visitors alike.
Greg Piper
MP Independent, Lake Macquarie
As a bush walker I often ramble about and over Munibung Hill. Have walked it many times and lead walks for my walking club.
In my view, it’s a hidden treasure! It can be developed into something that young and old enjoy on a regular basis.

It would attract visitors like the ANZAC walk at Bar beach, that is continuing to prove a very popular activity to do.
The views from the top are breathtaking and overlooking most of Newcastle and our beautiful lake.
Most local people I speak to have never been up the hill. Firstly, they don’t know you can, and secondly, it’s not easy to get up safely, due to the erosion on steep sections that makes it dangerous to negotiate.
A hill as beautiful as this with million dollar views should be treasured like Blackbutt Reserve and provide healthy exercise and enjoyment.
The Hill should be able to be enjoyed by everyone! Had this hill been in some other country, it would be treasured and cared for in a responsible way.
Let’s be positive and hope we can turn this around into something special for Lake Macquarie.
John Hagen
Watagan Wanderers
As a school community we are passionate teachers of conservation and rehabilitation in our local area. Munibung Hill is one of the few remaining green spaces in our community. It needs protection, rehabilitation and conservation from development and destruction.
I see St Pius X accessing the hill for future excursions specifically for Year 9 in the Changing Places and for our Landcare students to engage in Landcare projects on the hill. In addition Munibung Hill can be used in our Year 7 Geography classes identifying liveability factors in our local environment.
Our aim is to support the Munibung Hill Conservation Society to ensure the protection and rehabilitation of this important historical and culturally significant site.
Jennie Nemeth
HSIE and Aboriginal Education Teacher
We need to preserve and nurture every bit of remaining bush land we can, especially bush land within and between suburbs.
Jill Dean
Hunter Wildlife Rescue
Our family will forever be thankful for living in this area. It has afforded us wonderful memories, and provoked a lifestyle that
encourages outdoor leisure activities and a desire to discover nature. Munibung has given us so much for free. The only cost to us
has been that of taking the time to drink in her beauty.
Robyn Johnson
Lakelands

International Union for Conservation of Nature

International Union for Conservation of Nature