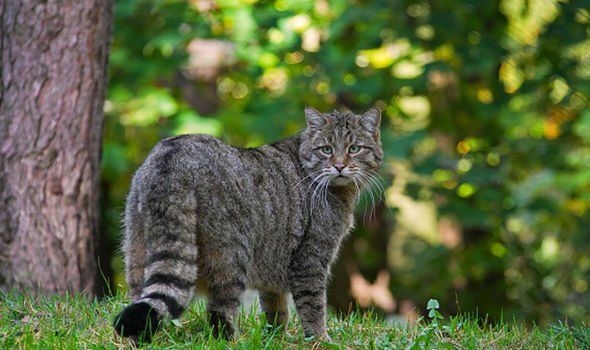 And this we know, what to do about it. And this we also know, we have no time to waste. This we don’t know – if we are prepared to make the necessary adjustments to reach net-zero extinctions.

CSIRO says Australia’s wildlife is in the grip of an unprecedented attack from feral and invasive species.  Weeds, feral cats, rabbits and fire ants, are causing about $25 billion in native species losses each year.

In: Ferocious fatal ferals, (Wildlife Australia, SUMMER Vol. 58 No. 4) this article reports on the findings of a new report from two of Australia’s peek science based organisations noting that marking time and twiddling our thumbs are not going to achieve the required results.  But they also note a road to recovery, if this is the right way to phrase extracting ourselves from what seems like a hopeless task?

Do we continue to countenance native species extinction as a natural consequence of our chosen ways of living and doing business?  If doing business-as-usual means remaining wedded to growing the economy – which by extension equals more habitat destruction, declining biodiversity and more extinctions – we will remain bogged down in endless discussions about how to extract ourselves from the hopeless task mentioned previously.  Let’s start with some facts …

The new CSIRO report in conjunction with the Centre for Invasive Species Solutions (CISS): Fighting plagues and predators: Australia’s path to a pest and weed-free future, reveals how the environment is facing a ‘sliding door’ moment, with two possible futures for Australia.

The report highlights a looming wave of new extinctions and outlines two futures: one based on an unsustainable business-as-usual approach, and the other based on implementing targeted actions that will help save the country’s unique biodiversity.

Report co-author CSIRO scientist Andy Sheppard says that while many Australians were aware of the havoc caused by the recent mice plagues in NSW, Queensland and Victoria, they had no idea of the magnitude of the invasive species issue in Australia.

“Urgent, decisive, coordinated action is crucial to stopping the spread of invasive species and to protect our extraordinary, irreplaceable native animals and plants,” Dr Sheppard said.  Australia has a great track record when it comes wiping out native species, with the highest rate of vertebrate mammal extinctions in the world.   Surely this can’t be allowed to continue.

“Prevention will be much cheaper and more effective than trying to control the spread of pests and weeds once there are established,” Dr Sheppard said.

Globally, invasive species are ranked as the fifth greatest issue facing the environment, but in Australia it is the number one issue.

Co-author and CISS CEO Andreas Glanznig, said the report offered a pathway to a pest and weed-proof Australia and showed the every Australian had a role to play in achieving this outcome.  “Invasive species have contributed to the extinction of 79 Australian native species,” Mr Glanznig.

“The challenge is for all Australians to work together to stop the problem from getting worse.”

“Together we can work to drive down Australia’s native species extinction rate – currently over four a decade – towards net zero extinctions.

“From suburban backyards to science labs, everyone can play a role in pest and weed prevention and control.” He said.

“Education and public awareness program are needed so we can enlist millions of Australians to help find and eradicate invasive species before they get a foothold.  The technology exists to establish a national coordinated community surveillance network, making it possible for everyone to get involved, to help find new invaders early before they can become a problem.”

Source: Wildllife Australia,  SUMMER 2021 – Vol. 58 No. 4   More at this link: Fighting plagues and predators     **Reference – Why is Australia a global leader in native wildlife extinctions?

Misunderstood mistletoe is a keystone species