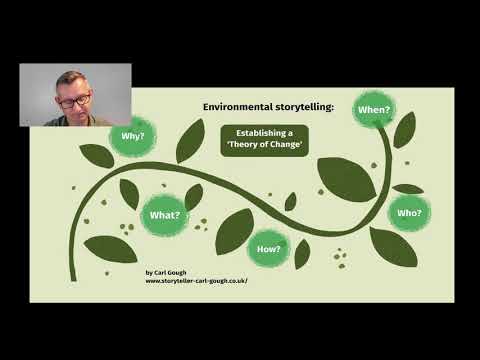 It wasn’t all that long ago when storytelling was valued as a means of passing down information from one generation to another. It was a common means of history telling as well, within indigenous cultures. Of course storytelling in terms of fables and personal history is common in modern times, but it doesn’t carry the same weight as in times past.

Enter the more recent stories being told by young activists the likes of Greta Thunberg, and we get a sense of what might be a new wave of telling the stories that needs to be heard if we are to have any chance of extracting ourselves from the stories that have been the normal narratives for the last 50 or so years. The fossil fuel story, the endless economic growth story, the shop-till-you-drop in the name of the consumer society story. Each of these are in conflict with, and therefore contravene, the Earth Story, the Universe Story, the one planet living story – the story of living as if we intended to stay.

In: Rewriting civilization for the ecological citizen: How and why storytelling can empower and mobilize sustained ecological actions, Amy Lewis (Ecological Citizen, Vol 6 No 1 2023), writes that we are living in times so troubling that it might be a good idea to pay attention to the stories past and present to get a sense of what might be helpful in our quest for making sense of, giving expression to the stories we carry within that might inspire action to address the multitude of problems before us.  She writes:

It may require, at the very least, the partial reinvention of civilization. Such a reinvention is, in part, a reimagining of ourselves as ecological citizens – and storytelling can help us to achieve that. An examination of the role of storytelling as a civilization-building activity and the science behind effective stories, shows ways of rethinking how the conservation sector should communicate with the broader public.

Those who dared to imagine something different to the norms of the day, in many cases kept their thoughts to themselves, for fear of falling out of favour with the elite. But throughout history, within every culture and especially within faith traditions, stories have been the means for communicating the messages of the those in positions of power – as well as those within the family and smaller social groups.  Writes Lewis: [The] vehicle for transmitting common values and behaviours among social leaders and the portions of the public who were not enslaved was very likely story.

Is it any wonder, then, that the first story, The Epic of Gilgamesh, concerns a friendship between two unrelated men? In large civilizations, kinship cannot be the only reliable force for social cohesion. As Harari writes,

Any large-scale human cooperation – whether a modern state, a medieval church, an ancient city or an archaic tribe – is rooted in common myths that exist only in people’s collective imagination. […] There are no gods in the universe, no nations, no money, no human rights, no laws, and no justice outside the common imagination of human beings. (2011: 463, 472)

For those who embark upon the journey of inventing the ecological citizen, as I do, forging a citizenry that is capable of mobilizing planetary-scale collective action, nothing could be more relevant to our endeavour than a comprehensive understanding of storytelling. In the past, civilization builders provided answers to the question of what it means to be human within the context of their new societies, answers in the form of stories that resonated with ordinary people and persuasively conveyed a code of conduct to which they could aspire. Whether we are conscious of it or not, stories are the basis for collective pursuits and sacrifice; when they are told well, they lay an enduring foundation upon which a society may flourish.

The full story is available at this link: Storytelling can empower and mobilize sustained ecological actions

Amy Lewis is the chief policy and communications officer at the WILD Foundation.

And this link for more: https://www.youtube.com/watch?v=FW08iZedouk