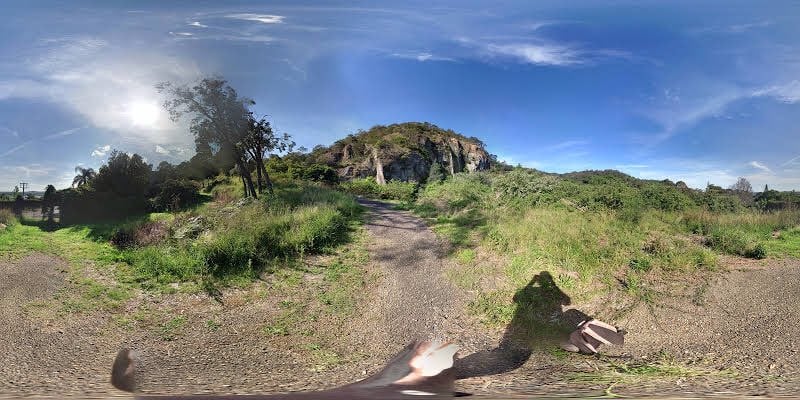 Much attention, indeed emphasis is given to conserving the earth’s biodiversity.  Taken for granted or not, without biodiversity it would be a drab and dreary old world.  Most tourism businesses would go broke, due to the bland and monotonous nature of the landscape.  Having said and acknowledged the importance of biodiversity, this overlooks another aspect of nature that took place quite some time before this, in order for the biodiversity to evolve and flourish.

Geodiversity is what came first, and yet geoconservation gets overlooked time and again.  Is there something lacking in our education agenda that has kept geological features off the landscape taken for granted.  If we trace the lineage of Lake Macquarie, for example, from the sail boats, recreational fishers, water paddlers and lake view residents, back to the beginning, the story is a series of amazing unfolding episodes across geological time. We’ve perhaps heard the saying we all stand of the shoulders of those who’ve been before. Apply this to Lake Macquarie and we find the scaffolding required for the building of the lake is many lifetimes of whatever species we might like to choose.

Whenever there is a period of disruption – what we currently have with the COVID-19 event – there is an opportunity for a time of reflection. This seems like an ideal time to revisit an aspect of the Munibung Hill story that has been, but need not be, devalued as we concentrate on the clearly visible and eye catching aspects of her qualities.  This reflection is consistent with a report prepared by Michael Pemberton: Conserving Geodiversity, the importance of valuing our geological heritage. (Michael Pemberton, Senior Earth Scientist, Tasmanian Parks and Wildlife Service (TPWS)).  It is reprinted here as an extract , with references 5 to 9 taken from the larger Fivefold Vision for Munibung Hill document produced by the Munibung Hill Conservation Society (MHCS).

Munibung Hill is an asset as a scientific, research and education site, with the capacity to inspire people because of her aesthetic qualities and features.

Being of the late Permian era, she predates the breakup of Gondwanaland and the age of Dinosaurs. At 251 million years of age, and 41,500 times older than the adjacent Lake Macquarie, Munibung Hill is a valuable local example of geodiversity. 5

The geological aspects of Munibung Hill provide us with the opportunity to showcase deep time. The installation of strategically placed interpretative signage would act to correct the imbalance that currently exists within our story of human society, where great store is placed on the things that move, the busyness and complexities of our urban lifestyles.

It is not uncommon to hear hilly landscapes described as nothing more than goat country – especially if there are rocky outcrops or steep slopes not suitable for agriculture. Nothing could be further from the truth, it is the living soil and the non-living bedrock that is the foundation for all the action on the surface .

The links that can be demonstrated between geodiversity and biodiversity make Munibung Hill an evolving learning laboratory that has already been identified as such by our educational partners. “Ecosystems depend entirely on their non-living parts be they bedrock, landforms, soils or related processes. Geo features can also have their own values irrespective of their relationships with biodiversity. However there would simply be no biodiversity without geodiversity.” 6

And when earth features are destroyed, reconstruction is nigh impossible, making it ever more urgent to retain and treasure what remains. “Most people would consider that earth features are rugged and do not need to be managed. In the abiotic or non-living world, in contrast to biotic or living things, features are typically fossil or develop so slowly that degradation is permanent and destruction, or extinction, of an important site can occur with the passing of one bulldozer blade, the removal of specimens, by collectors for example, or poor land management” 7

Munibung Hill is also significant in possessing cultural and spiritual values within indigenous communities. “Geological and geomorphological features have been valued for many thousands of years by indigenous Australians. They were obviously a part of their everyday life but also formed important landmarks for navigation, provided shelter, art sites, burial locations and places to sit and consume meals.” 8

The increasing number of visitors to Tasmania’s national parks that contain significant geological areas, is testament to how carefully crafted tourist information can work to drive up tourist numbers and support local businesses that service them. “To assist with the communication of the fascinating history of the earth and our continent to the large majority of people, who find deep time truly daunting, the links between geodiversity and biodiversity need to be emphasised. This would assist people to value the non-living environment. It would facilitate a greater appreciation of natural diversity and provide a pathway for the general public to better understand the complexities and wonders of our geological history.” 9