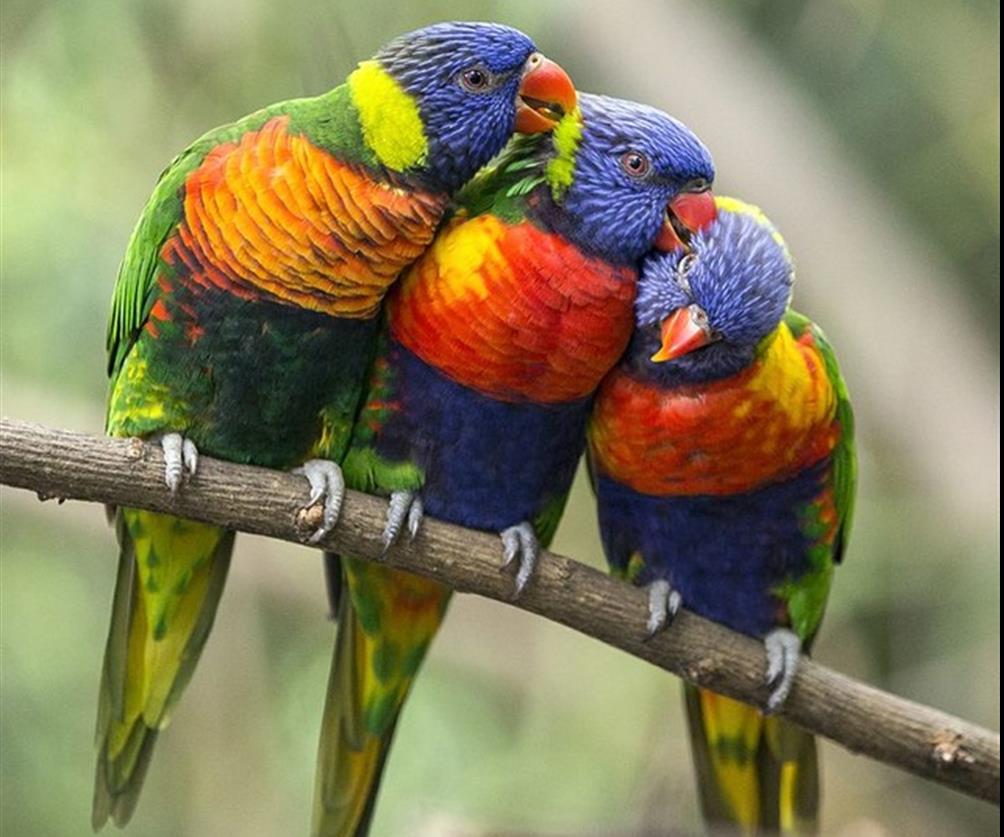 From his childhood in a country town noticing blackbirds and sparrows to studying brush turkeys in the suburbs, Professor Darryl Jones shares a fascinating story of curiosity, discovery, adventure, and conflict, played out in city streets and backyards. He also provides rare insights into the intimate lives of some of our most beloved and feared, despised and admired neighbours.  What seems like mysterious bird behaviour to us, is no mystery to Darryl. There are good reasons why birds – and all wildlife for that matter – behave the way they do. Years of close observation and consistent associations with dedicated students has been revealed in this wonderful book, Curlews on Vulture Street.  In this second blog post we provide some more extracts …

Did you know …
Rainbow Lorikeet roosts can contain up to a mind-boggling 35, 800 birds.
(Research finding of Savannah Daoud-Opit, Honours student, Griffith University, Brisbane.)
Why would so many Lorikeets want to hang out together in a city location that is filled with light   … page 231.
Too much detail to explain here – you will have to read the research findings in the book. 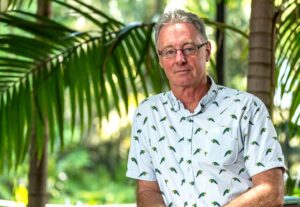 Says Darryl Jones: ‘Throughout my university career as an undergraduate post-grad, and junior academic, the unequivocal message from lecturers, colleagues, experts and most of the scientific literature intimated rather unsubtly that it was best to pretend that people don’t exist. Ignore them altogether or, if that’s not possible, treat them as a ‘confounding variable’, something you reluctantly acknowledge could be an unwanted influence on your carefully controlled study.  I provocatively wore a Peanuts T-shirt on which Linus declared:

Leoni Thomas noted that … ‘the stuff we do is all about people. They aren’t just a tricky part of the puzzle we can leave out. They are the puzzle. ‘
Leoni was particularly passionate about understanding those typical, everyday human-wildlife conflicts that are ubiquitous in cities.
During her Honours project she discovered that the brush-turkey conflict was largely about perceptions of losing control. The most upset where those who had carefully manicured gardens. When brush-turkeys invaded and rearranged the yard it was akin to taking over.  Those with a more relaxed perspective on the appearance of their yard were more likely to try for peaceful coexistence.  … page 241 & 242.

Reflections on the life of Ric Nattrass, former National Parks & Wildlife officer …
I wait for my eyes to clear, gazing out over the faces, all of which share something different to describe. Some words come, inadequate and insufficient.
It seems impossible to take in that this force of nature, this wellspring of hope and knowledge and enthusiasm, is no longer with us.
Ric Nattrass died in his sleep, in his bed, partner beside him, on 4 September 2009. He was 59,
It didn’t seem possible that this that this conduit of elemental forces had somehow stopped.  … page 271

It was Ric who said: ‘Coexisting is not just a theory; it has to be how people living in cities, live their lives, intertwined with the wildlife we share this space with, treating then with respect.’  … page 272

The Australian white ibis is possibly the most divisive of all the ‘conflict’ species. You might think that magpies should beat this epithet but when they aren’t bothering people magpies are one of our most beloved and celebrated birds. Ibis, on the other hand, are usually reviled as ‘bin chickens’ or ‘bump ducks’ (and other unprintable monikers); filthy, ugly, disease spreading vermin, poised to steal cupcakes from defenceless toddlers.  Outside the city, however, they are revered as ‘farmers friends’ or ‘natural angels’ for their service consuming insect pests.   … page 273

Signs, most home made, with direct messages such as: Please avoid walking here and Curlews have laid eggs and are nesting.  Two other signs, however, had been placed by Brisbane City Council and printed on coreflute.  These were worded either: Do Not Disturb. Ground nesting birds live here, or Ground Dwelling Birds Active in the Area (with photos of a curlew or brush-turkey). These signs were new to me, but welcome evidence that even the bureaucracy was noticing, or more likely, had been forced to notice the presence of the birds and risks posed by people. I was impressed.    … page 302

Curlews nest here. Bugger off.
Lara and her supervisor (Darryl Jones) having a look at Clive and Celia.  (These were two Curlews, kept safe under the watchful eye of Sybil Styles, a local resident).

‘Ninety four and going like a steam train, in case you’re wondering. I come out here early before the schoolkids start walking past. State High ratbags are the worst. Caught some boys throwing rocks at the curlews last week. Last year the birds got both chicks through to fledgling. I had the local Council representative organise the fence. The West End Men’s Shed made the signs. I came up with the text though. Do you think it’s clear enough?
….
‘I’m very pleased to meet you Mrs Styles. Can I ask: why do you like the Curlews so much? Some people think they’re a bit weird.’
‘Well I think a lot of people are weird!  And selfish and stupid and ignorant. These birds have been living here for millennia. I tell you, if humans last half as long as the curlews, we’ll be lucky.’
…..
Knowing they can survive and raise their offspring, even here, makes me want to protect them. They bring me hope.’
‘Let me tell you something,’ she said. ‘It was that fella on the radio that woke me up to it. Got me to see what was there any way. Once you look, properly, you see wild things all around. But they need help sometimes. I’m doing my bit for these two.’
She paused, as if trying to remember something. ‘Ric. That was his name. Ric, the ranger on the ABC.’   … page 304 and 305

In dense areas of cities such as CBDs the variety of birds is limited, but move to the outer suburbs and birds flourish areas with diverse habitats. Adding vegetation, and especially plants that grow locally, and something dramatic happens.  Native birds boom and diversity rises. This is not, however, the reconstruction of the original bird community; the changes to the environment have been far too pronounced for that. A select few species, and sometimes more than a few, move in and thrive.

Urban landscapes are comprehensively different to all other ecosystems. There are many reasons for this, but two are fundamental to understanding what is going on: people and change. These two factors define and characterize the ecology of cities.

The presence of people is both a threat and an opportunity for the species that live among us. We intimidate them, our pets hunt them, and many human structures and activities – swimming pools, roads and cars, chemicals, artificial light, disruptive noise, glass windows – pose genuine threats. The scale of death for birds colliding with windows, for example, is only now coming to light. There are myriad ways we make life difficult for urban species.   … page 311

We also feed them, provide water and, intentionally or otherwise, offer them places to rest and hide. Sometimes people actively try to assist and protect the birds they share their lives with.  People are responsible for all these relentless changes to the urban landscape. We want new, different and bigger homes, vehicles and structures, sometimes for the flimsiest of reasons, bringing perpetual alteration to cities and often at a disconcertingly rapid rate.   … page 312

Curlews on Vulture Street, by Darryl Jones is published by NewSouth Press, a division of the University of New South Wales.

Growth beyond limits on a finite planet cannot be sustained