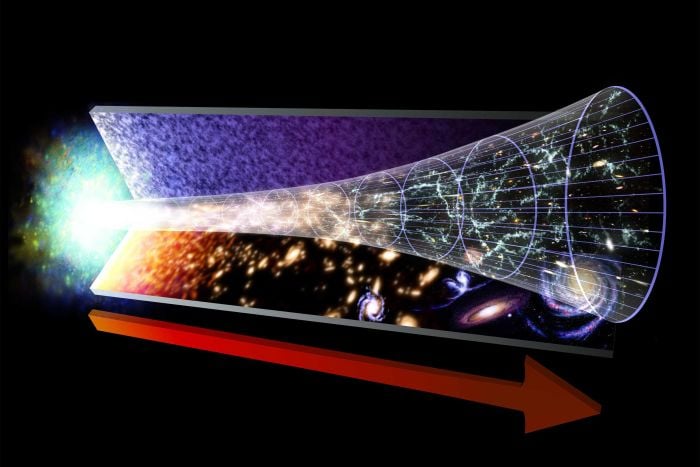 Earth science or geoscience includes all fields of natural science related to the planet Earth. This is a branch of science dealing with the physical constitution of the Earth and its atmosphere. Earth science is the study of our planet’s physical characteristics, from earthquakes to raindrops, and floods to fossils. Earth science can be considered to be a branch of planetary science, but with a much older history. Earth science encompasses four main branches of study, the lithosphere, the hydrosphere, the atmosphere, and the biosphere, each of which is further broken down into more specialized fields.

Earth science includes the study of how human activity impacts on the Earth’s environment, and design methods to protect the planet. Some use their knowledge about earth processes such as volcanoes, earthquakes, and hurricanes to plan communities that will not expose people to these dangerous events.

Typically, Earth scientists use tools  from geography, chronology, physics, chemistry, biology, and mathematics to build a quantitative understanding of how the Earth works and evolves. Earth science affects our everyday lives. For example, meteorologists study the weather and watch for dangerous storms. Hydrologists study water and warn of floods. Seismologists study earthquakes and try to understand where they will strike. Geologists study rocks and help to locate useful minerals.  (Source: Wikipedia, Earth Science)

At first glance it all seems rather remote from what Munibung Hill Conservation Society is focused on, which is valuing Munibung Hill as green infrastructure (part of an urban forest), protecting endangered ecological communities, ensuring that vegetation corridors are preserved and protecting habitat for threatened species; advocating for community access with walking paths and trails; recognising the importance of the land to Aboriginal people and   promoting the tourist potential with strategically located lookouts.

But it’s not, because the whole is made up of the sum of its parts.  Protecting each part is integral to protecting the whole.  Understanding how all these parts fit together and complement each other is vitally important.  Equally important is the quality of our understanding.  And that’s why this report by Professor David Blair for  is relevant.  Putting Einstein first: It’s time to stop lying to our children about physics  (ABC Science Ockham’s Razor, Friday 13 December 2019), is a call to ditch the physics of Newton for the physics of Einstein. 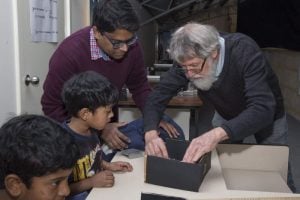 David Blair says: “In the world today a few scientists and technologists speak one language of reality, and everyone else, the consumers of Einsteinian technology, whether they be prime ministers, lawyers, primary school teachers or farmers speak the obsolete Newtonian language of reality.

“Neither does climate change. Tiny traces of carbon dioxide in the air make a heat blanket around earth because of the Einsteinian physics of photons interacting with CO2 molecules.”

“Understanding the physics of our world allows us to make better, more informed decisions. Without the language of Einsteinian physics all our technology may as well be magic. And we are beholden to whoever makes the strongest sales pitch,” says Blair (Picture at right teaching a group of school students).

For the full story click on this link:  Einsteinian physics

We are never far from wonders, including a “weaf”, says John Green