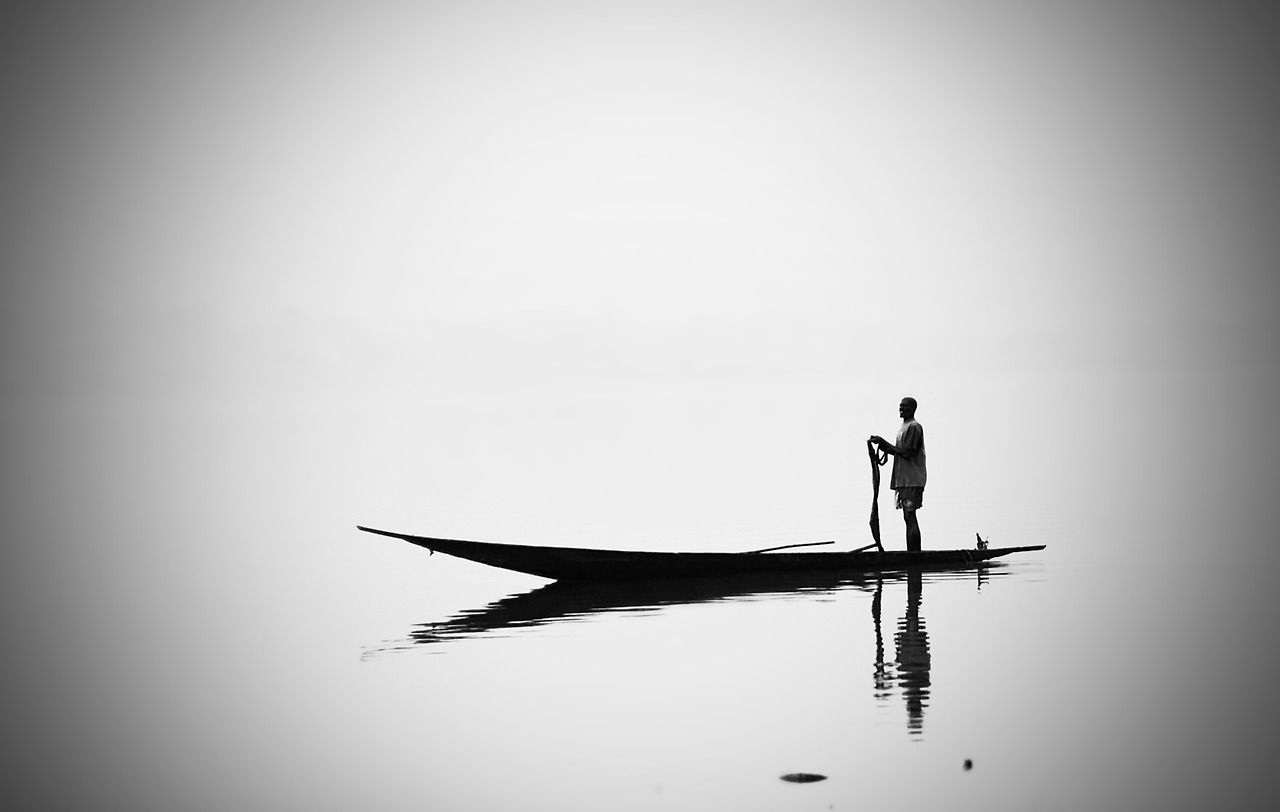 PICTURE: “We are limited to one vessel, with nowhere else to go.” Collections of the Smithsonian.com Annual Photo Contest, Rowan Mark McGann

In: A New Way for Stewardship of Mother Earth: Indigeneity, Smithsonian geographer Doug Herman proposes a return to sustain-able solutions, based on the path laid by Indigenous peoples for millennia. He makes a number of observations in support of concluding that we have arrived at the current state of affairs, where the human species appears to be in conflict with the Earth Laws of our cosmic Mother.

Observation one: “The sail plan we’re on is not sustainable.” These are the words Nainoa Thompson, navigator of the Hawaiian voyaging canoe Hōkūleʻa, used to explain why that canoe was embarking on its current voyage around the world: the “sail plan” of modernity is destroying our ability to live on this Earth, and the time to act is now. As a microcosm of the Earth, the voyaging canoe is a perfect model and metaphor for how to live on this planet. There is even a Hawaiian proverb, “The canoe is an island, the island is a canoe.” The same principles apply in both cases, and for the Earth as a whole: we are limited to one vessel, with nowhere else to go. What we have is all we have. How do we make it sustainable?

Observation two: “The authentic human self became defined not as part of the natural, or physical or biological realm…but sharply divided from those realms.” Collections of the Smithsonian.com Annual Photo Contest, Rachel Simpkiss

Observation four: “All of our ancestors would have found it horrific if they could see us now. As it ignores that on which our very survival is based, it is actually not rational at all.” Collections of the Smithsonian.com Annual Photo Contest, Ariful Haque

Observation five: “Real rationality takes a careful look at the science of how we are living and what’s going on with our planet.” Collections of the Smithsonian.com Annual Photo Contest, Gautam Basu

Instead of more modernity, or post-moderity, we need what we might call “indigeneity.” All of our ancestors were indigenous once, somewhere. Indigeneity is a way of being in the world: being indigenous to a place means having a depth of knowledge, understanding and connection to that place. Indigeneity also includes a sense of stewardship and responsibility for managing that place and working respectfully with its non-human inhabitants. Prior to that shift away from agrarian society that took place with the Industrial Revolution, most people on this planet retained some degree of Indigeneity under this definition.

This is not a romantic notion. Romanticism was indeed a 19th-century backlash against the culture of reason, but times have changed. Instead, we need what Dan Wildcat calls “Indigenous Realism.” We have science, and it’s good, it’s strong, it’s powerful. We have technology, which can be used wisely or not. And we have traditional cultural values to tell us what wisdom is. It’s time to put these all together.

Observation seven: “It is not ‘romantic’ to say that we are interconnected with and part of the Earth…” Collections of the Smithsonian.com Annual Photo Contest, Miguel Angel Vallet Burguillos

Now, what does the voyaging canoe teach us about living “Rationally” in the world? Remembering that “the canoe is an island, the island is a canoe,” we can take that a step further to thinking about how to live on this Earth. I have summarized this in five values.  To learn what they are, please visit this link to read more … A new way for stewardship

There are five other points to consider, all of which only works best with aloha—compassionate, loving kindness. And this may be where the culture of individualism has its weakest link. But as with all of these values, it can be reclaimed if we accept that we are all in the same boat.

A love song to attract a mate

Planetary boundaries provide ecological limits that are good for our health