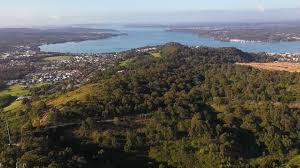 Australia is blessed with an abundance of wild, natural landscapes.  So where are the books that celebrate them? asks Hannah James in For the love of the land  (Australian Geographic, March-April. 2021). These few extract capture the essence of this article.  She writes:

They cover everything from canals to birds to islands to flowers to one single acre of Yorkshire moors.

There’s a competition dedicated to nature writing: The Wainwright Prize, launched in 2014.

Where though, are the equivalent writers in Australia?

Where are the bookshop tables groaning with lyrical evocations of the many wondrous places and creatures of this singular continent? Where are our prizes and polls and newspaper articles?

In the 19th century, says Inga Simpson, a novelist and nature writer who also teaches workshops in the genre, there were plenty of amateur botanists who translated the interest in the natural world into what we now call nature writing.

None of the early Australian nature writers are widely known.  Why not? 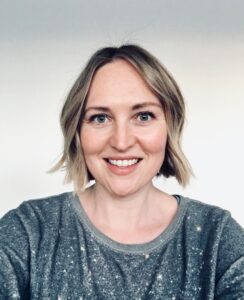 We’re so estranged from our own landscape, says poet and author, Mark Tredinnick, that we still haven’t made sense of those upside-down seasons.  Of spring, summer, autumn and winter, he says.  “Those very northern European terms are lovely, I use them in my poetry – but the manifestly don’t work.  They do a savage kind of injustice to what is really going on in any given part of Australia.”  The Aboriginal people who live around Sydney speak of six seasons, not four, for example.  Those seasons, says Mark, “are right and real and ancient because they note the interconnection between the winds and the rainfall and the flowering and what the birds do.  All that stuff mattered because you didn’t eat if you didn’t know which season it was.”

Yet few Australians today need to know nature so intimately.  According to the World Bank, 86 per cent of Australia’s population were living in cities in 2019.

“To the outside world,” says Mark, “we’re all deserts and kangaroos and outback, but we actually live in ghettos by the sea.  They’re pretty ghettos, but they’re profoundly disconnected from the bulk of the landscape.”  Our urban disconnection from nature, he says, means “we’re living in a world that isn’t here. We’re constantly aware of what isn’t rather than what is.”

This unfamiliarity extends not only to the seasons but to the very language we use to describe natural features.  The literature colonisers brought with them was, of course, English literature, full of descriptions of English landscapes that simply didn’t exist in Australia. “None of its diction and speech music fitted,” mark says.  “Words like glen and brook just do not belong here.  And so then we blamed the land, rather than change the language or listening for the languages that were already here.”

So why didn’t writers listen? At fault is the bloody colonial history our modern society still finds so hard to confront.  Back in 1968, anthropologist W.E.H. Stanner coined the phrase: “the great Australian silence”, meaning our collective unwillingness to face that history.  “The great Australian silence is certainly a powerful part of Australian public culture,” says Professor Tom Griffiths, environmental historian at the Australian National University, Canberra. “Australian nature writing is mired in the difficulties and legacy of conquest.  Australian writers have to deal with this and increasingly they know they can’t feel too easy about the availability of this land for a transcendental and aesthetic appreciation without first coming to grips with who lived her for so long first.”

Several Australian nature writers of the mid-20th century did try to deal with this history.  In 1935 zoologist Hedley Finlayson wrote: The Red Centre: Man and Beast in the Heart of Australia (before colour photography became widespread, the fact that Australia’s centre was red was news to most its citizens).

“As Finlayson wrote about Australian nature,” says Tom, “he began to really appreciate Aboriginal knowledge, the fact that Aboriginal people are ling in the Red Centre who are biologists and zoologists and know their animals and plants intimately.”  He cites Alice Duncan-Kemp who grew up on a remote pastoral station in south-western Queensland in the early 20th century, as another example.  “She was educated by the Aboriginal people who worried at the homestead and who would take her and her sister for walks around the land.” Says Tom.  “Her books were trying to make a literary version of Aboriginal storytelling.  So Australian nature writers were among the earliest writers to try to come to terms with Aboriginal presence in the landscape.”

Inga Simpson teaches nature writing courses and uses Annamaria Weldon’s essay Threshold Country as a kind of template for how to do nature writing responsibly in this country.

“She consulted the Noongar Elders and worked closely with one particular Elder, and really sought to understand his perspective and the Noongar perspective,” says Inga of Annamaria.  “That’s a really good model of consultation of acknowledging prior occupation and much deeper knowledge and connection..”

Nature writers are always seeking that deeper connection to the land, but by the genre’s very definition, it may be unattainable.  “Nature writing focuses on a view of nature as separate from us to some extent,” says Tim. “Even though it’s striving for intimacy, nature is there to be observed and enjoyed and appreciated as a further dimension of life.  Where as in Aboriginal worldviews, it’s inextricable from everything.  It is completely seamless with history and being.”

But Mark Tredinnick is confident of finding the words to express what needs to be said.  “We need to find a way of writing that has this sclerophyll cadence and syntax.”  And it will be threaded through with what Mark has called “the land’s wild music.  It’s here, we just need to allow ourselves to hear how the lyrics go.”