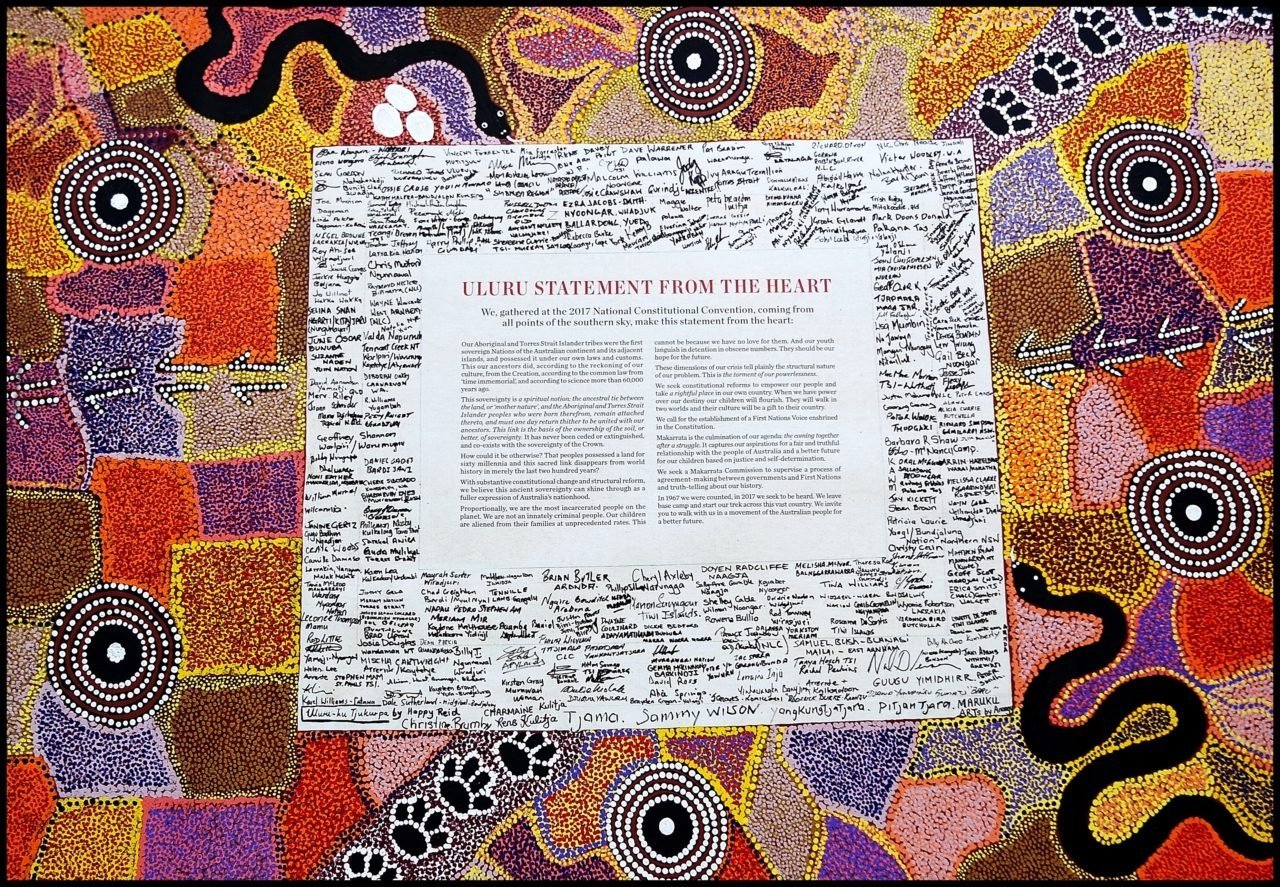 The false narratives we’ve been told that become embedded as social norms, require determination and resolve to change. The narrative that places indigenous ways of knowing outside the dominant culture had their origins in the colonial mindset that one was superior to the other.

“When a place and its people are cast as lesser, it makes it a whole lot easier to justify taking everything away from them.” – Ivy Brashear, Appalachian Transition Director at the Mountain Association for Community Economic Development, U.S. (Yes! Winter 2020)

The world over indigenous peoples are asking that we take steps to build lines of communication across cultures and beyond that to recognise wrongs done as well as the reckoning required to give substance to the sentiments that often amount to nothing more than motherhood statements.

In her essay 2020: A year of reckoning, not reconciliation,(Griffith Review, Matters of Trust, February 4, 2020) Teela Reid writes:

” … marking 250 years since the invasion of Indigenous lands, is Australia ready to Gari Yala (speak truth) and reckon with its past?

Let’s be clear: Captain Cook did not ‘discover’ the continent known as Australia. This must be the starting point for any dialogue about the relationship between the Australian state and the many First Nations that have never ceded sovereignty. Being honest about our past means having this difficult conversation, and it raises the question: is Australia ready for reckoning, not reconciliation?

Get ready to show up for this.”

“In 1968, a year after the 1967 referendum that altered the ‘race power’ to authorise the federal parliament to legislate for both the ‘benefit and detriment’ of Aboriginal and Torres Strait Islander peoples, the anthropologist WEH Stanner delivered the Boyer Lectures. These were watershed speeches in which he spoke of the ‘great Australian silence’ that could not ‘be explained by absent-mindedness’:

It is a structural matter, a view from the window which has been carefully placed to exclude a whole quadrant of the landscape. What may well have begun as a simple forgetting of other possible views turned under habit and over time into something like a cult of forgetfulness practised on a national scale.

In 2019, Arrernte and Kalkadoon woman and filmmaker Rachel Perkins delivered the Boyer Lectures. Her response to Australia’s structural amnesia and culture of forgetting was to call for ‘the end of silence’. Being a ‘quiet Australian’ is not enough if we want to enact enduring positive change.”

“Walk with us, as the call goes, not in pity but in solidarity, and with the imagination that this country can be better and do better. Now is not the time to be a quiet Australian. Now is the time to show up for the reckoning that I long ago promised my pop.”

Read the full essay at this link. Year of reckoning

Valiant attempts being made to turn the tide on disappearing species