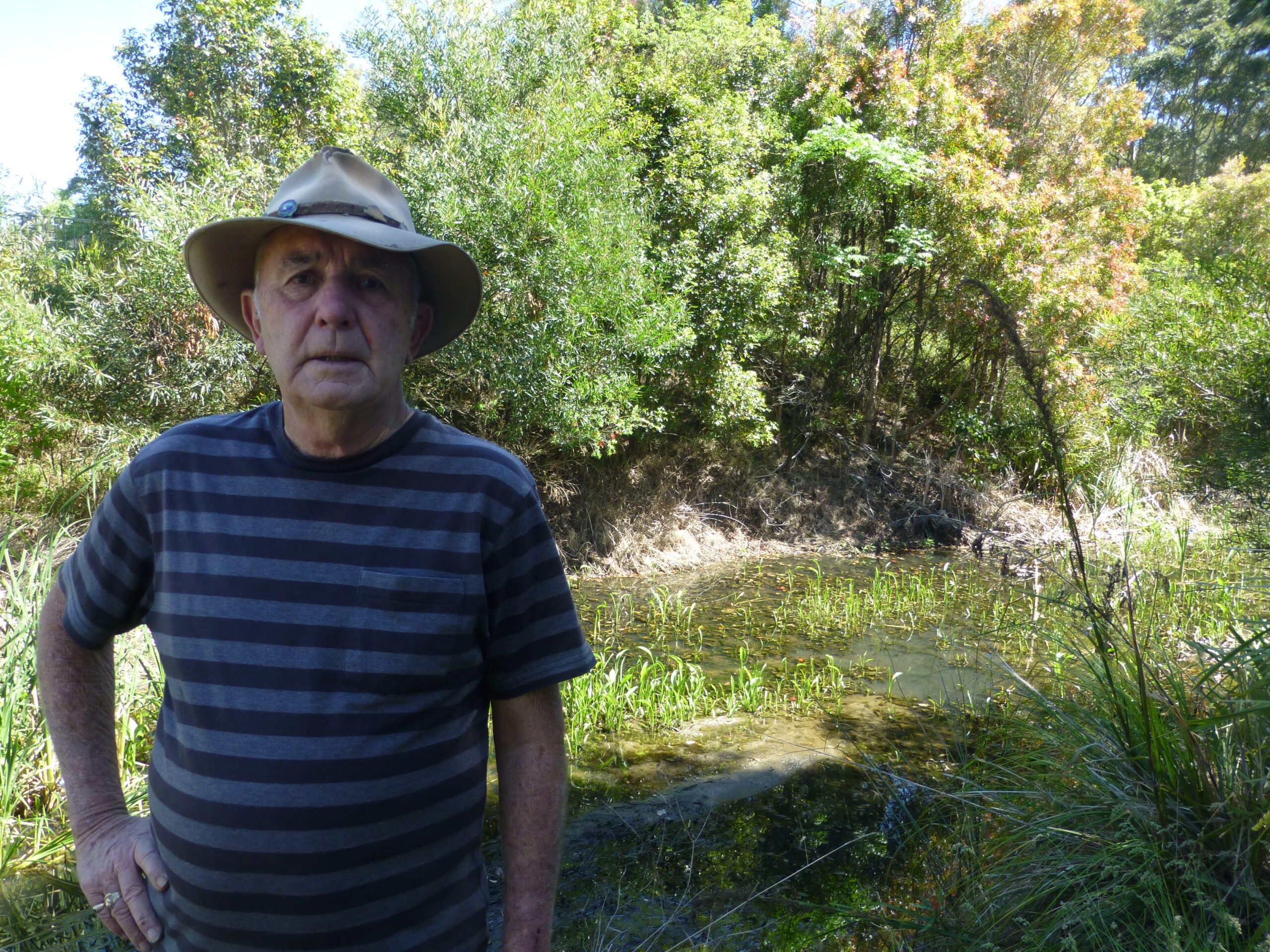 It’s easy to get caught up in the immediacy of daily events.  There’s something about taking time out to do a little harking back to times when life was slower and less complicated.  When communities were more closely knit and folks had to rely on each other much more. In a visit to Kevin Bullen we get his perspective on family and community life and how Munibung Hill was a prominent part of this mix.

Kevin has been in the Cardiff area for 76 years.  First at Russell Street, then Orchard Road, then purchasing a house in Grenada Ave, Macquarie Hill.  That was back in the days when there were only four or five houses in the entire area.

“Munibung Hill was open, for want of a better description – not hemmed in by housing estates as it is today – virtually cut off, disconnected* from surrounding bushland. That was around the time when the Macquarie Hills estate was built, starting about the late 50’s early 60s,” Kevin recalls. It was 1967 when Kevin moved into the area.

“The north side of the saddleback – this is how the locals described the ridgeline along the top of Munibung Hill – was all cleared as a grassy slope”, said Kevin.

“Just over on the other side of the ridge was a sheep farm owned by Albert Hawkins. The remainder of Munibung Hill was owned by J.A.Brown.”

“In Pendlebury Road, where the Roadhound building is today, there was the horseyard for a coal mine pit called Myall Extended Colliery.  At that pit, the tunnels went down under Macquarie Road.  From Myall extending along what is Pendlebury Road today, there were multiple coal mines; Ajax, Gartlee, Rose Buds and others.  The last pit was at the old Egg Board site,” Kevin said.  “Those pits were known as ratholes.  They were four foot seams that were all mined using underground tunnels. The area is still riddled with mine shafts that were capped when they closed, but the area is still unstable.”

Kevin was born in Cardiff and has lived in the area for 76 years.  He attended Cardiff Public School.  As a child from a young age probably until about 17 he spent a lot of time exploring the Munibung Hill bushland areas and also along the mining corridor.

“There was platypus in Winding Creek near / behind Evans Park.  They lived in a water hole around an area where there was a concrete V drain.  There must have been a family of 4 or 5 platypuses,” Kevin said.  “But they didn’t survive residential development.  The developers weren’t interested in protecting them. They weren’t considered worth the trouble.” We’d like to think it would be very different nowadays.

“Munibung Hill was teaming with life when I was a kid,” says Kevin.  “There were birds everywhere, and still are – parrots, swarms of starlings, massive numbers of cockatoos, rosellas, and galahs.  Not so many Black Cockatoos.  Smaller birds such as finches and blue wrens were all over Munibung Hill, especially the banded diamond finch that burrows into the sides of banks for nesting especially around the creeks that had more water in them in those days.”

“Reptiles such as the frill necked lizards and water dragons were common especially along Munibung Creek and Winding Creek.”

“The creeks of Munibung Hill were much moister back in the days when I was young,” says Kevin.  “A prime example is Munibung Creek.  As a child the creek used to flow almost constantly, not always visible at a distance, but the creek would trickle most of the time.  In some parts of the creek we’d catch crayfish or crawchies –as the locals called them – lots of eels, frogs and tadpoles.  We’d use some of these, tadpoles, for fish bait when we went eeling.  There were tons of tortoises in the creek as well, but you don’t see nearly as many today.”

“There were foxes, not so many feral cats back then, but with the increase in suburbs, people love to get a kitten for the kids.  When they grow to be cats they let them go.  Feral cats are a real problem today.”

“Bandicoots were common on the slopes, but again we haven’t seen Bandicoots for years now.  Bandicoots used to come down to the mines for the horse feed,” recalls Kevin.  “And possums, including ring-tailed and brush tailed, more so in the denser areas of Munibung Hill.”

Rabbits have also been common for as long as Kevin can remember; and foxes as well.

Kevin remembers the many family picnics on the top of the Munibung Hill saddleback.  “Us kids would drag sleds up to the top and slide down at a great rate of knots.”

Before taking up a job with Lake Macquarie City Council (LMCC), Kevin’s father was a wood machinist, preparing timber for boat building at the Newcastle State Dockyards. Kevin made the sleds from Teak timber off-cuts; these sleds went like a rocket.

When the novelty of the sleds wore off, the children turned to push bikes, not only for fun but also for getting around.

“It was very common for us to walk out to Warners Bay to go swimming in the lake. We’d often follow the creek lines and informal tracks across Munibung Hill.” 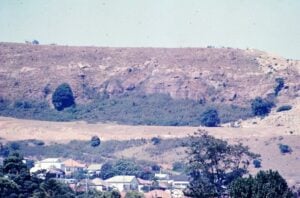 The family didn’t have a car, so walking and public transport were the main ways to get around.  When Kevin’s father changed jobs to work at LMCC, he would often walk home from work. He’d take the bush tracks across Munibung Hill – the ones Munibung Hill Conservation Society (MHCS) has now mapped and named the Wantalong (Wattle Tree) Walk and part of the Kantalong (Spotted Gum) Walk. To get onto these tracks from the west start at Seventh Street, Boolaroo; from the north east start at Lawson Road and Lucilla Ridge, Macquarie Hills.  Then walk up over the ridge.

Kevin Bullen is a Horticulturalist who spent most of his working life as Parks Supervisor with LMCC.

*connectivity is one of the measures now used to indicate good planning with regards to access to green spaces, recreation areas, community and retail areas.

Can we put an end to species extinction?

Incy-wincy spiders are waiting to be discovered