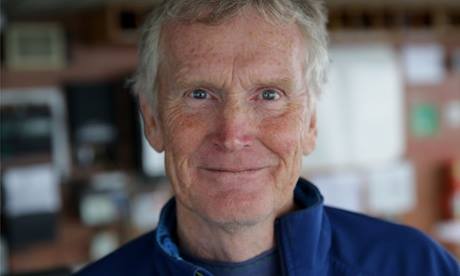 Climbing Munibung Hill is nothing like climbing Mt Everest.  Being a hill, not a mountain it doesn’t come with the challenges of hundreds of other places, but it doesn’t matter.  Munibung Hill has its pinch points and depending on one’s level of fitness, these steep grades are enough.  Anything more would put people off, since we’ve never suggested that Munibung Hill is a place to be conquered.  She is close enough to be accessible to many and once in the bush, provides a sense of being away from the busy-ness of suburban life.  These observations from Greg Mortimer in Things I’ve Learnt (Smith Journal, Vol 19, Winter 2016) indicate that getting into nature is what matters; distancing ourselves from technology; being immersed in an other-than-human-made-up-world; paying attention, being mindful, sufficiently to reconnect with what he calls our primal selves.***

Climbing is like a game
I’ve given up trying to figure out why I climb.  I just like it, and always have done.  From about the age of 12, my mum and dad would let me go up to the Blue Mountains on my own for the weekend to go climbing, and I’d sleep in caves.  I find the combination of the physical effort and the mental focus climbing demands to be a really delightful mix.

Being away from everything is addictive
I have found with the passage of time a deeper and deeper satisfaction being in isolated, wild places.  It’s not so much a function of isolation but of wilderness.  It’s that unrelenting, unforgiving, uncompromising sense of power you get in wilderness and the sense of humility that comes from being exposed to nature.  When you get used to one level, you want more.

People need to get out more
It seems to me, that the more virtual our world becomes, the more important wilderness becomes because it requires your attention to the here and now.  I have a sneaking suspicion that the need for contact with wilderness is a primal desire buried in most of us.  I believe there’s great wisdom to be found in that connection of our primal selves to nature.

We don’t need WIFI everywhere
Social media and the internet are powerful tools that we’re coming to grips with, but they are overprinting our primal needs.  We see it in the way we increasingly interpret our reality through the internet.  In so doing, we are distancing ourselves from our immediate surroundings.  At Everest Base Camp now, campsites have satellite phones, internet connection, movies and comfortable lounge chairs.  This takes the participants back to where they’ve come from, which is a bit sad, because they’re not being present.

It may be commercial, but mindfulness isn’t a bad thing
Mindfulness is conventional wisdom that’s been around for 3000 years, and thankfully we keep coming back to it.  The current mindfulness movement has a commercial side to it, but as a social development, I think it has great value.  If it does the trick, it’s an awful lot better than thinking about the football scores.

Greg Mortimer is a mountaineer and explorer.  He was named by the Australian Museum as one of Australia’s 30 greatest explorers.

These are extracts from a longer interview with Leta Keen, published in Smith Journal, 2016

*** Your Primal Self is that wild, earthy, natural part of you that is not bound up in expectations, judgements, or ideas of who society thinks you should be.

The forest is a village