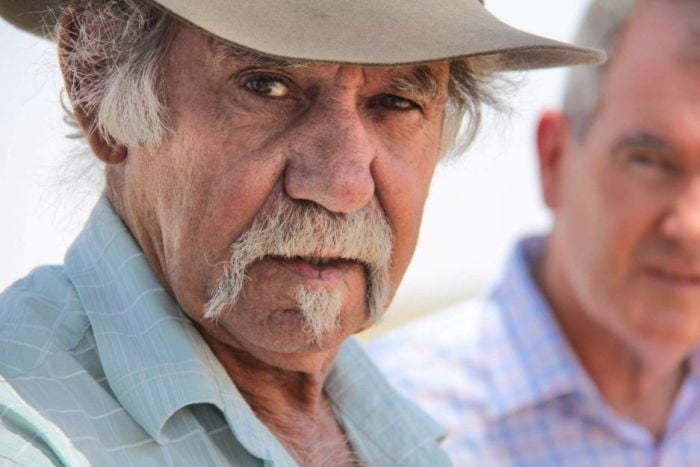 Image: A renowned artist and Aboriginal Sites Officer with National Parks, Badger Bates has been talking about the health of the Darling River for years (ABC/Paige Cockburn)

Badger Bates writes: “Our Barka means everything to us, it is our mother. It is who we are. The Barka provides food and medicine, inspiration for art and dance, places to swim, yabby, talk, camp and relax. The river is life. Now they’ve stolen that, too.” (Barka in Barkandji language means river)

Young people could be forgiven for thinking that their geography lessons at school are interesting theories but not grounded in the real world.  After all, listening to the hourly news bulletins, they are constantly told that we are living in an economy. If whatever act of human endeavour doesn’t pass through the market, then it’s not counted.  Those endeavours are called externalities – given little or no credit, literally sidelined, outside the economist’s gaze – an annoyance that will somehow go away.

There’s no consideration given to the reality that the economy is an invention of the society and the society is embedded smack bang in the middle of the ecological systems upon which everything else without exception depends. It’s all about numbers and balance sheets for the classical economists. Theirs is a world of denial and make believe. Constantly trying to make the earth fit into a series of straight jackets this market driven interpretation of how nature works struggles to acknowledge indigenous ways of knowing, let alone the idea that trees and forests might have standing at law or a river might have rights.

If we take water as a case in point, then from an economists perspective, selling water on the open market to the highest bidder, is a perfectly legitimate act, irrespective of the life that lives in the water in the river and the communities that live along its banks.  Economic growth is what matters. If the consequences are that there is insufficient water for the river to flow and the life that lived in the river is left high and dry and the communities are ‘starved’ of water, then tough bikkies.  This is how the free privatised water market works.  It’s not about the life that lives in or the people who live along the river, it’s about the traders and the brokers and the accountants.

Elizabeth Farrelly, Rivers of denial are testing the waters (SMH 28-29/09/2019) writes about a new art exhibition that has opened at the S H Ervin Gallery, in Sydney:

‘River on the Brink details the demise of our largest river system, the Murray-Darling. Former Howard adviser and adman Geoff Cousins opened it, flanked by desolate images of a broken river from Euan Macleod, Ben Quilty and Guy Maestri. He gave a blistering speech.

“There are two other rivers running wild and free,” he said, “right next to the Murray-Darling.” In a room filled with images of dessicration and death, the crowd’s ears pricked. New rivers? Inland seas?

But no.  “The first,” he said, “is the river of greed. It’s running wild and free in full view … And the second river … It is the river of negligence and denial.”

‘People were stunned. Businessmen don’t talk like this. But there was no euphoria. Indeed, it felt almost funereal, a wake. Old pictures showed the river full, thronged with boats and fish. Even 10 years ago, when I swagged on its banks, water flowed strong and deep between giant redgums. Now, barring a few isolated puddles, it’s dry,’ writes Farrelly.

“The river of negligence and denial … is the river where people who know better turn a blind eye, not only to particular issues of the Murray-Darling but to the thing it’s so difficult for members of our current government to even say. The two words, climate change.”

Sure it’s something we need to pay attention to, but so long as it doesn’t slow economic growth. To which Farrelly reminds us of the chilling words of Greta Thunberg:  “We are in the beginning of a mass extinction and all you can talk about is money and fairytales of eternal economic growth.”

To read the full story go to the link: Rivers of negligence and denial

In our own neighbourhoods and with Biodiversity Day on October 3, we are not immune from the clutches of economic growth.  With each community of trees felled, each megalitre of water 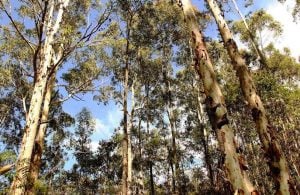 traded, each species depleted due to destroyed habitat, biodiversity is reduced and the capacity of bioregions and catchments to meet human needs as they did before these reductions took place means that we are in draw-down territory.

‘Each successive civilisation has withdrawn natural living capital instead of balancing land clearing with replanting and when the natural forests go, so do the animals and plants that live in the forest ecosystem,’ writes Tim Roberts in: Biodiversity day celebrates local heroes (Newcastle Herald, Sept 30, 2019).

Trees “… there is good science and good sense in proliferating these natural carbon capture and storage structures which also generate our oxygen. Trees also ameliorate our weather, promote rain and provide innumerable ecosystems for other plants and animals. We need to plant trees to counter the deforestation that has been one of humankind’s most enduring skills.

Biological diversity encompasses all the different plants, animals and microorganisms, their genes, and the terrestrial, marine and freshwater ecosystems of which they are a part. Over the last 200 years, Australia has suffered the largest documented decline in biodiversity of any continent. 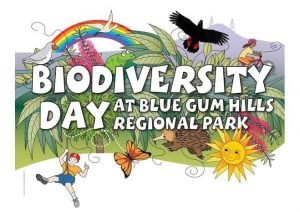 So let’s not kid ourselves, to grow (to increase) on the one hand, unless it is done with extreme caution and care, inevitably leads to a decrease on the other.  Mortgaging the earth, as Bruce Rich would say. Why worry.  Let tomorrow take care of itself.  Leaving a debt for the next generation to deal with, is a variation on spending-the-kid’s-inheritance, except this one is on a massive scale.  Seen as smart thinking once upon a time.  Once upon a time, sounds more like some fairytale, as Greta Thunberg said.