Clare Dubois had one of those aha moments a few years back. It was the motivating factor in what has become a worldwide program to plant millions of trees in places where millions of trees have been removed. Dubois and a friend, Bernadette Ryder, head up the organisation TreeSisters. 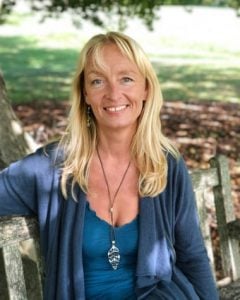 In Can trees save the planet: Patrick Barkham (Guardian Weekly, 28 June 2019) reports on the incredible work being carried out across six countries including Madagascar, India, Kenya and Cameroon.  It must be absolutely heartbreaking for these women to be witnessing the current Amazon rainforest fires raging in Brazil, one of the countries where they are trying to stem deforestation that is taking place in the name of agriculture and cattle ranchers. Read this CNN report here: Rainforest burning at alarming rate.

“We have to make it as natural to give back to nature as it is to take nature for granted,” Dubois says, musing on the need to “shift from a consumer species to a restorer species”.

In March the United Nations announced a Decade of Ecosystem Restoration and has set a target to restore 350m hectares – an area bigger than India – by 2030.

This is without doubt a worthy goal.  Words alone though, don’t change the reality on the ground.  “Dubois points out that it isn’t as simple as just grabbing seeds and saplings and sticking them in the ground. Non-native plantations can cause problems for biodiversity, local livelihoods – or both. Grand pledges aren’t always met. Dubois is only “vaguely heartened” by the new mood. She points out that a 2014 UN declaration pledged to halve deforestation by 2020. Instead, record deforestation ensued and in 2018 an area of primary forest the size of Belgium was lost, the third-highest annual depletion since records began in 2001.

We are fortunate that people like Dubois do not give up easily.  It is more than merely a tree planting program that some people say could be undertaken by smart modern technology like drones. But for good reason, TreeSisters reckons that drones are not the answer.  They don’t contribute much to a living social fabric or community wellbeing.

TreeSisters’ philosophy is different: local, community-based reforestation with native trees in the tropics. “The tropical forest belt provides cooling and rainfall,” says Dubois. “It’s part of the delivery system for a habitable climate for all of us.”

Says Markham: In western countries, TreeSisters continues to raise awareness of a feminine way of responding to ecological crises and climate change, and the need to balance consumption with restoration. Dubois wants to embed restoration into every financial transaction: in other words, everything we buy must also include “a kickback to nature”.

“Extinction Rebellion has blasted through collective denial and there’s suddenly a longing for solutions,” says Dubois. “We’re saying: ‘Let’s not wait for the government, we the people are the solution and can drive massive change.’ We’re talking about how we can move from rebellion to restoration.”

From a single leaf to tree of leaves, nature is awesome