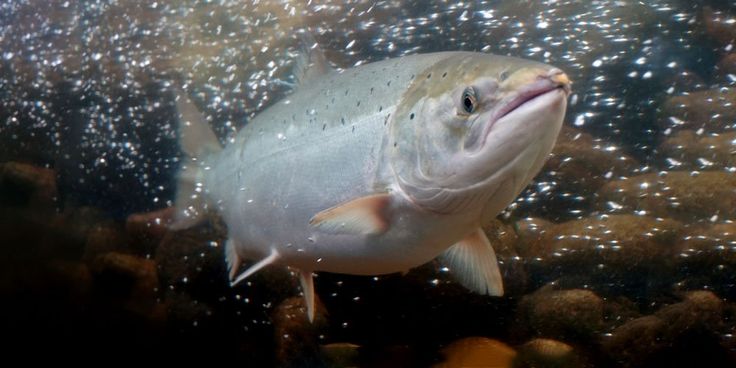 For some people this is a step too far, but research is coming down on the side of an understanding that other than human beings are beings with a consciousness that is not unlike our own, except that we don’t and probably never will fully understand it, because we can only ever understand the world according to our own understanding.  Just like you can’t put an old head on young shoulders you can’t be a fish and a human person at the same time.

But that shouldn’t prevent us from having a really good go at appreciating the otherness of our fellow earthly travelers.  And this is the story about just that.

In Dreaming in the key of Sea, James Bradley (COSMOS, Issue 89, Dec 2020 – Feb 2021) relates the findings of those studying the other than human beings of the remarkably diverse fish world.

“ …. the diversity is only the tip of the iceberg.  Over the past two decades, researchers have amassed an impressive body of evidence that fish not only think and feel, but exhibit complex social behaviours and sophisticated cognitive abilities, are capable of learning, problem solving and tool use, and possess culture and even the sort of self-awareness previously assumed to be restricted to primates, dolphins, elephants and a few species of birds.”

Macquarie University behavioural ecologist, Culum Brown, is challenging our ideas, suggesting that these discoveries demand we rethink not just our assumptions about the cognitive capacities of our finned cousins, but challenge our ideas about what intelligence is.  “ … fish for example are not only capable of remembering they are capable of learning from each other through observation and interaction, meaning information can be passed between individuals and between generations.”

“ …. when Jane Goodall came up with a definition of tool use it had nothing to do with appendages; instead it was all about using an object to achieve a goal.”  Brown contends that Goodall’s ideas are correct, and “the most important element in tool use is the intention of the animal, its desire to achieve a goal that would elude it without the tool.”

The emphasis upon intentionality and the manipulation of the environment opens up a broader approach to our understanding of the evolutionary origins of such abilities.

What this is all leading to says Brown, is the reality that fish [and other species beyond the subject of this article] are self aware.

A century ago the German biologist Jacob von Uexkull coined the term umwelt – literally “surrounding world” – as a way of capturing the way different organisms inhabit different realities, each defined by their particularly sensory world.

The world of a fish, its umwelt, is radically different from our own.  Fish inhabit a liquid environment, a weightless world of currents and eddies, and like birds of the air, float in three dimensions rather than the two-dimensional world ground-based animals like ourselves take for granted.

Bradley asks, ‘Can we even start to comprehend such a radically different way of being?  After all, many of us struggle to imagine our way across lines of gender or culture.  What must it be like to exist in a world where magnetic fields have dimensions.  To be able to see the direction of light.’  And so on.

‘It has been argued that our minds simply cannot comprehend such fundamentally different ways of being in the world.  Ludwig Wittgenstein suggests that: “if a lion could talk we could not understand him”; likewise Thomas Nagel says consciousness was essentially subjective, meaning that not only is it impossible to reduce the experience of consciousness down to a purely material explanation, but – in an echo of Uexhull – that there is no such thing as objective experience. 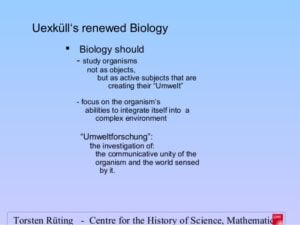 But perhaps the real question is not whether we can imagine their world [these other than human worlds], but what it might mean for us to try.  How might we change the way we see them?  How might that change us?

The philosopher Donna Haraway writes of the importance of making kin with other species, of recognising our connectedness with the non-human world.   ‘ ….by making kin connections, demands we reimagine our selves and our place in the world.’ [That it is as much their world as it is ours].

As Culum Brown suggests, ‘mightn’t consciousness be better understood as something multi-variate; a multi-dimensional space shaped by the sensory and cognitive abilities of different species?  A function, in other words, of its umwelt?  As Alex Jordon puts it,  “there are many, many paths to many, many different places.  To argue there’s just one developmental scale of cognition and that’s the way a fish or a bacterium or a plant or any other thing interacts with the world, is just narcissism.”

When we destroy species integrity; when this leads to the loss and the removal of knowledge passed down over thousands of generations, what we are doing according to Brown is: “Effectively destroying animal cultures which are unlikely to be ever the same again.”  He describes this process as “cultural genocide” and believes the consequences have probably been underestimated.

Maybe by recognising their individuality, their capacity to think and feel and learn, we might begin to see not just them, but ourselves, differently.  Perhaps we might, as Haraway says, begin to make kin with them.

Note: Umwelt is the name of the consultants engaged by LMCC to prepare a Management Plan for Munibung Hill.

Hooked on chemicals poisoning us and the Earth – enter green chemistry

A wonderment of nature leads to Roadkill Reporter