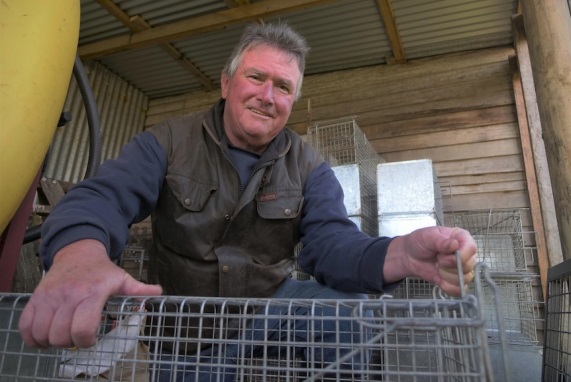 Invasive species have been an issue for the Australian landscape almost from the first day Europeans set foot on this magnificent continent which was never terra nullius. If we accept that we basically invaded what was occupied territory, then we are an invasive bunch that has brought in a continual stream of other species foreign to these shores.  So it’s not surprising that all these years later we have feral cat problems, since they were one of the species introduced early on.  All these years later we continue to deal with the onslaught of these hunting animals that have colonised the land. Reporter Sarah Abbott, in: Community groups lead action on feral cat control, trapping in Tasmania (ABC Northern Tasmania, 15 Sep 2022) writes that things have got to a such a state in Tasmania that sections of the community have taken matters into their own hands.  And it’s getting positive results.  Writes Sarah:

Tasmanian sheep farmer Greg Squires became interested in trapping feral cats on his property when he began seeing them “out and about in broad daylight”.

“I figured if we were seeing them out during the day, then there were a lot of them around,” he said.

Mr Squires said he wanted to reduce the number of feral cats in his area, both to protect his stock from the diseases they carry, and protect native wildlife from predation.

He is one of eight cat trappers in the West Tamar Landcare Group, which is one of a number of environmental groups across Tasmania taking action to address the “feral cat problem” in their patch.

Landcare Tasmania boss Peter Stronach (pictured above) said many groups were becoming involved in feral cat management because they could “see the issue … plain as day” and were “sick of waiting around” for a government-led solution.

“They just want to get out there and [tackle] it,” he said. 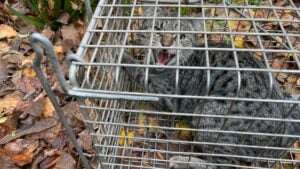 Mr Stronach’s organisation has been running cat management information sessions in various catchments across the state,

Mr Voller said members of the West Tamar Landcare Group, along with other local landholders, decided to take a “holistic approach” to manage feral cats in their area, which involved developing a project with three primary arms.

The first, he said, focused on building community awareness of the feral cat problem and encouraging responsible pet ownership.

The second arm focused on encouraging cat owners to desex and microchip their cats, partly by offering people financial incentives to do so.

And the third arm involved, “with community consent and understanding”, the trapping of feral cats across the target area.

Old trees and what they can teach us