Featured image: Eastern bandicoot, living on Munibung Hill, is a close relative of the Bilby – one of the species on the to-save list.

With Australia at the forefront of species extinction, it will require a concerted effort from government, with encouragement from the community, to turn the tide.  Some bold plans have been proposed including the latest announcement from the NSW Minister for Energy and Environment, Matt Kean.

In, Radical plan to halt mammal extinctions in NSW, Peter Hannam  (SMH, August 24, 2019) reports that: ‘Mr Kean has pledged to reverse native animal declines, starting with 17 mammals that have become extinct in NSW but survive elsewhere, by building fenced-off sanctuaries in national parks. Targeted animals include the greater bilby, the bridled nailtail wallaby and the western quoll.’

The extra legal protections would be implemented first in three so-called rewilding regions that have created feral predator free areas in Mallee Cliffs National Park, the Pilliga State Conservation Area, and Sturt National Park.  The fenced-off areas would have feral cats and other introduced threats eradicated before the native animals were reintroduced. 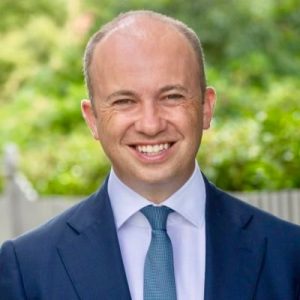 “It’s a stark statistic,” Mr Kean told the Herald. “We don’t have to accept this – we have a choice.”

“There were diaries of our early settlers, who when going through this bushland, had to dismount from their horses because there were so many animals around.”

“We are facing a crisis in Australia like no other, so we need to lead the way,” he said.

“National parks now are all about preserving what we have. We’re going to bring back what we’ve lost.”

As always a critical factor in protecting native mammals from extinction is habitat.  So it is pleasing to see that Mr Kean’s announcement includes an increase in, ‘the size of the state’s national park estate by 200,000 hectares within two years, ‘ reports Peter Hannam.

Why we must protect trees

On the right side of time