This week we are again delivered findings from highly qualified scientists reporting on alarming findings from nine hotspots around the world, including Australia.

In: Climate tipping points — too risky to bet against, Timothy M.Lenton and his six co-authors (Nature, 27 November 2019) note that: “The growing threat of abrupt and irreversible climate changes must compel political and economic action on emissions.”

Up until now there has been little action on the reports that have been coming out all year.  What must it be like for a group of eminent scholars to be ignored by the powers that be? Will this be the report that causes a tipping of political will to take the climate emergency seriously, or will it fall on deaf ears and mute tongues once again. Lenton says:

In our view, the consideration of tipping points helps to define that we are in a climate emergency and strengthens this year’s chorus of calls for urgent climate action — from schoolchildren to scientists, cities and countries.

Here we are experiencing land heatwaves and extreme bush fires but we are oblivious to other issues unless someone draws out attention to them.  This report raises the alarm noting nine key areas of concern.

Climate change and other human activities risk triggering biosphere tipping points across a range of ecosystems and scales (see ‘Raising the alarm’).

Ocean heatwaves have led to mass coral bleaching and to the loss of half of the shallow-water corals on Australia’s Great Barrier Reef. A staggering 99% of tropical corals are projected2 to be lost if global average temperature rises by 2 °C, owing to interactions between warming, ocean acidification and pollution. This would represent a profound loss of marine biodiversity and human livelihoods.

As well as undermining our life-support system, biosphere tipping points can trigger abrupt carbon release back to the atmosphere. This can amplify climate change and reduce remaining emission budgets.

If the circumstances were closer to home;  if each of us were one of these scientists we wonder would it be any different.  It seems as though politicians and many within the business world and in the general community are living in a bubble that distorts their views of reality, such that they are unable to grasp the gravity of the what the scientists are saying, preferring to pay more attention to the the ups and downs of the economy. 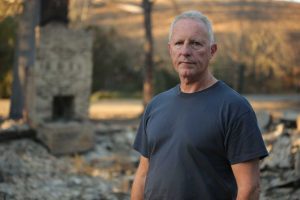 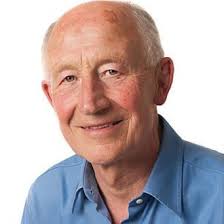 emergency, why can’t the PM? by Ian Dunlop (SMH, 10 Nov. 2019) [Picture left]  Read more at this link: Denialists leading us to catastrophe, I. Dunlop

Five (plus one) benefits of nature according to scientists

Ecological beings – could this be the new normal?