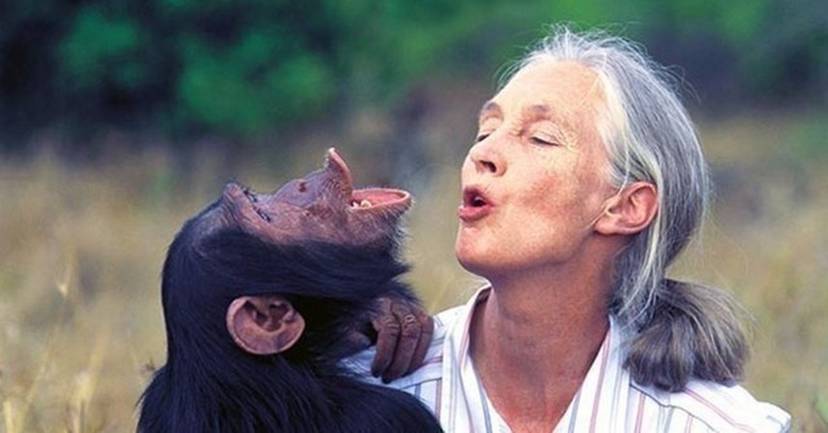 For many people animals are part of their business. In these instances animals are viewed as property to be bought and sold in the market place like any other commodity – no different to a piece of furniture, electronic gadgetry or white good such as a refrigerator or washing machine.  This hasn’t always been the case.  Indigenous people viewed animals as kin, and while they hunted and trapped them for food, it wasn’t on the scale we raise cattle or harvest fish.

So it should come as no surprise that new research is confirming what many have taken as given for ages, that animals are sentient beings and deserve greater protection at law.  In: ACT’s new animal sentience law recognises an animal’s psychological pain and pleasure, and may lead to better protections. Jane Kotzmann (The Conversation, October 3, 2019) who is Lecturer in Law, Deakin University, explains what this means for animal welfare and where it is being applied in Australia.  She writes: After a chimpanzee named Flint recently lost his mother, renowned primatologist Dr Jane Goodall wrote:

The last short journey he made, pausing to rest every few feet, was to the very place where Flo’s body had lain. There he stayed for several hours, sometimes staring and staring into the water. He struggled on a little further, then curled up—and never moved again.

Dr Goodall’s anecdote of Flint’s grief illustrates the concept of animal sentience – that animals have their own subjective experiences and feelings, including positive feelings like happiness and pleasure, as well as negative feelings like pain and suffering.

In this respect, scientific research is clear that most animals are sentient. In particular, many animals are able to experience physical and psychological pain in a similar manner to humans.

In fact, the concept of animals’ sentience has become increasingly important and was recently enshrined in law in the Australian Capital Territory, an Australian first. Here’s what that means for animals, and for future legislation.

What the law says – After the amendments to the Animal Welfare Act 1992 (ACT) come into effect, its purposes will include to:

Recognise that animals are sentient beings that are able to subjectively feel and perceive the world around them.

The Act will also recognise the “intrinsic value” of animals and impose a “duty of care” on people to ensure good animal welfare.

In the UK similar laws are being enacted.  This story: Octopuses, squids and lobsters could become ‘sentient beings’ in the UK, by Harry Baker    (Live Science 27 November 2021), notes how: The decision comes after a new study reviewed hundreds of scientific papers on pain reception among the invertebrate groups.

A number of marine animals — including octopuses, squids, crabs and lobsters — will be recognized as sentient beings as part of a new law proposed by the U.K. government.

The Animal Welfare (Sentience) Bill was first proposed in May and is currently under review. The proposed law originally included all vertebrates, or animals with a backbone, but no invertebrates. However, on Nov. 19, the U.K. government announced that two invertebrate groups — cephalopod mollusks (octopuses, squids and cuttlefish) and decapod crustaceans (crabs, lobsters, shrimp and crayfish) — will now be included on the list of sentient beings, which means their welfare will have to be considered when future government decisions are made about them..

The driving force behind this addition was a new report published Nov. 19 by The London School of Economics and Political Science (LSE), which reviewed evidence from hundreds of scientific studies on these two invertebrate animal groups.

“After reviewing over 300 scientific studies, we concluded that cephalopod molluscs and decapod crustaceans should be regarded as sentient, and should therefore be included within the scope of animal welfare law,” lead researcher Jonathan Birch, a philosopher of biological sciences at LSE, said in a statement. “I’m pleased to see the government implementing a central recommendation of my team’s report.”

More at this link: Sentience being in the UK

And finally, not that there aren’t many more articles we could include, this one by Jonathan Birch: Which animals should be considered sentient in the eyes of the law? (The Guardian, 16 May 2021).  Read the full story here: Evidence for animal sentience

A national shame. But not big enough of a shame to change the hearts and minds of Australians it seems.

A sense of gratitude about our interconnectedness