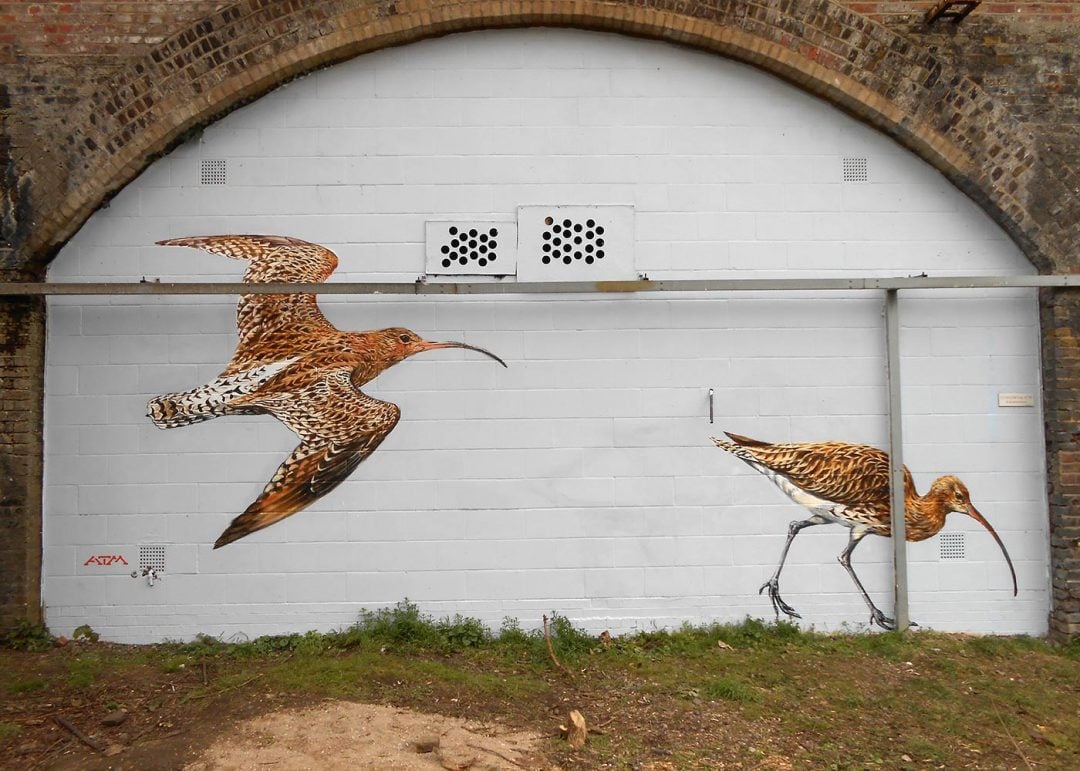 Despite the noise, heat, dust and fumes, the ceaseless movement, light and toxins, many birds successfully live their lives among us.  Ibis steal our lunch, brush turkeys rearrange gardens, and magpies chase us screaming from near their nest areas. Birds never cease to amaze with their antics and mischievous ways. But what seems mysterious for most of us, is not the case for Darryl Jones – Professor of Ecology at Griffith University, Brisbane – who has dedicated his life to finding out why they do what they do.

In Curlews on Vulture Street, he provides us with a window into the world of the birds in our lives.  In a two-part post, we provide some extracts that might make you curious enough to buy the book or borrow it from the local library.   Extracts …

Backyards everywhere have been redesigned, as our once disparaged native plants have been rediscovered with cult-like zeal. Now endless cultivars of grevilleas, banksias, callistemons, kangaroo paws and a thousand other species blossom in every street and local park. These ‘new natives’ have been manipulated beyond anything evolution could ever have contemplated, including enlarged blooms that are present year-round. They are marvelous, astounding, but hardly native. And the wildlife – and the people – love them.  … page 6

Bird attracting yes, but no one expected or was prepared for the small number of native birds that would take advantage of this super abundance of nectar and pollen. Throughout the land, rainbow lorikeets and noisy miners have become the commonest birds and towns and cities. These are just the sweet beaks. Everywhere there are native pigeons, rosellas, magpies, crows, currawongs and cockatoos. Hidden in darkness there are brushtail and ringtail possums, plus the largest nocturnal avian predator, powerful owls. 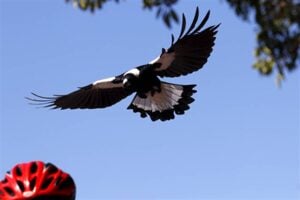 These days people do notice the wildlife. It is hard – no impossible – not to. People see, meet, welcome, feed, shoo away or take selfies with urban wildlife. … page 7

Feeding these visitors is ubiquitous, although still controversial. There are also less positive interactions, often when animals seek a snack without consent. And, of course, the springtime dramas involving magpies and people can be serious and tragic. Plenty is going on between humans and wildlife. This intersection of realms is where I have been dwelling now for several decades; the strange, exhilarating place where people and nature mix, often uneasily, trying to understand what the heck is going on.

…This is in part, the story of the hybrid field of knowledge called urban ecology, exploring how this has evolved and changed.

If there’s a theme to the book it would be an attempt to answer this question: can people and wildlife coexist in places dominated by humans? … page 8

Behavioural Ecology – how animals behave and interact naturally as determined within the evolutionary context of place – a combination of behaviour and ecology. Peter Jarman, lecturer, at Griffith University, Brisbane.  The key ingredient is evolution. To work out what was going [in an animals mind] you had to appreciate that just about every feature of an animal – its appearance, physiology and behaviour – existed because they enabled either survival or more offspring. The engine of evolution, natural selection, works on the slight, barely noticeable differences between individuals, favouring anything that improved the chances of living longer or leaving behind additional children.    … pages 64-66

Eric Rolls was an incongruous combination of scholar, scientist, poet, historian and author, although he described himself as simply an observant farmer…. Who had farmed a large wheat and sheep property near the Pillaga Scrub, a vast forest of native callitris pines in north-central New South Wales.

At a lecture – at the invitation of Peter Jarman – he described how his ancestors had arrived in Australia with typical European arrogance, ignored the achievements and wisdom of the local Indigenous people.

‘These fools,’ said Eric, ‘Our forebears – yours and mine – did unforgiveable damage to this continent. Felling too many trees, ploughing too deep and too often, ignoring the necessity of regular fire, degrading the waterways. But their most long lasting legacy, their diabolical folly? Releasing an entire bestiary of British vermin that has swept across the land.’   … pages 79-80

…..Both foxes and rabbits were, directly and indirectly, involved in Australia’s world record for mammal extinctions, and – in the case of the bunnies – the loss of unimaginable tons of topsoil, permanently depleting what were already the least fertile soils on the planet.’  He then referenced his book: They all ran wild. – quoting Frederick McCoy, professor of zoology at Melbourne University in 1832, who was addressing the Acclimatisation Society of Victoria, the group responsible for most of the releases, especially rabbits.
But these also included blakbirds, starlings, and sparrows and many others that had been recently liberated. His desire says Rolls, is that one day soon, the forests and plains of Australia will have:

Their present spring silence – or worse –
Enlivened by those varied, touching, joyous strains of
Heaven-taught melody which our earliest records show has
Always done good to men.

This is a person, says Rolls, ‘who simply does not see, or hear, what is all around him. How could anyone ignore the glorious music of magpies, butcherbirds and shrike-thrushes or other songsters?  But it fits a pattern: their cultural, racial and ecological superiority literally blinded these people to reality. They actually thought that Australia was empty and needed filling; the existing animals, plants and yes – people – appeared not to exist.’   … pages 81 & 82

Crows intelligence … All corvids are disconcertingly intelligent. They learn by carefully observing, are risk averse to a fault and seem to be able to communicate sophisticated ideas to one another. An example of this ability in Torresian crows is the spreading of knowledge of a safe way to consume the toxic cane toad. These invasive toads occur in their millions and can grow to a colossal size. That’s a lot of potential food, but deadly if the toxic shoulder glands are eaten. Somewhere, somehow, a clever crow discovered that by flipping the toad over and eating through the soft, safe belly the shoulder glands can be avoided. This technique appears to have originated in southern Queensland in the 1970s.  When the toads reached the Northern Territory about 20 years later, the local crows already knew what to do. It’s an extraordinary example of cultural exchange over vast distances. We didn’t need convincing that these were very smart birds.   … page 207

Crows roosting in trees that annoyed locals were lopped i.e. centres cut out of them, to reduce the attractiveness of them for roosting purposes.  In spite of reduced numbers using the area, this wasn’t enough for the anti-roost faction in the local neighbourhood and a local politician being convinced that main tree of concern posed a larger risk to life and property.  At this point crows were not even mentioned. Despite the tree having stood for an estimated 260 years, it was felled, without warning, on a midweek day when few people were around to see what happened. The shattered branches revealed twelve large hollows, which had been used by possums, gliders, cockatoos, lorikeets and rosellas, for well over a century. Now, any surviving animals would need to find somewhere else to nest or sleep. The crows, however, moved about half a kilometre up the road to form a new roost, quite close to the politician’s residence.    …. page 222

As a matter of fact, dark matter matters

For the beauty of the Earth, and for the plants who take care of us