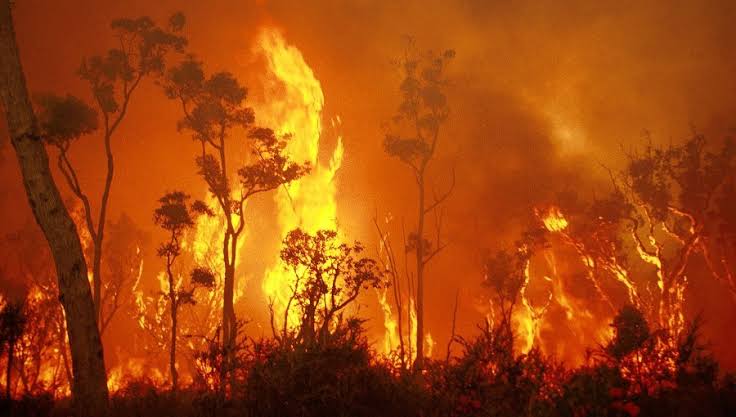 ‘Australia’s first climate refugees’ is how Nick Ritar described his situation as he prepared to board a navy vessel as part of the evacuation of Mallacouta in Victoria (Meltdown, by Deborah Snow, Peter Hannam and Natasssia Chrysanthos, SMH, News Review, 4-5 January 2020).

‘These blazes, say experienced observers, such as the former NSW fire and rescue chief Greg Mullins, are unprecedented in their ferocity and scale.’

He goes on to say his dearest wish is that “our Prime Minister will read some of the scientific papers on climate change and bushfires, start to listen to experts rather than the coal industry.  It becomes a huge moral question.  Are we prepared to subject future generations to even worse? I am not and my colleagues are not.”

Ritar was conflicted about leaving but what will linger in his mind’s eye for a long time is the last walk he took along the beach.

Strewn along its 10-kilometre length were the bodies of birds – lorikeets, king parrots, owls, rosellas, eastern honeyeaters, magpies and others. He thinks there were probably thousands. “Every two steps, I saw another one,” he said.  “the impact on native wildlife is unfathomable.”

Other related stories include:

The earth is in need of a good lawyer