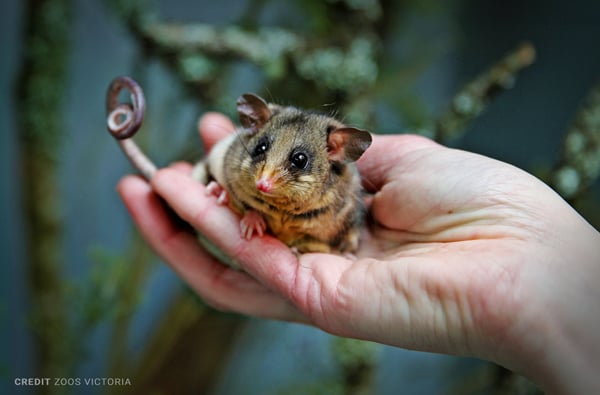 Mountain pygmy-possums weigh just 40 grams when they awake from months of hibernation.CREDIT:ZOOS VICTORIA

This story is about how everything is interconnected.  How our choices and lifestyles affect the lifestyles of others – in this case insects. Not only interconnected here where we live and raise our families, but also at a distance, with our behaviour possibly affecting the migratory patterns of bogong moths.

What has outdoor lighting got to do with the mountain pygmy-possum?  Understanding the relationship helps us think once again about how we impact individually and collectively on other species. In this at a considerable distance.

“This spring, turning off your outdoor lights will save more than your electricity bill,” reports Michael Fowler Turn off a light, guide a moth and save an endangered possum (SMH August 26, 2019)

Residents and businesses across south-east Australia are being urged to turn off unnecessary outdoor lights in a move to stop Bogong moths from getting lost, depriving mountain-pygmy possums of a vital food source.

The dramatic drop-off in moths making it south appears to be due to the drought in NSW and Queensland, she said.

But there’s more to this puzzle, “The moths can also become trapped by city lights, distracting them from visual cues on the horizon. From September 1 to late October, Zoos Victoria will spread awareness of its Lights off for Moths campaign. 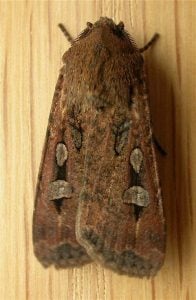 The Bogong Moth, which Australians are encouraged to monitor through a new app released by Zoos Victoria.CREDIT:DONALD HOBERN

“Unfortunately in the last two years, what used to be a huge amazing swarm of these moths has turned into a trickle. This year we’re going to be facing another extremely dire situation, so we’re trying to work to avert that crisis”.

Zoos Victoria chief executive Dr Jenny Gray said she was in discussions with the government to get buildings like Canberra’s Parliament House on board with the campaign.

“We’ll be asking all the big museums, town halls, anywhere where outdoor lighting is not important for security – because we don’t want to compromise people’s safety – all the way down to your domestic homes.”

What follows is a, words to the effect transcript, of an interview with Marnie Ogg, as broadcast on ABC local radio – see reference in the story.

“The [Dark Sky] Alliance collects data about how much light we produce – what light pollution is being emitted now and how we can minimise this going forward,” says Marnie Ogg, Founding Director of the Australasian Dark Sky Alliance (Evenings with Chris Bath, ABC local radio, Monday 26th August 2019. 7.46.40pm)

Zoos Victoria is asking everyone between 1st September and the end of October to turn off outdoor lights.

“The biggest light emitting pollution comes from street lights and the illumination of public buildings.

We have these lovely ambiences created by lighting up important building, but sometimes it’s really not necessary.  It is possible to change.  It’s a matter of education and doing the right thing.

Every little bit of light you turn off is good.  Just because it’s in your backyard, it does make a difference.

We can install lights that don’t have any upward spill, but it’s not enough.  Always use warm amber coloured lights rather than the cool white lights. The white lights replicate sunlight to an insect.

Many factors are impacting on insect population, but ecologists say that light is one of the many culprits influencing the movement of insects.

Zoos Victora is seeing the correlation between increased light pollution – growing at 2% per annum – and the decline in moth numbers.  It is an easy step.  Everythings is pointing in this direction.