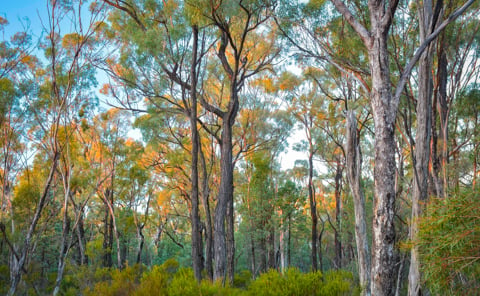 From a distance a landscape can appear to be simply a shape on the horizon.  All that can be seen is an outline or at best “a confusing series of jagged edges”, but up close peering at rocks and soil with the aid of something as basic as a magnifying glass, the object of our gaze takes on a whole new dimension, says Ian Leslie in We know a lot less than we think about the world – which explains the allure of “simplism” (New Stateaman, 21 June 2019).

“Reality is annoying like that: at every level of examination, it raises more questions than answers. There are always details that don’t fit, exceptions to rules, consequences that can’t be predicted. That’s why humans, who famously cannot bear too much reality, have evolved a method of coping with all this complexity: we lie to ourselves about how much we understand.” 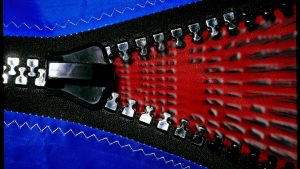 In 2002, the psychologists Frank Keil and Leonid Rozenblit asked people to rate their understanding of how zips work. The respondents answered very confidently – after all, they used zips all the time. But when asked to explain how a zip works, they failed dismally. Similar results have been obtained with respect to flush toilets, piano keys, helicopters and bicycles. It doesn’t just apply to physical objects: people have been found to overestimate their understanding of climate change, the tax system and foreign policy.

We know a lot less than we think we know, something that scientists call ‘the knowledge illusion.’  We have a sketchy idea, enough to get us by, but not necessarily enough to hang good decisions on.

Says Leslie: “Only when pushed to explain what we think we know in detail do we briefly apprehend the epistemological [knowledge] abyss gaping beneath our beliefs.”  Having observed that reality, we now find ourselves in a situation where, “it is almost unheard of to concede ignorance or even to accept that reality is complicated.”

The disease of politics today is not populism, so much, as simplism: the oversimplification of complex problems.

We live in an increasingly globalised, diverse, interdependent, technology-led society, but most of us don’t like to think about it. We take for granted enormously complex achievements, such as the presence of milk in our supermarket, or the phone in our pocket.

Whether it be how a zipper works or how an ecosystem functions, we like to tell ourselves we know – we like to think we are in control.  Just as life is becoming ever more complex with technologies way beyond our capacity to understand their inner workings, we tell ourselves we’re on top of it and masters of our own destiny.

It that’s the case, how come one of the most important of the earths systems, watercourses, have run dry.  Creeks and rivers that were for the majority of every year running with water and alive in every sense of the word are now for the majority of the year dry and lifeless.

If we know and understand and respect the complexity of how creeks and rivers function, we wouldn’t over extract the aquifers within which the rivers and the associated wildlife live.

Everything depends on everything else. (Ian Leslie) 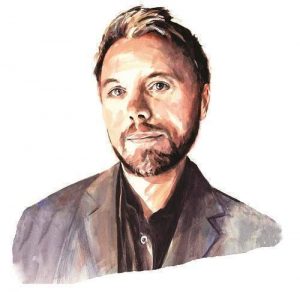 If we didn’t practise simplism, oversimplify our understanding and reduce their complexity into water trading spreadsheets and economic balance sheets based on growth and assuming an endless supply irrespective of our level of consumption, then surely the creeks and rivers would be running today. But they’re not. It’s not the rivers fault.  And for forests, it’s not the forests fault that the trees are dying; koala’s? It’s not the koala’s fault, that they have less and less habitat every year.  The central player in all these complexities is human understanding or lack of it.

It’s a simplistic human centred worldview that permits us to separate ourselves from nature as if we are somehow independent of the natural world.  Depending on our worldview we attempt to reduce the complex down to a few slogans and one liners not unlike what politicians do on a daily basis.

Dan Kahan, a Yale professor, is one of America’s leading experts on political polarisation, and one of his findings is that partisanship results from incuriosity.

A difference in opinion might come as a result of a difference in experience.  In the case of Munibung Hill, for those who have been there, she is so special in so many respects that they find it hard to comprehend why you wouldn’t want to do everything possible to protect and preserve her; but for those who have never been there, never had this experience, she is just a bunch of trees, a rocky outcrop, a place to dump stuff, a hindrance to expanding urbanisation.  In times past, in the minds of those who didn’t want to see it any other way, it would seem Munibung Hill was an example of simplism. There was nothing of worth, worth preserving – no culture, no indigenous farming, no forest as home for wildlife.  The values within the prevailing colonial story of terra nullius gave permission for all manner of actions.  There were trees worth harvesting for fencing or railway sleepers, there were minerals worth mining including coal, lead and zinc. There was land worth sub-dividing and selling off in small lots for housing.  There were creeks that stood in the way that were piped and built over.

The justification for these actions had its roots within simplism. On closer examination, indigenous culture practiced complexity, but the foreign lens through which the settlers viewed the land produced a ‘knowledge illusion’.  It was based around a story of superiority, of improvement, of taming the land and the ‘natives’, of domestication and order, with little thought that down the track there might be detrimental effects on land or people.

Back to the zip.

A zip, by the way, consists of two tracks with dozens of teeth, each of which has a hook and a hollow; the trick is to latch every hook on one side into a hollow on the other. For that to happen, each tooth must be exactly the same size and shape and perfectly positioned on the track. Everything depends on everything else. Details matter. It’s a pity nobody in politics believes in them. Simplism is driving us into the sea.

Click on the link to read the full story: The allure of simplism

Without memory there is no knowledge – the importance of songlines #1