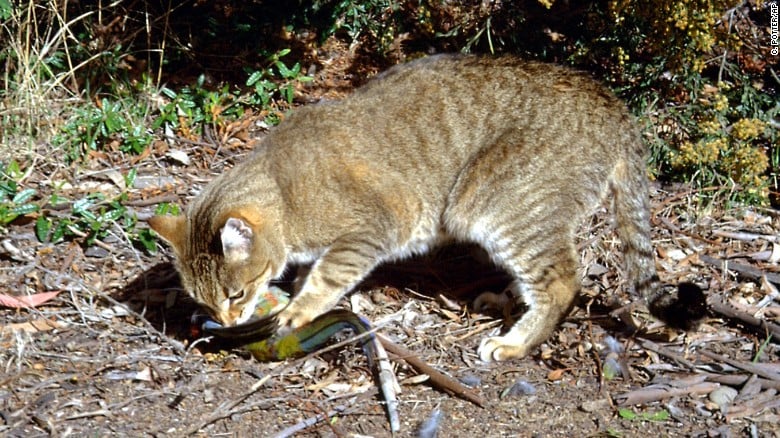 It can be a vexed question when it comes to discussing, let alone deciding, how to manage invasive species – especially cats – in the Australian landscape.  Let’s face it, all the invasive species have been introduced by us.  Gardeners, graziers, animal lovers, the species that have now gone feral were brought to these shores by, in some cases well-meaning people, albeit naive if we want to be kind. In another context we could say that ignorance is no excuse. But at the end of the day, the price tag paid by native species, and our children, is huge.

One of the most vexed examples is brumbies in Kosciusko National Park, where the ACT and Victorian governments have received court approval to conduct a cull in the name of saving critical Australian wildlife habitat: Booming alpine Brumbies to be culled,  (SMH 9 May 2020).

For Munibung Hill there are numerous invasive plant and animal species, some of them listed on the MHCS website gallery page.   Invasive plants have in the main escaped from backyard gardens.  There was a time and perhaps there still is, when residents bordering onto Munibung Hill, dumped their garden prunings and weeds over the back fences, some of the prunings taking root and spreading, others where the mature plants had seed heads would have seen the seeds germinate and spread. The result has been devastating, with a multitude of weeds now multiplying, colonising cleared areas and out competing other areas where native plants have thrived for centuries.

The other issue is feral animals such as cats and foxes that are predating on small native animals such as possums and bandicoots, especially when they are in the juvenile stage of their lives.  Both foxes and cats are skilled hunters that need to be eradicated.  But in the case of cats while ever we consider places like Munibung Hill as dumping grounds for unwanted pets – often considered cute and cuddly when kittens and then too much bother when they grow up – we have a massive problem.  Of course it’s not just the abandoned cats it’s also the domestic home-based cats that are allowed to wander outdoors at night, that do untold damage as they stalk their native prey.

These are examples of us continuing to invade and colonise the land.  We are living in a state of denial if we think that the invasion was a one off event back at the time when James Cook raised the British flag at Botany Bay back in 1788.  The colonial days cannot be limited to the first hundred years or so. Where once we drove Aboriginal people from their homelands so now we are driving native plants and animals from THEIR homelands.  There have been no repercussions for the perpetrators of this ongoing action.  Some would say that knowingly or unknowingly we all complicit one way or another.

However, what was / is considered normal and a right or entitlement, to toss it over, and in the case of cats, release, onto this unoccupied land, should now be considered rather differently.  It won’t be until we take to heart the damage done and continuing to be done, that we will change our ways. This flouting of what is termed earth law or the rights of nature to exist and flourish, needs to be called out for what Polly Higgins calls ecocide.

When defining what it meant to the UN Law Commission in 2010, Higgins wrote: “Ecocide is the loss, damage or destruction of ecosystems … such that peaceful enjoyment by the inhabitants has been or will be severely diminished.”  YouTube presentation here: https://www.youtube.com/watch?v=Ww_bVq9Sh_4 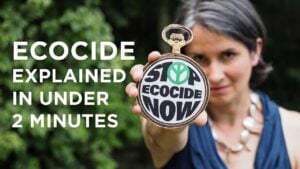 That is what has and is still, sadly, happening at Munibung Hill.

To find out more about the work of Polly Higgins visit: https://www.stopecocide.earth/   For more about what needs to be done to deal with feral cats visit: https://theconversation.com/why-australia-needs-to-kill-cats-116654    Use this publication from a local Sustainable Neighbourhood Group to spread the message about responsible pet ownership: http://www.sustainableneighbourhoods.org.au/uploads/6/7/0/6/6706950/do-you-know-where-your-cat-is-final.pdf;     And for a more detailed explanation look out for: Cats in Australia, Companion and Killer by John Woinarski, Sarah Legge and Chris Dickman, CSIRO, 2019.

Making the connection between ancient land and modern knowledge

A shift in thinking to benefit the next generation