Knowing what we know about how the world works: the Sun supplies every skerrick of energy (be it fossilised or renewable); every drop of water (of which we are 70-80%) has been here since the beginning of time (there is no new water) and every square millimetre of soil (which is essential for all plant growth on which we are totally dependent regardless of whether we are herbivores or carnivores) has its origin extending back millions of years.  Everything that ever was and is will be reduced to its constituent parts returning to either the atmosphere, the soil and/or the water at some time in the cycle that is life. Knowing this, you would think that humans being utterly dependent on the welfare of each of these components would appreciate how vitally important it is to be worthy stewards on behalf of those coming up behind – our kids.  At least that was the attitude and philosophy of first peoples for centuries.  More than skew-whiff, we seem to have gone way off the rails.  Why are we now marching to the beat of a different drum intent on living as if we are apart from, rather than being a part of, the web of life?

This time of year being one for reviewing past practices to see what has worked and what has gone belly up, seems as good a time as any for suggesting that 2019 might be a good time to adopt a new mantra or two.  We offer this assessment of a way forward from David Korten (From Me to We. My New Year’s Resolution, Yes magazine, 31.12.18) 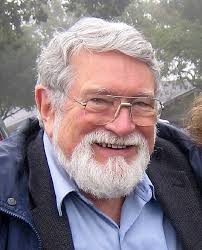 In 2019, we must move beyond the myth of the lone individual to recognize our deep interdependence and responsibilities for one another and nature.

It’s not likely that many of us will mourn the passing of 2018. It’s been a deeply troubled year defined by wildfires, floods, earthquakes, water shortages, financial chaos, political gridlock, flows of displaced persons, growth in the gap between rich and poor, the rise of dictatorial leaders, and a dire consensus warning from scientists on the impact of climate change.

The problem isn’t me. It isn’t you. Nor is it those folks over there. The problem is we. The big we, humanity: What we believe, how we live, how we relate to one another and Earth. We have gotten something terribly wrong that we must now get right. But what? Do we even agree on the problem?

Perhaps moving forward begins with honouring our African roots—the birthplace of our species that produced the wisdom of “Ubuntu,” often translated as “I am because we are.” Ubuntu is a profound truth long ignored by so-called Western civilization, but now confirmed by the leading edge of contemporary science: Complex life exists—can exist—only in living communities in which organisms together create and maintain the conditions essential to their individual and collective existence.

Not only do we depend on one another, but our ability to live rests on the services contributed by the many members of Earth’s community of life—the bees that pollinate the flowers, the trees essential to the water cycle, the beetles that aid the decomposition of plants after their death, the microbes that digest my food so my body can use its energy and nutrients. Without these many, wondrously diverse beings, Earth would be just another dead rock floating in space.

I sense that humanity is awakening to a profound truth: We—the big we—thrive together, or we expire together. This comes with a recognition that many of the myths by which we live are falsehoods so divorced from reality that they threaten our mutual existence.

Getting from Me to We is our challenge for this year and every year beyond this one – for at least the next 75,000 years. Can we get our heads around thinking that far into the future?  For the sake of our grandchildren we (MHCS) sincerely hope We give it Our best shot.

For the full story click on the link:   From Me to We

Note: Ubuntu is a beautiful — and old — concept. According to Wikipedia, at its most basic, Ubuntu can be translated as “human kindness,” but its meaning is much bigger in scope than that — it embodies the ideas of connection, community, and mutual caring for all. Liberian peace activist Leymah Gbowee once defined Ubuntu using these words: “I am what I am because of who we all are.”

To get a variety of perspectives on this way of thinking, click on the links: