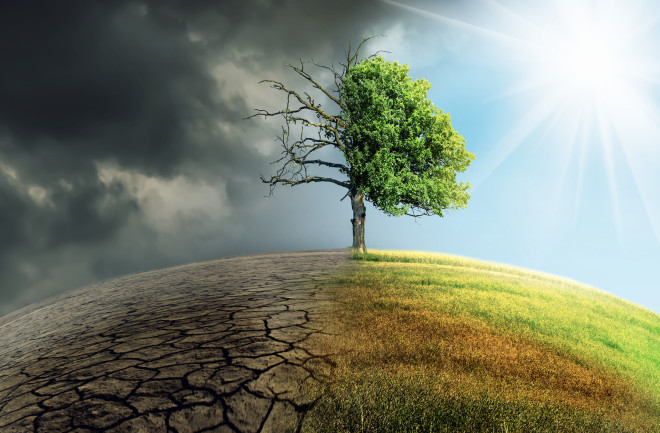 ‘Beyond each price tag hides a ripple effect. It expands from soil to waterways, grocery aisles to kitchen plates, factories to fulfilment centres and mail slots to landfills. This global impact has become less hidden in the past decade, and ignoring the people downstream from us has grown increasingly difficult. We’re more aware than ever of the mark our consumption leaves on planet Earth.’

Timothy Meinch, in How to Save Planet Earth (Discover magazine, May 2021) tackles this question with four well tested ideas that, when combined with community action, can amplify what  we put in individually.

Some extracts follow, with a link to the full story at the end.
Meinch notes that: ‘being a good citizen on planet Earth has never been more complicated. On your own journey with climate concerns, you’ve likely asked or agonized over this question: What should I do? It’s easy to get lost in the blizzard of supposed answers swirling around social media, the latest data sets and “eco-friendly” marketing campaigns. So, we took this question to five people who have immersed their careers, research and writing in the realities of climate science. One of their most consistent insights may surprise you: Consumer responsibility — and guilt-ridden behaviour modification — misses the mark.

“One of the major failings of the environmental movement is having everyone focus on these small things that everyone can do,” says Ayana Elizabeth Johnson, a marine biologist and co-host of the podcast How to Save a Planet. That doesn’t mean you’re off the hook. There are just more meaningful and long-lasting ways to expend your energy in the climate fight. Most of them involve organisation and collective action.

“Individuals join together to collectively have far more power changing the system than they can as individuals,” says Anthony Leiserowitz, director of the Yale Program on Climate Change Communication. He and many researchers who have run the numbers say even the most valiant voluntary lifestyle modifications — going vegan, refusing to fly or investing in green energy for your home — fall far short of the change we need. These experts propose other key steps that every human can take toward a better future. But first, you must understand some of the facts and myths on the current playing field.

“It’s a diversion. It’s an extremely successful PR campaign to make us all feel terrible about our individual decisions and not actually focus on changing the fact that we have a fossil fuel-based economy,” Johnson says. 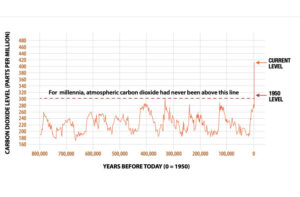 Another campaign that began with fossil fuel companies? The modern approach to recycling that has been integrated across the U.S. for decades, despite persistent criticism and concerns about the broken model. Essentially, the petroleum-reliant plastics industry framed recycling as a fix, while continuing to create new plastics with petroleum, natural gas and their by-products, and profiting off the business. Meanwhile, only a fraction of what you responsibly toss in the proper bin gets recycled. “It’s totally bogus,” Leiserowitz says. “As long as you and I are left on the hook for this, [the companies] are free.” In a major NPR and PBS Frontline investigation in 2020, journalist Laura Sullivan wrote, “The industry sold the public on an idea it knew wouldn’t work … all while making billions of dollars selling the world new plastic.

With this broader understanding of the crisis at hand, consumers can take informed and deliberate actions to shift our culture at large, as if our climate depends on it. Wallace-Wells says this doesn’t cancel out living your personal values with lifestyle and purchasing decisions. Sure, eat less meat, get rid of your petroleum-guzzling vehicle or boycott plastics. Those things generally carry a degree of benefit to the environment. But the urgent priority is to change the massive industries, policies and fuel source at the root.

Do One Thing Well

Part of the challenge with the environmental movement is the staggering list of things we need to change: agricultural practices, transportation systems and power grids, to name a few. There is no singular environmental cause that everyone should be tackling in their personal life. Instead, try moving beyond the paralysing view of everything that needs fixed. Pick something specific in your life.

“The question is not ‘What is the one thing everyone can do?’ but ‘What is the special thing that each one of us can contribute?’ “ Marine biologist, Ayana Johnson says.

Your specific interests and skillsets should guide you. And you can typically incorporate your effort where you are already working, living or playing.

“What are you good at? And how can you use those skills, resources and spheres of influence?” Johnson says. The specific answers to those questions will identify what she calls “your super powers.” It’s much easier to take on a second or third cause (both personally and systemically), once you have implemented one change and seen success.

This same principle of doing one thing well can apply to consumer decisions, such as committing to alternative transportation or installing solar panels on your home. Do that one thing well, then realize the crucial shift happens when others witness your concern, decisions and behaviour change. 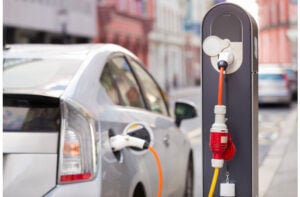 “The real power comes in your role modelling, your social signalling to everyone around you,” Leiserowitz says. “When you drive an electric car, you’re socializing it. Everywhere you go, you’re signalling to people that these things exist.”

This is about shifting the daily narrative toward the climate. Leiserowitz says this requires talking often about the environment with others in your life. As a parallel, consider the public opinion on smoking indoors just 30 years ago. How would you respond today to someone lighting a cigarette in your house or car without asking? Leiserowitz says the culture at large needs to embrace a similar attitude about pollution.

People often overlook the weight their own neighbourhood, city, county and state carries on the environment. To address this, we must maintain connection with our immediate community, says Daniel Wildcat, a Yuchi member of the Muscogee Nation and professor at Haskell Indian Nations University in Lawrence, Kansas.

“We need to be publicly engaged in that democratic process and public life,” says Wildcat, who holds an interdisciplinary Ph.D. in social sciences and public policy. The concept stems from being connected to the land and all that we share with it.

“Indigenous people’s cultures were born out of this symbiotic relationship with a place,” Wildcat says. The land determined “the kind of food they ate, the kind of home they lived in, the kind of clothes they wear.”

Wallace-Wells directs anyone who is interested in preventing famines, economic collapse and unprecedented refugee crises to orient their worldview and politics around climate concerns. “Every aspect of human experience has some kind of climate change fingerprint,” he says. “No matter what you care about, if you really want to solve that problem, thinking about it through a climate lens is critical.”

Wildcat says this is not a new idea, but one that many people have forgotten. His book Red Alert! shares how Indigenous knowledge could inform how we save the planet today, on both a personal and systemic level. He proposes that the term natural resources drives overconsumption, inequality and imbalance in the natural world. Instead, he teaches a kin-centric worldview in light of the Anthropocene — our current geological age, defined by humans being the dominant force on Earth.

Viewing land as kin, he says, generates respect and sustainability, where humans are more open to learn from the natural world, rather than dominate it. “I don’t think there’s anything romantic about that. It fits very nicely with evolutionary theory and the science of ecology,” Wildcat says. “With rights comes inalienable responsibility. Now we start thinking of our relationships in the ecosystems in which we function as part of a moral and ethical universe.”

Put another way: What’s downstream from you, and how are you honouring that life? Climate journalist and author Tatiana Schlossberg also named responsibility when asked how humans should manage the eco-stential crisis before them. “I don’t think people should feel individually guilty for climate change,” she says. “But we should all feel collectively responsible for building a better world.”

Read the full story at the link: How to save planet earth

Insects and the Windshield Phenomenon.