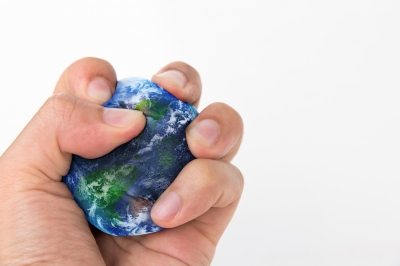 Nothing must get in the way of economic growth.   To mention an economic squeeze or tightening of the purse strings is beyond the pale, not to be spoken of, in a western economy.

Growth is the great goal of our way of life – that the money supply must always be on the up and up.

Clearly as it stands the human economy comes first and the non-human ecology comes second. This of course was not the way it was in pre European times. But that’s a conversation for a future post.  Back to the present. 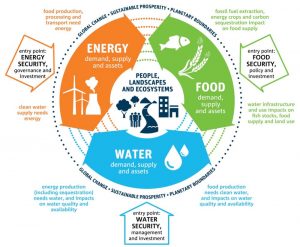 State of the Environment reports are produced every five years.  The last one in 2016 is a mixed bag and while there is some good news the not so good news is in the major areas of habitat destruction, invasive species, and climate.  These have overarching impacts that cascade across the board.  Without secure habitats, species are always under threat.  Invasive species compete with native species.  In too many instances they are winning – a most recent case in point is the destruction caused by feral brumbies in the Kosciuszko National Park. 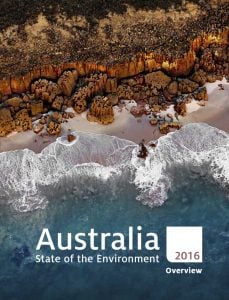 The federal government’s State of the Environment 2016 report (prepared by a group of independent experts chaired by William Jackson , Adjunct Professor, University of the Sunshine Coast) conveys a message that should trouble us sufficiently to change our ways.

Five-yearly environmental stocktake highlights the conflict between economy and nature (The Conversation, March 7, 2017) by Jackson, calls on us to consider nature as integral to the economy –not be traded off or viewed as having values less worthy than money.   Over the five years period 2011- 2016 Jackson says:

“… pressures [on the natural world] have increased, including those associated with coal mining and the coal-seam gas industry, habitat fragmentation and degradation, invasive species, litter in our coastal and marine environments, and greater traffic volumes in our capital cities.

Climate change is an increasingly important and pervasive pressure on all aspects of the Australian environment. It is altering the structure and function of natural ecosystems, and affecting heritage, economic activity and human well-being.

Coastal waterways are threatened by pollutants, including microplastics and nanoparticles, which are largely unregulated and their effects poorly understood.

Population growth in our major cities, along with Australia’s reliance on private cars, is leading to greater traffic volumes, which increase traffic congestion and delays as well as pollution.

Australia’s biodiversity is continuing to decline, with some exceptions, and new approaches are needed to prevent accelerating decline in many species. Since 2011, the list of nationally threatened species and ecological communities has lengthened, with the addition of 30 new ecological communities, and 44 animal and 5 plant species. Two species have been reported as probably extinct: the Bramble Cay melomys and the Christmas Island forest skink.

If that’s the result of five years, for how much longer do we think we can continue this decline before we take a good hard look at ourselves?  It clearly can’t continue ad infinitum, so when do we apply the brakes? Ask questions like what/who is driving the decline?

Using an economic descriptor, the word would be recession.  While an economic recession is seen as a no-no of the highest order, it would seem an ecological recession is tolerable.  In fact it seems to be desirable, because according to the current paradigm if it’s the only way to achieve economic growth then so be it.

On the bright side Jackson notes:  “We need to accelerate the process of improving environmental information, data and analysis between government, the private sector and civil society. The move towards a national system of environmental economic accounts is a promising development.”

For William Jackson, this five years before the next report in 2021, poses a number of challenges:

“It is clear that some parts of Australia’s environment are not yet being managed sustainably, including invasive species and litter in our coastal and marine environments. There are several key challenges to the effective management of the Australian environment, including:

To read the story in full, go to: Five yearly environmental stocktake.

These concerns reach down to the grass-roots level where communities are feeling the effects of this lack of a clear vision. There was a time when nature was at the centre of our economy, it was not an afterthought to be traded off in the name of economic growth – which in the grand scheme of things is a very recent phenomenon.

This provides us with a natural segue into a story at a future time: How and why we are moving beyond GDP as a measure of human progress (The Conversation, January 4, 2017).  For more go to: this link..

Calculating the economic value of nature