Our life support is in trouble, but a series of half measures is unlikely to ensure it doesn’t go from bad to worse.  For some reason others, such as Napoleon’s Empress Josephine, considered Australian species such as kangaroos, emus and black swans to be extremely valuable.  Time for some adjustments says Peter Hartcher, for putting aside some human comforts for the sake of the iconic native creatures we share this land with.

In: How to escape the Great Oblivion / Australia is the extinction superpower of the world. Here’s what we need to do, Peter Hartcher, (Political and international editor, SMH, July 23, 2022) delivers a grim feature story about the State of the Environment 2021 report and a speech by the new Environment and Water Minister, Tanya Plibisek, in Canberra.  Peter Hartcher (pictured here) writes  … 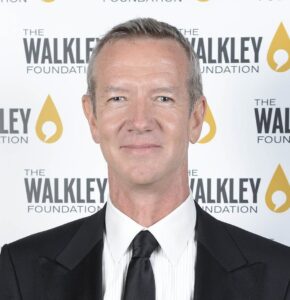 The French explorer Nicolas Baudin collected the rare and precious specimens during his 1800-1804 voyage to Australia, the Holy Grail of European botanists and zoologists. He even kicked some of his officers out of their ships’ cabins to make his prized kangaroos comfortable.

“While it’s a confronting read, Australians deserve the truth,” said the new Minister for the Environment and Water, Tanya Plibersek, releasing the report at the National Press Club this week.

“Overall,” begins the mandatory assessment, conducted every five years by independent scientists, “the state and trend of the environment of Australia are poor and deteriorating as a result of increasing pressures from climate change, habitat loss, invasive species, pollution and resource extraction.”

The report covers the entire ecosystem – which we might better describe as our life-support system – and includes many alarming findings. Including that Australia cleared more than 7.7 million hectares of threatened species habitat across the country between 2000 and 2017. Plibersek points out that’s an area bigger than Tasmania: “Australia is one of the world’s deforestation hotspots,” she observes.

And that, for the first time, Australia has more foreign plant species than native ones. But the extinction of species is powerfully specific and naturally attention-getting. Australia already is the extinction superpower of the world.

We’ve already sent into oblivion more mammal species than any other continent, as the report notes. In fact, the Great Australian Oblivion was under way even as Josephine admired her exotic acquisitions.

We prosecute the extinction of our irreplaceable heritage at an accelerating pace. The latest State of the Environment Report finds that the number of threatened species has risen by 8 per cent over the past five years.

Plibersek pointed to the plight of the koala: “When we destroy these habitats – and when we don’t restore them elsewhere – endangered creatures lose their homes. And that has consequences. In February this year, koalas were officially moved from threatened to endangered in Queensland, NSW and the ACT.

The key structural reform for Plibersek in arresting the collapse of Australia’s ecosystems? To overhaul the overarching federal law that she wields over land use and new development, the Environmental Protection and Biodiversity Conservation Act, the EPBC.

When businessman and former ACCC chair Graeme Samuel reviewed the act for the Morrison government, he found it to be outdated and ineffective: “It does not enable the Commonwealth to effectively protect environmental matters that are important for the nation.” It didn’t deliver for business or the environment.

“The most important of Graeme Samuel’s recommendations is to switch from being process-driven to being outcomes-focused,” Plibersek tells me. As it stands, the act is all about requiring that proponents tick boxes; Plibersek wants to make it about achieving environmental goals. She says she will respond formally to the Samuel review by the end of the year.

The Australian parliament has been the charnel house for good emissions policy for more than a decade. For this reason, Bowen says the government has designed implementation of its planned emissions target without the need for legislation. It can use regulation and other measures instead. And it’s already submitted Australia’s formal international pledge – replacing the Coalition’s 26-28 per cent cut to 2005 levels by 2030 with the new pledge of a 43 per cent cut.

The essence of Australia’s situation is that change is imperative, and everyone, not only political parties, must accept some adjustment. Nicolas Baudin chastised the officers who complained when he filled their cabins with kangaroos for the journey to Josephine’s Ark for “preferring your own comfort and a few temporary advantages to the greater success of the expedition and whatever may serve our country”.

For the full story: search the story headings as noted above.

A most important feature of the landscape, says The National Trust