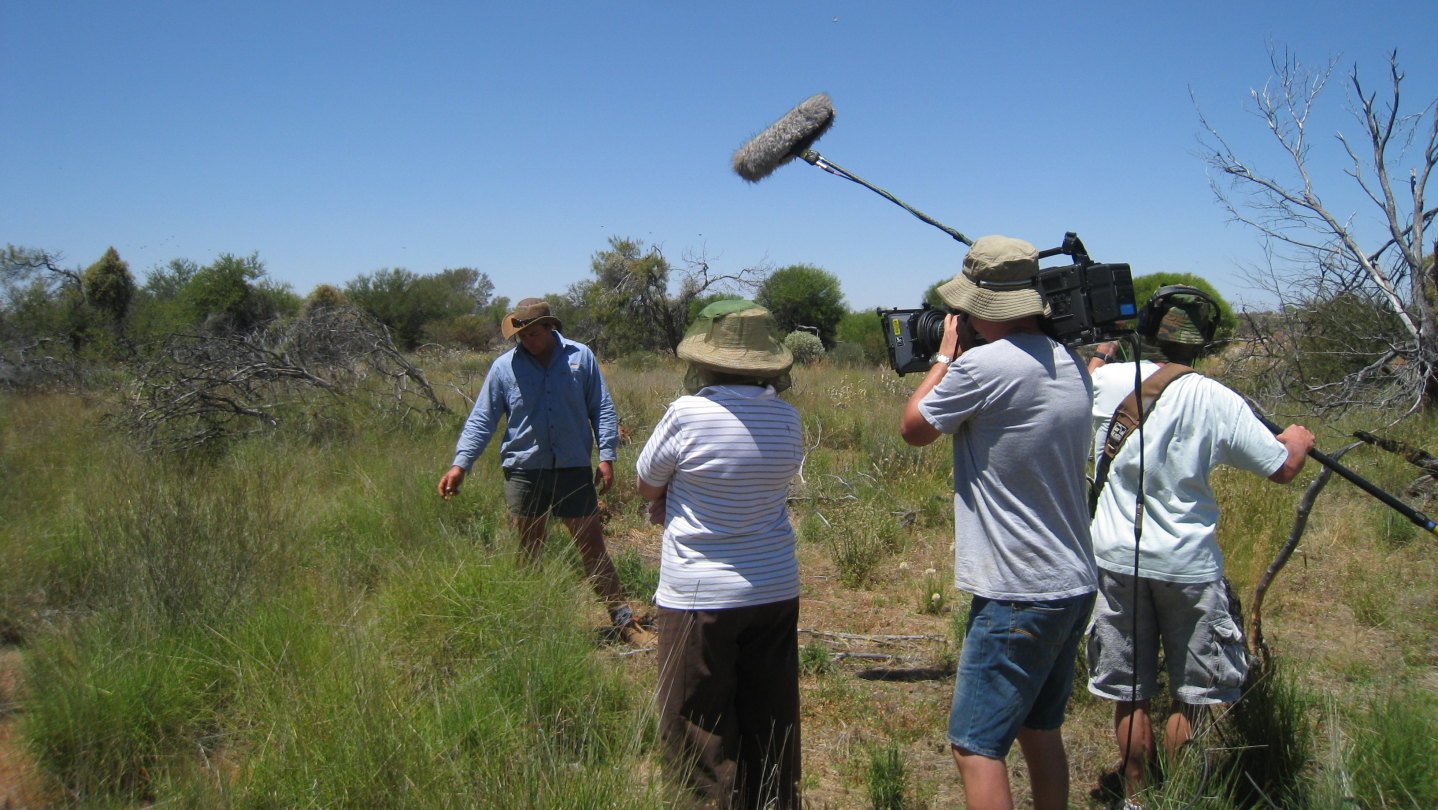 These words sound good: profit from perennial grass, year round protection for native species and robust ecology.  Better, when practised as they are at Wooleen Station in the Murchison area of Western Australia they make you feel like this is a couple who know their land.  More than that, they love the land.  Note the subtle change from their land to the land.  For David and Francis Pollock they see their life’s work as caring for country in preparation for many many generations to come.  To read the land.  To listen to the land. To be native to the land

Whereas the mindset for many is to extract as much as possible from the soil (plants and animals) to maximise profits – the old greed is good mantra – the Pollocks have turned this around, re-envisioning greed in a new light.  ‘His greed for grass outstripped his desire for the other kind of ‘green’, despite his accountant’s lamentations.’

Reporter Emma Young says this is the story about: ‘The 285 family businesses left to manage almost half WA’s land, the regulators missing in action for decades, and the lone man who is lifting the lid on it all.’

In: Death by a thousand cuts: the industry doing ‘more damage than mining’ (SMH, January 28, 2020), Young reports on the regenerative approach adopted by the Pollocks that is turning heads and been the inspiration for the book: The Wooleen Way. David Pollock can now author to his list of achievements.

From a business based on raising beef cattle to a business based on soil health and biological diversity, we learn that the new chemical based industrial agriculture leaves the soil impoverished and  by extension, when we put our faith in these systems, we become impoverished also.  This doesn’t make the farmer rich.  It makes some chemists and industrialist operating in laboratories and factories thousands of kilometres away and merchants who retail these so called yield enhancing products richer. A short term fix at whose expense?  As long time Land Institute founder Wes Jackson would say: Our wealth lies in the soil. Any other wealth will flow from that.

It begs the question that perhaps we can discuss at another time: what is wealth?  Why when we mention the word wealth do we immediately jump to the conclusion that it’s money or material wealth we’re talking about?  Other kinds must surely include: relationships we have with each other (human and non-human) and with the earth, wellness of mind and body, ecosystems including air, water and soil, plants and animals, we could go on.  To limit our discussion as so often is the case to money, finance and the economy is to short change the richness of the possibilities.

Get the full story here: Death by a thousand cuts, story by Emma Young

Holistic Management is regenerative agriculture as a principle practised by farmers across Australia and around the world: For the love of our land

The message that we need to make wholesale adjustments to the way we do farming also applies to most other areas of our society, as called for by these scientists: 81 laureates’ letter to Australia