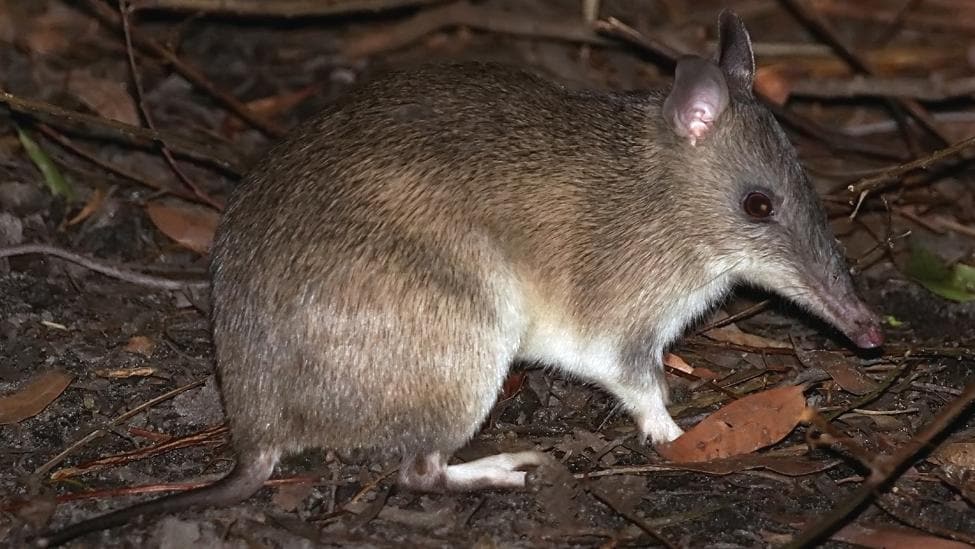 He’s the bloke who wrote The Dogs That Made Australia. It contains some ripper yarns by someone who writes in the vernacular of the everyday, that makes reading easy and enjoyable and in this case informative as well. The yarns in this his second book tell a much different story to the ones in his first. We hear stories about the impacts of feral animals in Australia, but hearsay and stories are not enough in this day and age of science and technology. Any statement made has to be backed up with hard data.  The anecdotal now comes with years of scientific research behind it.  And so it is we bring you some of these findings from the latest book by Guy Hull: The Ferals That Ate Australia: Dangerous predators and ravenous herbivores, the story of Australia’s feral nightmare (ABC Books 2021).  It makes for some rather gruesome reading. But it’s time to tackle this issue head on.

Eric Rolls was a New South Wales grazier and environmentalist. His book ‘They All Ran Wild’, published in 1969, first revealed the feral story to me and many others. However, now in 2020, the feral situation is much altered. The introduction of new bio-invaders and more recent developments in the war against the long-term ferals has dated that masterful work.    (Page 3)
………………………………………….
Uncontrolled or free-ranging domestic animals have the same environmental impact as ferals or wild species. Feral cat or domestic? To the devoured bandicoot, what’s the difference? Likewise, vegetation is stripped bare alike by domestic livestock, feral livestock and rabbits.    (Page 4)
…………………………………………….
Today, fragile Australia is still dealing with the damage caused by all those hard-hoofed animals, domestic and feral. Yet the even bigger feral story is the ravages of ‘acclimatisation’ and the deliberate release of foreign wild animals. Acclimatisation became the obsession of affluent (usually homesick) British-born gentlemen with more money than sense. They felt it was their patriotic duty to convert Australia into something much more ‘British’ and far less ‘Australian’.

We have them to thank for the rabbit, the fox, the hare, common mynas, starlings, sparrows, redfin perch and other invasive species that proliferate at the expense of Australian native fauna and livestock.  (Page 8)
…………………………………………….
The Mouse Rat and Cat Plagues

Dogs chase cats because they prey on them, not because they hate them, and back then the Reverend Johnson’s cats and the other kittens that came ashore would have needed more than nine lives to survive Sydney’s dogs and dingoes.

On the other hand, small birds such as willie wagtails and wrens, small marsupials such as antechinus and bandicoots, little skinks…you name it, the cats that arrived with the First Fleet would have been killing all of them. Although the cats would not become a real nuisance until Sydney’s feral dog and dingo problem ended.

The native fauna was naïve to the wicked wiles of the moggie and the slaughter went mostly unnoticed. Cat predation most often happens at night and their prey is usually devoured by dawn. A sad scattering of feathers or fur in the morning is the only sign of nocturnal depredation. None of the early colonists would have been concerned if they saw a cat playing with a small grey creature. They’d just think it was a mouse or a rat.

Today feral cats constitute one of Australia’s greatest feral disasters and perhaps the one feral species that the average Australian has most contributed to, due to their popularity as pets and an ill-placed faith in them as vermin controllers that would do their duty and nothing else.

The cat’s dispersal throughout the continent matches the colonization settlement of modern Australia.  Their full range had been achieved by 1890 and covered an area of 760 million hectares in only seventy years. Letting cats roam uncontrolled, dumping the unloved and unwanted, and the deliberate release of cats as prospective bio-controllers have all provided thousands of willing recruits to the feral horde.

The Australian feral cat is an impressive beast.  Usually grey or ginger, they occupy every habitable part of the mainland.  They are the perfect predator and are murder on native creatures.  They are known to have preyed on over 400 vertebrate native creatures, which translates to 272 million birds, 470 million reptiles and 815 million mammals each year.  There are no figures for invertebrates and amphibians but the true extent, while unknown, would be horrific.  This is an appalling toll on our fauna and is in addition to the cats study but ineffectual toll on ferals such as rabbits, hares, rats, mice and imported birds.   (Page 196-197)
…………………………………………………..
Ethical Dilemmas in Feral Animal Control

In the 1990s, scientists based at the Victorian Institute of Animal Science demonstrated that a compound known as 4’-aminopropiophenone (para-aminopropiophenone or PAPP) was a rapid acting and humane means of feral cat and fox control.

In simple terms, PAPP kills by preventing the blood from carrying oxygen, which quickly leads to painless coma and death. Researchers also discovered that the delivery of PAPP in feral cat baits within a specialised capsule could limit the exposure of non-target animals to PAPP even if they consumed the bait. This became a significant feature of a feral cat bait that became known as ‘Curiosity’.   (Page 291)
………………………………………………….
Conclusion

The disparate feral eradication programs of the past had no hope of ever alleviating the broader problems because, like wartime intelligence failures, all the agencies involved were not talking or sharing information, much less acting in concert. A coordinated national approach to all feral animal management is critical if we are to eventually succeed. And now the right hand finally knows what the left hand is doing. That’s the basis of the Australian Pest Animal Strategy and national feral animal offensive.

It all sounds great in theory, and here’s hoping it works, because piecemeal programs only fix localized issues, but invasive species directly and indirectly impact every Australian.    (Page 294)   …………………………………………
Nature has very good reasons why it has ordered all species to remain in defined areas. It has much to do with balance and sustainability. As soon as those distribution boundaries are breached, there’s trouble, native species or not. And it’s the rule-breakers who always seem to be on the front foot.    (Page 297)
…………………………………………..
Australia’s feral woes began when control of the land passed from the environmentally cooperative stewardship of Indigenous Australians to the bull-at-the-gate management of a remorseless new order determined to ‘civilise’ the bush. During the early days of colonial Australia, when the native predators remained largely unmolested, the smaller to medium-sized terrestrial ferals stood no chance of establishing viable populations.

All that changed when the dingo was eliminated to make way for sheep, and the quolls, and a great many large reptiles and birds of prey went with them. Millions of acres of woodland were cleared, and the land was overstocked with millions upon millions of hungry, thirsty, hard-hoofed ungulates that placed an impossible burden on the fragile environment. This is how the pastoral foundation of modern Australia was built. The consequence in the eastern interior was environmental degradation and dysfunction, the land overrun by foreign species.

When the feral floodgates opened, they stayed open. Environmental disaster seen and unseen became the norm. Livestock, domestic and feral, became the large, widespread herbivore; rabbits the small. Foxes and cats became the widespread carnivores, and no-one blinked an eye. Native fauna was eliminated or persecuted. But it was all in the name of progress…and then in the name of sport. All this was committed by people with no evil intent, but rather blind – or at the very least, indifferent – to the catastrophic destruction unfolding before them.

It appears that as we now move into the third decade of the twenty-first century, the greatest dangers to Australia are the complacency that views feral infestations as ‘someone else’s problem’ and consigns the feral plagues of the past to ancient history.  Every feral problem, past or future, is every Australian’s problem, because ferals never sleep and those who forget our feral history are condemned to repeat it.  It bears remembering that no feral infestation has ever been totally eradicated, so based on past experience, once ferals become established in Australia they are here to stay.

Australia’s unique environments were never cut out the feral invaders.  All the ferals are death to native creatures, and the predatory skills set of the feral cat is appallingly diverse.  Nothing is safe for a feral cat.  They can climb trees and raid the nests of birds and arboreal mammals.  They have been blamed for over forty extinctions of native birds, mammals and reptiles.  Unsurprisingly, it is the little native mice, rats, bandicoots, bettongs and the like, and birds such as the plains wanderer and quail that mostly fall victim to cats, but nowhere are cats more destructive than on small islands with captive populations of ground-dwelling or ground-nesting fauna.   NOTE:  This small island example applies in many urban situations where bushland is isolated within suburban boundaries, as is the case with Munibung Hill (and many other bushland reserves classified as remnant but important refuge areas) becoming a virtual island and perfect hunting ground for the feral cats.  With nowhere to go, no escape route to ‘higher ground’ (safer territory), the small native creatures become easy pickings for the hunting skill set of the feral cat or domestic cat on the loose.

The full extent of the cat problem is being revealed as the effects of feline predation on native fauna become better known.  Research is ongoing as to the best approach to tackle the massive issue.

Who has priority?  An uncontrolled domestic cat or the hundreds of native creatures it will kill in its lifetime?

On the right side of time