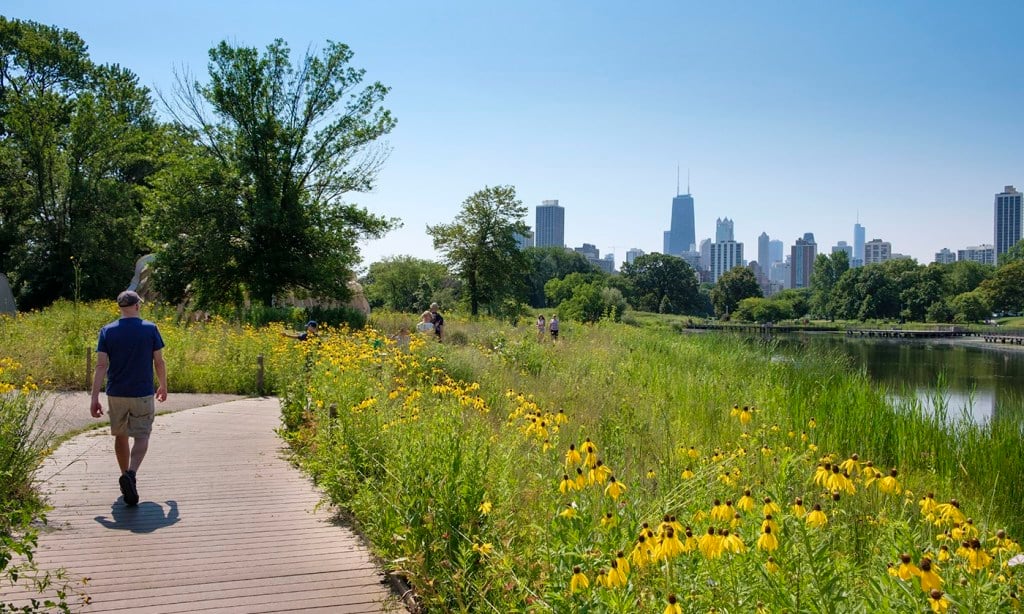 It’s nothing new to ask for nature to be given a higher priority on the planning agendas of those responsible for balancing the needs of an expanding human population.

In the U.K., conservation charity Nottinghamshire Wildlife Trust is hoping to make Nottingham the country’s first “rewilded city,” starting by transforming what was a massive concrete shopping mall built in the 1960s, Broadmarsh, into a haven for wildlife.  “There’s a lot of talk about sustainable cities—clean energy, carbon reduction, sustainable transport,” says Nottinghamshire Wildlife Trust’s Broadmarsh campaign leader Erin McDaid, “but the missing link in these plans is green space itself. To have proper green recovery you have to have restoration of the natural environment.”

The Rewilding Movement Across Europe 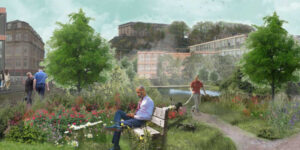 In London, too, city dwellers’ desires to forge greater connections with nature are resulting in modest urban rewilding efforts, though unlike in Nottingham the focus has been on enhancing existing green spaces rather than complete overhauls of human-made areas. Since 2000, the city has undertaken the removal of more than 20 miles of concrete tunnels from its waterways and introduced native plantings along their margins. According to Thames21, which helps manage the city’s rivers, the restoration work has helped increase sightings of kingfishers by 450%, as well as boost numbers of other bird and bat species.

Lawson reports that: The German cities of Hanover, Frankfurt, and Dessau have been collaborating since 2016 on a rewilding project called Städte wagen Wildnis (Cities Dare Wilderness). Authorities have set aside plots of urban green space, such as parks and sites of former buildings, with a focus on creating wildflower meadows to increase plant diversity and attract pollinators, as well as making cities more livable for human residents. The project has reported increases in the numbers of birds, hedgehogs, butterflies, and bees, and authorities say the meadows are more drought-tolerant than the short lawns they replaced.

The whole idea is the create a mix where people and nature both thrive. Let’s coin a new measure called the, nature/human thrivability index, to measure how well we’re doing at keeping nature well and truly at the forefront of our planning decisions.

Rewilding in the face of massive dewilding