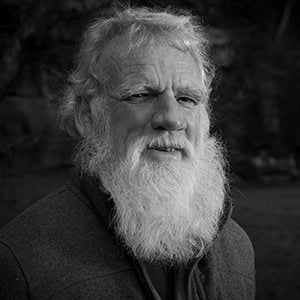 This is typically a yarn telling time of year.  There are all manner of memories shared around the dinner table at Christmas time and through the New Year period.  Some are tall and bordering on the ridiculous, others are about passing on traditions and rituals and the meanings that we associate with them.

In The biggest porky pies: How fake news has shaped our history, Julia Baird (SMH News Review, 29 December 2018) reminds us that:

“We’re all in on it. This time of year involves a global enabling of collective lie-telling. Colossal, elaborate, embroidered porky pies. An obese man dressed in red who creeps into your house at night after stalking you all year, watching you “while you’re sleeping” (surely a poor indicator of good behaviour). A long-suffering wife who seems to perennially bake while her husband poses for photos at malls. ….. Short pointy-eared creatures working in an ice-locked sweatshop. And a reindeer whose impressively iridescent nasal rosacea made him the subject of bullying from fellow reindeers until he was promoted, his elevated status suddenly making those very same reindeers love him. ….. The myths endure because they contain a kind of shiny-eyed magic. But they are undeniably fake news. And a necessary part of growing up is busting them. It teaches kids to assess evidence, weigh up suspicious signs, build a case.”

These myths have been well and truly ‘trumped’ by the #fakenews makers of the last couple of years.  They of course had a rich heritage on which to base their porky pies.

“To counter this, we need trusted reporters, editors, and media organisations that care about accuracy, fact checking and accountability for errors. And we need a citizenry armed with skills of sifting evidence, understanding rigor, research and authority. And we need to assess not just events, spin and propaganda in the present, but in the past too.”

Munibung Hill is a case in point.  Much of the evidence of Aboriginal presence has been scrubbed out.  Far too much of what once was – plant and animal species – is no longer. What remains must be treasured.   The history books would have us believe that not much (of any significance, ecologically or socially) took place around these parts prior to white settlement.  Since then, development has improved the area no end.  The balance sheet is skewed, with development being a rather loaded way of describing what has taken place.  The fake news is being exposed for what it is – distortions and lies. Read on..

Baird reminds us that: “First Nations people have been fed fake news and lies about their history and their presence for centuries.  As have we all. And the impact of this endures.  Myths like: there is only one Aboriginal culture, voice, or viewpoint. That Aboriginal people are inherently violent, lazy, drunk. That the impact of colonisation has long passed. That the first inhabitants of this land were simply hunter-gatherers. That Australia was just a wilderness before Europeans arrived.

The truth is starkly different. In his brilliant book Dark Emu, Indigenous historian Bruce Pascoe (featured picture, Newcastle Writers Festival 2018) writes: If we look at the evidence presented to us by the explorers and explain to our children that Aboriginal people did build houses, did build dams, did sow, irrigate and till the land, did alter the course of rivers, did sew their clothes, and did construct a system of pan-continental government that generated peace and prosperity, then it is likely we will admire and love our land all the more.

What Pascoe did was interrogate the evidence afresh, sifting carefully through journals of colonists and explorers, including pastoralists, surveyors, protectors, some of whom called the Aboriginal settlements “towns”. This work is crucial because after contact, after introduced smallpox, warfare, the burning of villages by Europeans, which destroyed perishable devices used to store the harvest, there was little left to show of this pre-colonised culture after 1860.

Yet, as Bill Gammage in The Biggest Estate on Earth: How Aborigines Made Australia found, early explorers and settlers believed they had stumbled on a “gentleman’s estate” of gardens and farms. The fact that the world’s oldest continuing culture inhabited this continent for about 65,000 years should be a source of great national pride; these discoveries should be shouted to the world.

Julia Baird hosts The Drum on ABCTV.  To read the full story:   https://www.smh.com.au/national/the-biggest-porky-pies-how-fake-news-has-shaped-our-history-20181227-p50ohq.html

Trees provide a picture into how the world works

Two perspectives on what price nature?