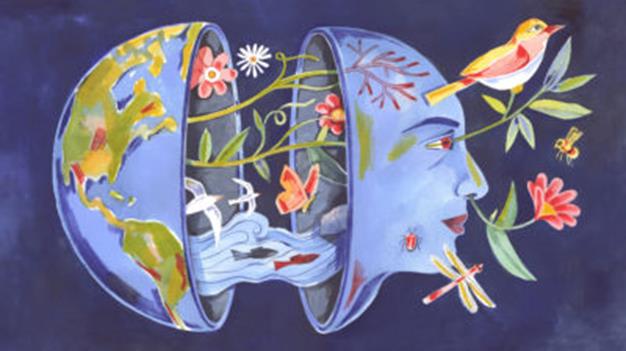 It seems obvious that we are a part of nature, not some separate entity independent of the earth – able to exist isolated from the components that comprise the living systems and all the other species that we share this one and only planet with.  And yet, there are still debates about this, with humans being pitted against the rest.

Carl Safina is an ecologist and a MacArthur Fellow. He holds the Endowed Chair for Nature and Humanity at Stony Brook University and is founder of the not-for-profit Safina Center.  In: Protecting Earth: If ‘Nature Needs Half,’ What Do People Need? (Yale School of the Environment • December 14, 2021) he notes that … “The campaign to preserve half the Earth’s surface is being criticized for failing to take account of global inequality and human needs. But such protection is essential not just for nature, but also for creating a world that can improve the lives of the poor and disadvantaged.

Must nature and civilization be opposing interests? Is nature conservation anti-people? What must be preserved to preserve what needs preserving?

Which comes first, the earth or people?  Safina and others are saying that it doesn’t have to be one or the other.  In fact it would be counter productive to argue along those lines.  It could be concluded, that to date, the people are winning, but at what cost, not only to the earth, but also to them.  It’s not an empty cliché to say that, what we do to the earth we do to ourselves.  Separation achieves nothing of lasting benefit to either.

The paper explicitly propounds that increasingly used phrase, “Nature Needs Half.” Critics of this paper and its related literature believe it is more crucial to first ask what people need, how much of the world must be set aside for human endeavors and to fix human inequities.

But as Safina points out: ‘Humans apart from ‘nature’ is impossible. Nature is everywhere — not just ‘preserved’ in parks.

Though the factual basis of the debate over protecting half the planet is scientific, values figure enormously here.’

Culture and religion have played a huge part in perpetuating the nature versus people divide.  Perhaps it’s time to call out the ideology that props up the dominion myth that has conscripted not only the majority of people, but also the other-than-human species expected to bow down to the alter of dominion and power politics that, it has been argued, has its roots within the upper echelons of industry and financial institutions.  The carrot has been growth and supposedly higher standards of living, at least within a materialism context. 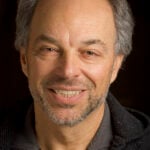 Safina notes that the question seems to be: ‘Isn’t the world here for us to use?’   And his reply is in the form of another question: ‘As arbitrary as it is to see humans as more valuable than the world, isn’t it equally arbitrary to view humans from a more relational moral perspective?’ The arguments flow back-and-forth along these lines.  And here’s the rub …

‘But there is one deciding non-arbitrary factor. Operating from a philosophical view that values humans above our earthly context is literally setting the world on fire, erasing tens of millions of years of evolved relationships, and threatening the future. We are far enough along in that experiment. The argument from a more equable perspective of humankind’s place in life and time looks increasingly like the only hope.’

“Protecting Half the Planet and Transforming Human Systems…” highlights two conclusions: 1) talking about half of Earth tilts us toward the scale of action required by the escalating emergencies; and (2) human systems must be downscaled and transformed. In other words, we cannot grow our way out of problems caused by growth. But we can shrink our way to survival and human dignity. The main problem is that we’ve delayed so long in tapping the brakes that we are coming close to hitting the wall at cruising speed.

Philosophy and law have expanded the moral community, first from small groups of humans to all people as reflected in the United Nations’ 1948 Universal Declaration of Human Rights. Efforts at “personhood” (a legal term for a rights-bearing entity) for other-than-human animals — and for landscape features such as rivers — reflect the small but growing sense that humans exist within and because of a wider living community.

Carl Safina is author of numerous books on the human relationships with the rest of the living world.  His most recent book is Becoming Wild: How Animal Cultures Raise Families, Create Beauty, and Achieve Peace. More at CarlSafina.org and SafinaCenter.org

To read the full story, click on the link: Nature Needs Half