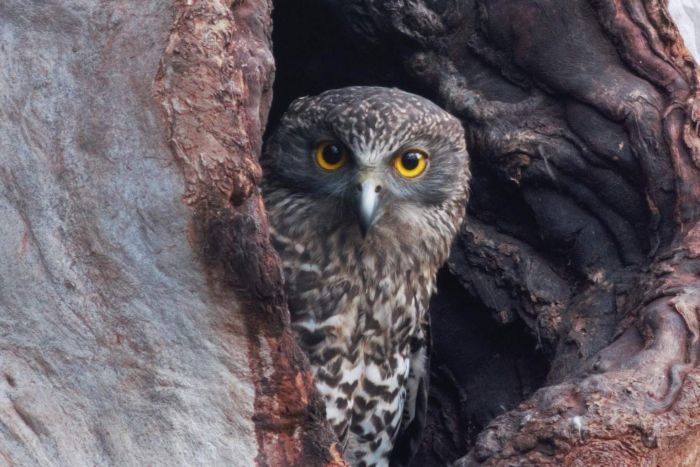 Producing an ecological health report card, is an important part of understanding how nature is fairing as the human footprint continues to colonise every aspect of the natural world.

These are the facts, the realities that must be addressed:
1. The ecological foundation, upon which our society and economy are built, is being eroded away.
2. There has been a collapse in the population and distribution of many species of insects, birds, mammals, reptiles and amphibians.

To get a snapshot in time can be a starting block on which to build a more complete picture.  An overview of the health of Munibung Hill habitat must be one of the criteria. If we take the condition of Munibung Hill in the early 1800s as our baseline:

With each passing generation, a new normal seems to be accepted.  The troubling thing about this way of thinking, is that any decline or eroding of the baseline population and habitat integrity can be rationalized or justified within a human context and considered okay. That is, until it’s not oaky.  And then those same people who watch – or didn’t watch – the decline, look to someone to blame for the new normal which they now deem to be unacceptable i.e. air pollution from the burning of fossil fuels is a typical example, rivers running dry as with the Murray-Darling Basin, polluted oceans from massive amounts of plastic, is another case in point.

As the song goes: Every generation blames the one before.

As each generation blames those from earlier generations, the new normal allows for a continuation, albeit at a lesser scale (one would hope) of the earth damaging behaviour.  By kicking the blame down the road, they number of issues and their severity compound and accumulate. The cumulative effect of this has meant that we never really get to the crux of the problems facing us.  We skirt around the edges, tweeking here and there, but not making the deep cuts, the fundamental changes that will drive down emissions, in the case of the climate crisis.

For Munibung Hill, we need to ensure that what remains is not subject to further decline. 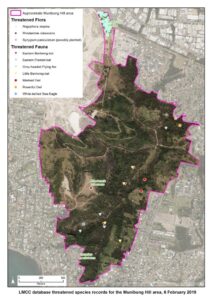 With the implementation of the Management Plan there is the opportunity to claw back some of what has been lost.  Over time, let’s hope that regeneration is able to repair much of the damage done in earlier times. At least in respect of vegetation.  It will take much longer to correct the situation for native animals species that has become locally extinct

The Fivefold Vision provides us with a template for understanding what needs to be done. How Munibung Hill needs to assessed as a whole vibrant living entity, considered in terms of reliance one with another, acknowledging that nested ecology places humans within the totality of the Munibung Hill community.

For the most part, the human component must be seen as visitor, while the existing native plant and animal species must be considered full-time residents, whose homes and ways of life must be taken as the norm, the baseline, the non-negotiable given, not to be traded away.

This will by necessity mean reducing the incidence of invasive plant and animal species.  The feral predators of the introduced kind such as roaming domestic cats needs to be reduced to the maximum extent possible.