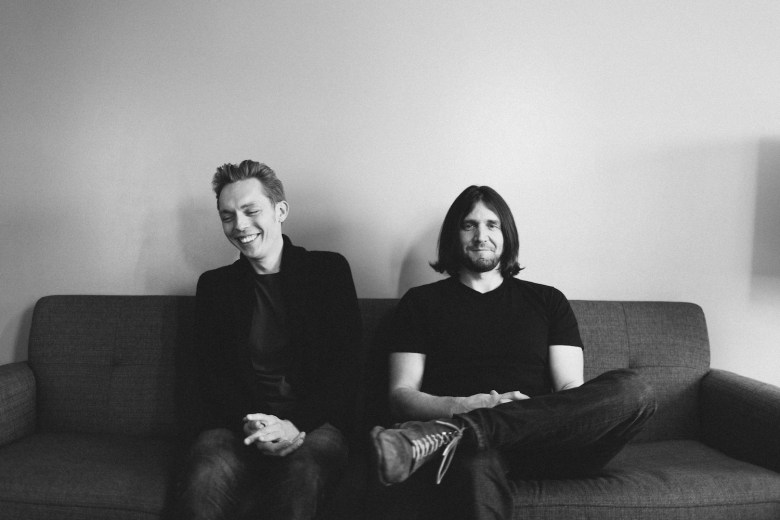 We promote the getting out into nature and Munibung Hill in particular, as much as we can. We think that maximising the benefits of being in fresh air, allowing our senses of sight and smell and touch and feel to be exercised along with our hearths and muscles are good things. A minimalist approach can lead to nature-deficit-syndrome and leave us disconnected  from our ancestral home.

At a time when:
1. urbanisation has distanced us from wild places and a focus on material gadgetry has grabbed our attention, the opportunity for rebalancing these with the aid of some minimalist practices could be timely and worthwhile;
2. we are encouraged to shop for the sake of the economy, to keep people in jobs and businesses chugging along, it seems like a cop out to opt out of such behaviour, in favour of minimalism.

But this film: Minimalism: A Documentary About The Important Things,  was made in 2015 before the events of the last couple of years with lockdowns and a kind of enforced reduction in people’s spending. In any case, the principles of minimalism apply no matter what the latest upheaval in human society throws up.

In this review Amitesh Jasrotia reflects on his watching what he describes as: “a thought-provoking documentary called Minimalism on Netflix.” (Bookjelly, March 8, 2021) ... https://bookjelly.com/documentary-review-minimalism/

Released in 2015 and directed by Matt D’Avella, Minimalism underlines the futility of our tendency to accumulate things. Things we don’t need or things that add no value to our lives. Yet for status reasons, we keep on buying stupid stuff. Actually, we not only buy new stuff, but we also hang on to the old stuff, resulting in a major hoarding problem. I am sure a lot of you reading this are nodding your heads yes.

Minimalism centres around Ryan Nicodemus and Joshua Fields Millburn. The duo has come to be known as The Minimalists since and they advocate less is more lifestyle.

The documentary captures their interactions with TV hosts and common people as they promote their book and philosophy of minimalism.

Minimalism also features other practitioners as well as experts from academia. Together, they bring interesting perspectives and make the documentary a worthwhile watch.

At age 30, both started feeling a void of purpose in their lives triggered, perhaps, by a feeling of material surfeit. Both felt stuck and unhappy. It was at this point they decided to expunge all the non-essential stuff from their lives and live on only what was essential.

“The standard of life is determined not so much by what a man has to enjoy, as by the rapidity with which he tires of any one pleasure.” Simon Patten, the pioneering economist-philosopher.

See, there is this facet of consumer capitalism which goes under the radar of many. When you become a victim of mass-marketing techniques and buy stuff on pure impulse, you inadvertently coax yourself into a behavioural pattern.

Just as a kid is fixated with new toys, you love your new car, gizmo, set of clothes, etc. But as soon as the novelty of the last purchase wears off, you decide to venture out seeking a new reward. This circle of conspicuous consumption has no end.

Juliet Schor, Professor of Sociology at Boston College, affirms, “Advertising has infiltrated and polluted our culture.”

The advent of online shopping has allowed this infiltration to multiply many times over. Today when you are connected 24/7, advertisers know where to carpet-bomb you with ads. There is no escape.

Even if you don’t feel like buying, the shopping apps and the social media narcissists ensure that you don’t get off the treadmill.

There are all kinds of pressure – social media and TV ads inducing most of it. Fear of missing out (FOMO) drives you nuts and Fear of better options (FOBO) throws you for a loop. Long story short, the consumption and piling up of stuff goes on unabated.

Minimalism asserts that every possession should serve a purpose. Ryan Nicodemus remarks that: “every time you buy something, ask yourself – does this piece of furniture or this gadget add any value to my life?”

Another featured expert in the documentary aptly puts it: “You can never get enough of what you don’t really want.” – Rick Hanson, Neurologist

While the documentary has minimalism at its centre, it kind of goes off-centre by talking more and more about advertising, advertising to children and consumerism. I know they are all interconnected, but I felt that by going down those adjacent issues, however important they are, the documentary digresses from the main topic of minimalism.

All in all, Minimalism is a decent documentary. If you are a newbie starting down the minimalism road, you’d draw a lot of inspiration from it. It does lose steam towards the end, but, still manages to get the message across effectively.

Minimalism Practicing Authors who feature in the documentary:

For those of us who don’t have access to Netflix, there is the book and other similar titles that are perhaps available at local libraries.  Whatever our situation, minimise the urge to accumulate and become burdened with the material in favour of maximising the urge to accumulate more of natures many benefits and gifts.

The importance of bushland connectivity for wildlife rights and conservation

Thinking in wholes as stewards of the future