COMING AT THE SUBJECT THREE WAYS …

To rubbish Munibung Hill is to rubbish our kin

The vast majority of people, who are visitors to Munibung Hill, do so with the intention of enjoying the experience, in a spirit of goodwill towards other visitors. Not only their fellow walkers, but also the non-human beings who live in her bushland – these non-human beings were considered kin within indigenous culture.

So it is with a degree of sadness and frustration that we have to contend with the small number of people who dump their left overs at picnic spots along the walking tracks and the one access road.

For some reason these people do not understand that to rubbish Munibung Hill is to rubbish our kin.  If they loved the Hill the way we presume they do, then they’d carry back out the leftovers of what they carry in – they’d think about the fact that they’ve come after someone who didn’t rubbish the area and they are the beneficiaries of the vast majority who do the right thing by everyone.  Those who think about and respect the rights of the plants and animals to go about their business without being put upon by a species (humans) who claims to live by high ideals but seem too often, not to practice what they preach.

To those who do the right and decent thing, we thank you for caring and practicing good manners while on the tracks in the bush.

If we can get a message through that says something like, the weight you carry out in terms of empty containers is most likely to be in the order of 1-5 kilos lighter in the carry bag, due to the contents being consumed, perhaps this would help.  Then again, perhaps this is overly simplistic. Any ideas would be appreciated.

It’s rubbish to refer to rubbish as rubbish

Rubbish is not rubbish. To think that it is, is to be trapped by the narrative that the things that we throw away are worthless and of no value.

It begs the question – when did these rubbish items have value?

The way we’ve constructed our lives ensures that everything ends up as ‘rubbish’.  What was once a resource or resources, over time becomes ‘rubbish’ because of the way we think and act out that thought process.  Some would say that it’s precisely because we don’t think about what’s morphing from useful product into useless ‘rubbish’ that we’ve got ourselves into this ‘mess’ – at least a messy way of thinking.

In a linear industrial production system, rubbish is a product of value if to no-one else than the rubbish / waste disposal industry.  The problem with this waste industry is that it has a vested interest in the throw-away society.  There are jobs and machines and fuels to power them and so it goes – each of these in their own way generating more ‘rubbish’  – more waste (read pollution).

Let’s take the example of a humble packet of breakfast cereal, cornflakes. 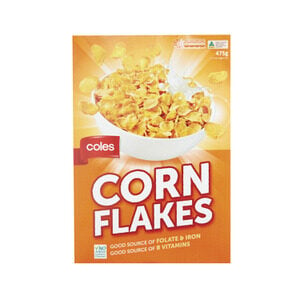 The process is as follows: seed is planted, grows (courtesy of mother nature), gets harvested, transported to a factory, processed into flour, cooked into flakes, packaged into plastic bags, repackaged into cardboard cartons, that have been printed with labelling information and marketing pictures, etc., shipped to a warehouse, then to a retail shop, purchased by an end user, taken home and stored in a pantry, contents eaten, plastic bags recycled into soft plastic system at supermarket, cartons recycled in yellow lid bins to be returned for reprocessing.  The packet contents of corn flakes get eaten with the fibre by-product excreted as poo, crap, faeces, turds, poop or humanure (name used as comparison with other manures that are considered a resource and sold commercially i.e. horse, cow, sheep, poultry manure).

The cycle is complete, but complex and energy intensive, for a product that nutritionists would say is of questionable nutritional value.  The waste built into every stage of the production consumption process, begs calling out for its waste.

This example would be compounded even more for those brands that are not made in Australia using Australian ingredients.  The food miles adds is extended to be an greater earth burden and the unsustainability is compounded.

Local production, using renewables, following circular economy principles has to be applied to this and every other product type if we are to stem the tide of rubbish and re-establish a right relationship with mother earth.

When is the law not the law?

When it’s not practiced and enforced.

It needs to be remembered that … “the existence of a law is not the same as the enforcement of the law.” (EDO, Aut. 2020)

It is generally accepted that the law only works when there is at least an 88 per cent plus compliance rate.  Anymore that 12 per cent or an 1/8 of the population not abiding by the law and the whole situation begins to unravel.

For example: a minority of people rubbishing Munibung Hill disturbs the pristine bushland setting for everyone else.

Enforcement is not keeping pace with the steady stream of rubbishers – or tossers as the government campaigns like to phrase it. Those who knowingly see it as their right to leave behind the packaging of the drinks and snacks and meals that they carry to Munibung Hill to enjoy, thus adding to their experience, are spoilers for others experience. While happy to carry out the contents of the cans and packets in their bellies they are unhappy to carry out the drink bottles, cans and packaging in their bags or pockets.

It falls on the 88 per cent to carry out not only their own bottles, cans and packaging, but also the additional left-overs of the most probably much less than 12 per cent who fail to see that if we all behaved as they did, they wouldn’t visit Munibung Hill because of the piles of rubbish left scattered about.

Our best long-term hope is to change the story. To have a narrative that starts with toddlers that we don’t rubbish mother earth:

That how we treat our mother (earth), is how we treat ourselves.
That there is no away – what goes around comes around. We live on a finite planet.
That we all live downstream – the backyard of one is the front yard of another.
That the plants and animals at Munibung Hill are our cousins and close relatives that deserve kindness and respect.
That rubbishing the earth does no one any favours,
That a disregard for the health and wellbeing of neighbours and fellow travellers on the walk through life is like leaving a debt that the next generation have to pay back with interest.

Read more here: The right to a healthy environment in Australia, EDO

Once in a generation opportunity to help protect Munibung Hill

Nature is more than a place to visit – it is home