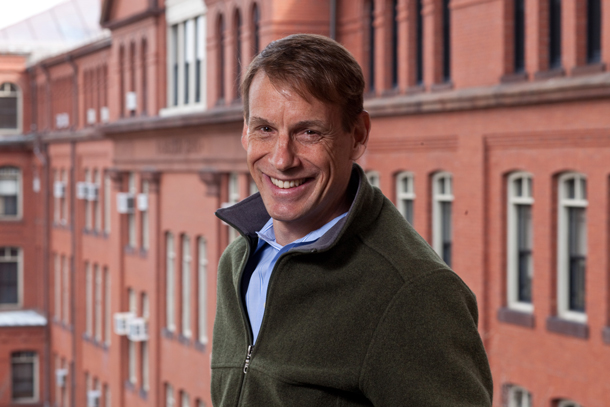 Protecting nature to protect ourselves.  Sounds obvious, but …

On this road trip of life, where do we expect to end up?  If life is as they say, more a journey than a destination, then where is this journey taking us? Usually these kinds of questions relate to the human journey, but they need to be more inclusive, not singling out the human species as deserving of any special treatment.  After all, when we speak of life, it must include the life of other-than-human beings, since the life of human beings is completely dependent on plant life if we are vegans and include animal life if we are vegetarians and / or omnivores.

As a matter of urgency we need to prioritise marine areas, forest areas, the entire atmospheric area, the soil area, the invertebrate housing area*, as high priorities – as places where human occupation is limited to caretakers and managers – where wholesale invasion is severely restricted.

What’s needed is a planetary health reporting system of the kind advocated by Samuel Myers and Howard Frumkin, in: Planetary Health, Protecting Nature to Protect Ourselves. For example, a comprehensive ecosystem ‘blood’ test to measure the health of each component part and the whole, with a results sheet including the healthy range within which each reading is recorded – in a similar fashion to readings for red blood cells, white blood cells, etc.

Richard Horton, editor-in-chief of the journal The Lancet, is credited with coining the term “planetary health” in a March 2014 article titled “From Public to Planetary Health: A Manifesto.”9 “The harms we continue to inflict on our planetary systems are a threat to our very existence as a species,” Horton wrote. “The gains made in health and well-being over recent centuries, including through public health actions, are not irreversible; they can easily be lost, a lesson we have failed to learn from previous civilisations.”9

If this were the human report card we’d have a series of pandemics, we’d have ICUs swamped with patients, and we’d have emergency budget allocations with wide ranging attempts to stem the waves of the sick and dying.

And scientists tell us that by degrees of separation, this is happening to us.

The Rockefeller Foundation-Lancet Commission on Planetary Health recognizes that human health and the health of our planet are inextricably linked, and that our civilization depends on human health, flourishing natural systems, and the wise stewardship of natural resources. With natural systems being degraded to an extent unprecedented in human history, both our health and that of our planet are up against it. https://unfccc.int/climate-action/un-global-climate-action-awards/planetary-health

We are insulated from reality by a monetary system that distances us from the real world experiences of the more-than-human beings we share this blue and green planet with.  Because we go to the supermarket and not the land, not the farm or the forest, our vision is obscured – we are blind to the price being paid by our non-human beings so we can carry on regardless.

Myopic, yes. Futuristic, no.  We are prioritising the trivial over the essential, the bland over the beautiful, quantity over quality, linear over circular, the economy over the ecology, our singular lifetimes over generational lifetimes, shadow over substance and we are reaping what we sow. 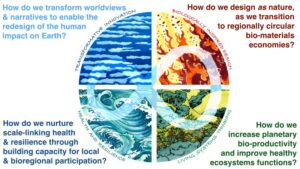 Every profession has its reference books, its manuals, its quality assurance guides, its best practice tool kits.  Scientists have prepared copious reports and there are ample guidebooks such the Transition Towns Handbook, Holistic Management Handbook, Circular Economy Handbook and Retrosuburbia, to name four.  To what do we refer when it comes to our go-to guide, our roadmap by which we measure our progress towards or away from where we expect to end up?

*Just as human society needs good governance, these areas need governance to ensure that limits are placed on their utilization such that their integrity is not compromised.  Not harmed. No abuse clauses must be set the same as those applying within the human realm. Just as domestic violence is deemed unacceptable not only morally but legally, so to must there be no abuse clauses for nature. The rights of nature to survive and thrive needs to be enshrined in law. Human misbehaviour that violates these would then be brought before the courts and dealt with in such a way as to make reparations commensurate with the damage done, to discourage others from engaging in similar ways and create new standards of behaviour. Ecological justice must be given equal prominence to that of social and human justice.
……………………………………………………
Horton R, Beaglehole R, Bonita R, Raeburn J, McKee M, Wall S. 2014. From public to planetary health: a manifesto. Lancet 383(9920):847, PMID: 24607088, 10.1016/S0140-6736(14)60409-8. [PubMed] [CrossRef] [Google Scholar]

Lights off for moths