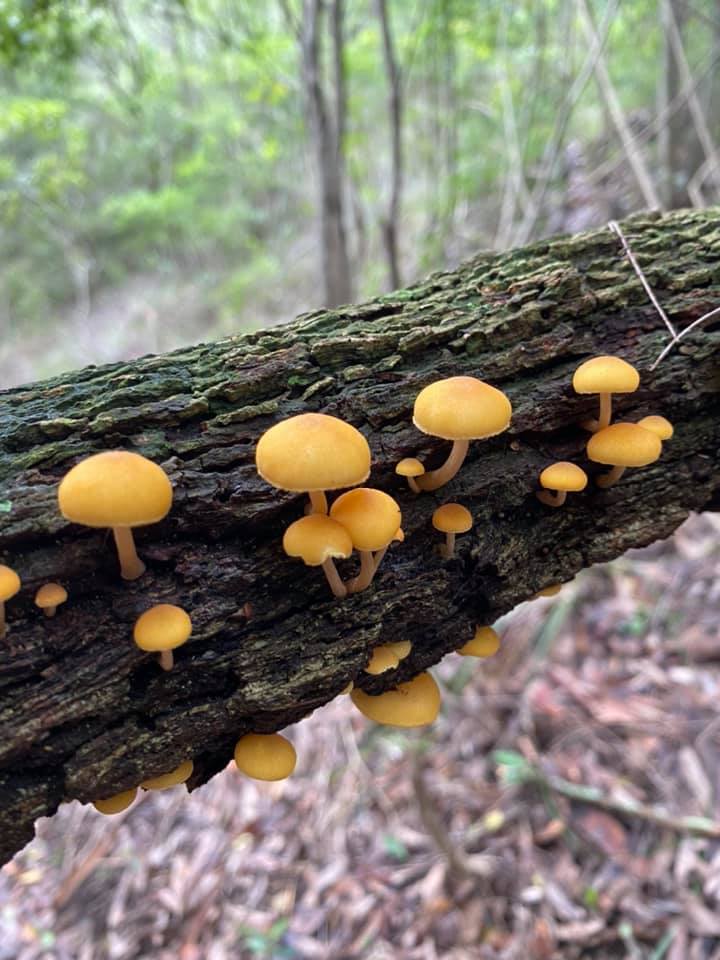 WITH all the wet weather along the east coast of Australia, mould has been making its presence felt and become the bane of many peoples lives. But mould is just taking advantage of conditions suited to its ways of living, showing up our lack of attention to good ventilation or getting clothes out of the closet and into the fresh air. But this story while acknowledging mould as being part of the fungi family is about the organisms we find in the forests and wooded areas of places like Munibung Hill.  It’s of interest to us, because fungi is one of the sources of food for one of the native animals we are keen to see survive and thrive – Bandicoots.

In: FUNGI: Often an Underestimated Group of Organisms, Dr Julie Old and Dr Hayley Stannard (Australian Wildlife magazine, Vol 3, Autumn 2022), note that: ‘Many fungi form symbiotic relationships with animals or plants. Some of these relationships are essential for the survival of the fungus.’

‘Around ninety percent of our native plant species have a mutualistic relationship with fungi. Generally, these fungi support plant growth by enhancing nutrient absorbance and obtaining nutrients from the plant in return.’

Fungus feeding is known as mycophagy and is widespread in invertebrates.  There are well over thirty species of mammal in Australia that consume fungi, including the native rodent, brushtail possum, yellow-bellied glider and bilbies.

Many mycophagous specialists have an enlarged stomach that provides the host with sufficient time to digest fungi adequately. For example, whilst bettongs are fungi specialists, they also consume roots, tubers, and grasses. However, fungi are nutritionally diverse with different species containing varying levels of nutrients, hence some mycophagous species consume many different types of fungi to meet their nutritional needs. The northern brown bandicoot (Isoodon macrourus) eats plants, invertebrates, and fungi. The difference in the diet of the bandicoot, compared to other species, is also reflected in the anatomy of their digestive tract, which is regarded as much less complex than others (i.e., simple).

Australian mammals consume a diverse range of fungi found within three of the seven phyla (Ascomycotina, Basidiomycotina, and Zygomycotina). During their nocturnal foraging, they can travel long distances, throughout which they make regular deposits containing fungal spores, thus supporting fungi distribution throughout the environment. Hence, whilst many Australian native mammals rely on fungi for food, fungi are also reliant on mammals for dispersing their spores.

“Everything / Sooner or later / Is part of everything else.” – Mary Oliver, in The Anthropocene Reviewed

Ecological beings – could this be the new normal?