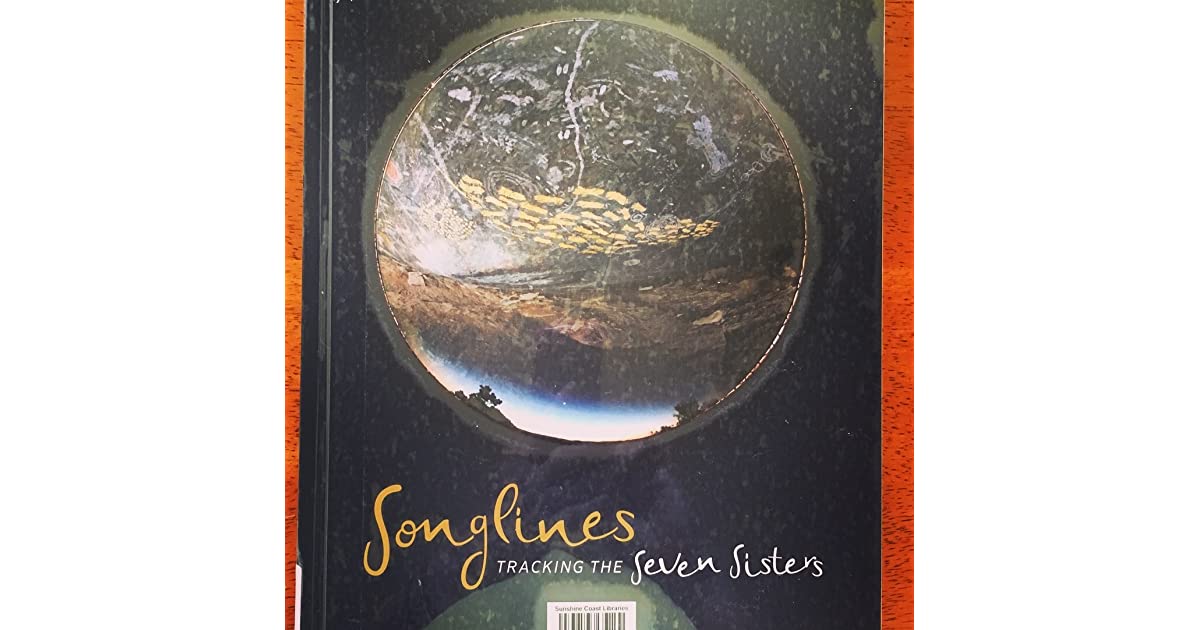 To help understand and appreciate the importance of indigenous story telling we are posting this second collection of extracts selected from: SONGLINES: The Power and Promise, by Margo Neale and Lynne Kelly, Thames & Hudson. 2020.  The book is available at all good bookstores and from many local libraries.

Songlines is the first in the First Knowledges series of six books that will give an in-depth understanding of Indigenous expertise. The second and third books on Design and Country will be published in 2021.

The research on the impact of music on memory is substantial and shows that music is a powerful mnemonic device primarily because songs are more memorable than text.

p.93 ..
Performance is a much used way of enacting stories …

As if the performance of the knowledge system encoding the Songlines isn’t enough, further devices are used to ensure that the encyclopedia that is the landscape is even more strongly archived.  Art is an extraordinarily powerful mnemonic device, so valuable that we’ve devoted all of Chapter 9 to this topic.

p.95 ..
It is upon the immutable structure of Country that layer upon layer of interwoven knowledge, commentary, philosophy, debate and higher levels of learning can be constructed.

To date, most people in Western society have not used all the memory options available to them.  They have not taken advantage of the techniques demonstrated so beautifully in the Songlines.  Our memories are an under-utilised resource in which ancient knowledge systems have been supplanted by Western knowledge systems, which outsource much of our knowledge to books and technology.  We can have both.  We can have the Indigenous archive so skillfully optimized over millennia and demonstrated in the Songline, and we can use the Western archive so wonderfully recording in writing and technology.  We can have a third archive, combing the best from both.

The massive Australian continent is overwritten by a mesh of complex Songlines covering nearly 8 million square kilometres.  Each section is maintained and controlled by the local traditional owners but also shared when appropriate.  Australian Songlines are without doubt the largest memory palace ever used.

When trying to conceive of the size of just one Songline, such as the Seven Sisters, we must consider that it also includes the sky above Country.  It is then truly ‘everywhen’ and unable to be quantified in the Western way of thinking.

But it is more than that.  When we are walking through an area of bush, we are walking in the present and most of our thoughts are in the present, even though we may consider the past and the future as we stroll along.  Many Aboriginal people then they walk on Country, however, experience the past of the ancestors and every time span that has existed and will ever exist.  Anthropologist WEH Stanner coined the expression ‘everywhen’ when he was grappling with this Aboriginal sense of time and place.

a saying oft-repeated by Aboriginal people describes time cycles and spirals:  when you look behind you, you see the future in your footprints.

Every performance brings out each person’s different level of understanding and learning.  Performances tell a story in motion that is basically immutable, but the way a performer colours that story changes with the storyteller.

p.104 ..
In Australian Aboriginal terms, they do not own the land; the land owns them.  They are the custodians with the responsibility to care for Country.

Only with complete and accurate knowledge of the ecosystem and seasons could Indigenous people be sure of a well-fed and sustainable life.  Consider the cycad Macrozamia moorei.  Eating fresh cycad seeds will kill you very quickly.  Yet cycads are a very high-yielding source of carbohydrate and protein, and the ceremonial gathering of some Aboriginal cultures are totally dependent on cycad seeds for feeding the large group who meet for weeks or months at a time.  To make the seeds safe takes days of preparation.

It is obvious that these cultures must have been taught this information by previous generations.  Somewhere, somehow, at some time, testing showed that the seeds were deadly and to be avoided all costs.   But then someone discovered that leaching them in water for four days made them not only safe but hugely sustaining when ground into floru and made into bread.  Alternatively the kernels could be fermented over a number of months in large containers or pits and the results were delicious.

And so on more of this information …. 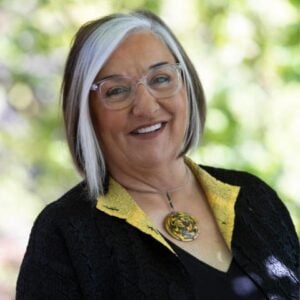 As the Gay’wu Group of Women explained in their 2019 book, Songspirals:

Our connections are to the land and sea too. Sea is part of Country.  We call this Sea Country.  We belong to the sea and the sea belongs to us, just as with the land.  We don’t see any clear distinction between land and sea, rivers and mangroves, earth and sky; they are all connected through relationships.  This is the basis of our authority, our land right and sea rights

Australian Aboriginal astronomy is a continuous knowledge store almost certainly dating back to the first arrivals around 65,000 years ago.

Aboriginal art in all its forms (sub heading)

p.167 ..
Art is such an integral part of Aboriginal life that it appears in almost every context imaginable.  If there is going to be a gathering, then people need to know when and where to turn up.  One way they could find out was via message sticks, consisting of lengths of wood, and sometimes bones, marked with a wide variety of geometrical or representational designs.  Message sticks were a communication device, a letter, a design for purpose.  They were used to summon people to gatherings for corroborees, or meetings of smaller groups for specific events or to resolve disputes, and as notes of introduction to those whose country you needed to cross.  They could be inscribed to indicate where to find water, food and shelter and to guide navigation.  Acting as a mnemonic device, they were often meaningless without the memory of the bearer.

p.172 ..
… paintings are produced by members of gathered clans who each contribute their part to the story.  In this way they tell of waterholes and camping grounds, groves of trees, events and food eaten on the way.  Every aspect of life and Country becomes symbol on the ground.

p.179 ..
Without memory there is no knowledge (sub heading)

Almost all human knowledge is now available on the internet – your just have to search for it.  So why bother memorizing anything?  This worrying question is asked far too often.

Firstly, you can’t look up something if you don’t know it exists.

Secondly, as you burrow down to specific information, you can’t connect it to the bigger picture.  Creativity – the way to see things in new ways and construct new ideas – depends on being able to see and understand from different directions.  If you don’t have various forms of knowing memory, how can you identify new patterns and ideas?  All you are capable of doing is regurgitating the information that has already been neatly written and indexed for you.

Thirdly, how often do the knowledge keepers in every society have to make decisions based on what they know, without the time to go and look it up?  How would you feel about a doctor who had to look up every symptom you mentioned?  Or a policeman who had ho idea what the law sated?  Or a singer who knew hone of the lyrics with an autocue?

Fourthly, if you want to go to the higher level of thing that we educators talk about endlessly in education – analyse and synthesise, hypothesise and theorise – then you have to analyse, synthesise, hypothesise and theorise about something.  Otherwise, your new thinking is meaningless.  By grounding your knowledge, literally, in Songlines, you have a firm knowledge base on which to build ever more complex layers of understanding.

And finally, your brain is a muscle.  Like any other muscle in your body, it will slowly atrophy if you don’t use it.  Looking up information and regurgitating it does not exercise your brain at all.

All knowledge is based on memory, and all memory is prompted by cues.  Once of the great gifts on offer from those who understand Songlines is how to set up those cues and push our memory just that much further to a capacity we have never experienced before.

p.183 Be at one with you landscape (sub heading)

Songlines are a knowledge archive perfectly tune do the way the human brain has evolved over thousands of years.  There is a reason that every Indigenous culture on the planet has engaged so intensely with their territory, their land, their home: the human brain naturally recalls information when it is triggered by physical cues in its environment.  Nothing is more powerful than a location where an event has happened – can see it clearly in your mind.

In the Indigenous worldview, all the features visible in the land were created from an ancestral event such as a battle, a place where spears were stolen, a cave where the dingo hid, its family or a location where a healing ceremony occurred, leaving smoke ring patterns on the rock surface.  It is at these sites of ancestral events that ceremonies relaying the whole story are performed for reinforcement and transmission.  It is a dynamic learning, and the story can vary according to the context and the storyteller.

Your country, where you live, is a story palace.  It is only by experiencing your landscape in this way that you can glimpse the Indigenous connection to Country.  But you can also use it to enhance your own learning.  Indigenous children are taught in Country from a very young age to know the land.  They learn to populate it with characters and events, building a map that will become their database.

As soon as you begin encoding knowledge into your street, building, garden or area of bushland you choose, you will find that you notice details you have never noticed before.

p.186 ..
Art is for everyone, everywhere and everywhen

All cultures create art.  In Indigenous cultures, everyone is an artist.  In Western cultures, only some people are allowed to be artists, and this selection starts in school.  In each class there are one or two recognized artists, and the other students learn that they are not artists.  They might be academics or sportspeople or good at science – but no one is allowed to be seen to be good at too many things.  Often if you are labelled as the arty one then you are not the brainy one of the one who has the knowledge.

This is in contradiction to the Indigenous world, where mark-making on a huge range of media – or art, as it is now called – encodes knowledge and belongs to everyone, just as books belong to everyone in the Western world.  However, art has an immediacy that books do not, and art can excite an emotional response at first sighting.  This encourages the visually literate to read more into a work and learn and carry that learning for as long as the image is recalled in the brain.  Just like the concentration required to convert information you are studying into song, dance and story, encoding your information visually or tactually, or both, leads to a memory device that is astoundingly effective for those who have never experienced art in this way before.

Aboriginal cultures traditionally are non-text-based so designs handed down for generations are visual scripts.  Any imagery makes cues stronger – even rough sketches will do.  Drawings, colours, patterns, humour, drama and exaggeration all help.  Designing an artwork is a concrete task that you can’t do without concentrating.  Thinking about how to represent the knowledge forces you to engage with it.  Thinking about how you represent the relationships between all the parts forces you to concentrate more.

We are all, temporarily, not soil – Matthew Evans explains

Nature is more than a place to visit – it is home