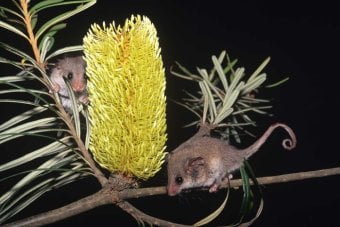 There was a time when a love for nature was such a natural thing that we could do it without giving it a second thought. It was as the saying goes: second nature to us.  We were so intimately connected with the land, deriving most of our food and sustenance in a very direct way.  There were far fewer middle merchants, much smaller towns and cities. We grew locally.  We ate seasonally. Not so today.  Fast forward to the present and many people haven’t got the foggiest idea where most of their foods come from let alone appreciate the effort and energy that goes into getting them to the kitchen and on to the dinner plate. 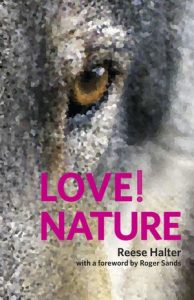 Reese Halter in his new book Love! Nature, asks us to recalibrate our relationship with the natural world. To not just recognise that nature exists but to live in partnership with nature as if our lives depended on it.

Mature forests ensure drinking water for more than 1/3 of all cities or billions of people around the world. Mature trees protect cities from storm water runoff, and reduce cooling costs for homes, schools and factories by 40%. Mature trees provide invaluable shade and absorb tons of air pollutants. Mature trees and ancient forests are the most perfect carbon dioxide warehouses. For every 1 ton of ancient wood, 1.5 tons of atmospheric carbon dioxide was removed and 1 ton of oxygen given off.

In a discussion with Phillip Adams on Latenight Live (How will mass extinction hit Australia? LNL, ABC RN, 21 May 2019), Halter calls for a change of heart. We humans depend on the biodiversity of life on earth for our health and wellbeing.  All creatures need minimum populations for long term viability.  While we expand at an alarming rate we create the conditions for the collapse of our fellow earth species across all sectors – plants and animals, across all habitats land and sea.  For example, while not technically extinct the Koala is functionally nearly at that point due to the unprecedented destruction of habitat. It’s a simple case of no trees, no koalas.

Our insatiable appetite to consume produces plastic waste on a massive scale.  Halter says that aiming for an economic growth rate of three percent is fool hardly on a finite planet. To continue on this current growth trajectory will require the equivalent of four planets.

Halter suggests that one way to reconnect with nature is to shift our focus from screen time, replacing it with tree time. Fifteen minutes a day in the presence of trees is time well spent he says …. 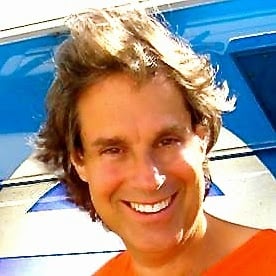 Ancient forests are a cornucopia of potent pain, cancer, coronary and other disease-fighting medicines. Ancient forests have other tremendous medicinal and spiritual values.  Ancient forests provide crucial homes for animals, insects, invertebrates, fungus, bacteria, microbes and fresh water. It is time to protect all remaining ancient forests from rapacious humans.

For more click on the link: Natures wonders;  and to listen click here: How will mass extinction hit Australia?

Urge to dominate nature is the problem