Grade 2-4: Suitable for most ages. The track has a hardened surface that varies from flat to gentle slopes to steep badly eroded sections. 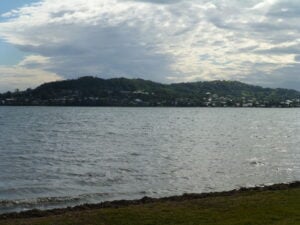 This is the primary track from which walkers can get a whole-of-hill perspective. There are 9 Creek (Powaramalong) catchments to the east and 10 to the west.  This is watershed country that before widespread clearing and all the associated settler activities, would be a landscape conducive to regular stream flows, that are now only intermittent. This does not render the creeks any less important. It makes the revitalisation of the landscape all the more essential.

‘Today we walk where once they walked’ – takara milaythina mara mapali takara. This is the track, with its elevated vantage point, from where Aboriginal elder Biraban would have surveyed ‘country’ for which he had oversight during his time as elder and keeper of storylines.  A cultural heritage plan has  been proposed for much of Munibung Hill which was and remains an important part of country for the Awabakal people.

Places and resources of value in Aboriginal culture were “threatened by ignorance and by decisions that favour other values”. Indigenous heritage in south-eastern Australia pre-dates the oldest known heritage preserved in other parts of the world. Munibung Hill falls into this category, simply due to her deep past and the records of Rev. Lancelot Threlkeld of the London Missionary Society (LMS): Biraban’s presence, a Bora or Ceremonial site, an Ochre quarry, Stone arrangements. More at this link: Fivefold Vision for Munibung Hill.   And at this link: The surprising story of Birabaan and Threlkeld

The Aboriginal significance of this walk, in many ways also applies to most of the other tracks across Munibung Hill.  Respect for country therefore carries over to these areas, bringing with it our need to uphold values that are consistent with ‘connection-to-country‘ – explanation at the link. The co-naming of some plants and animals is intended to convey this respect – in ways that are more than merely sentimental.

The track takes walkers through open grassland, avenues of trees with birdsong all around and intersections with other tracks going west. Completing the walk at the southern end is a final lookout across the lake—Birabaan Lookout.

The lake we call Lake Macquarie has had her ups and downs over the millennia. Sea level rise and fall occurred several times through the Pleistocene (2.6 MY to 11 700 Yr BP) to Holocene (from 11 700 BP to present) epochs. Indigenous people would have seen two or possibly three peak glaciations through their occupancy of the east coast of Australia. So, they would have seen Lake Macquarie fill and drain at least twice and possibly more. It is difficult to speak of average conditions when we consider current sea levels as ‘normal’ while only seeing the tiniest sliver of time where glaciation then thaw flooding occurred so many times.
The most recent inundation of the valley began only 12,000 years ago when it began to fill once again at Swansea, stabilising at its current level, 6,000 years ago.  Lake Macquarie is a more recent geological feature, when compared with Munibung Hill—the granddaddy of the two at 251 million years.
It’s a steep descent to Thompson Road, Speers Point—otherwise double back, or exit to the west at Farm Street. 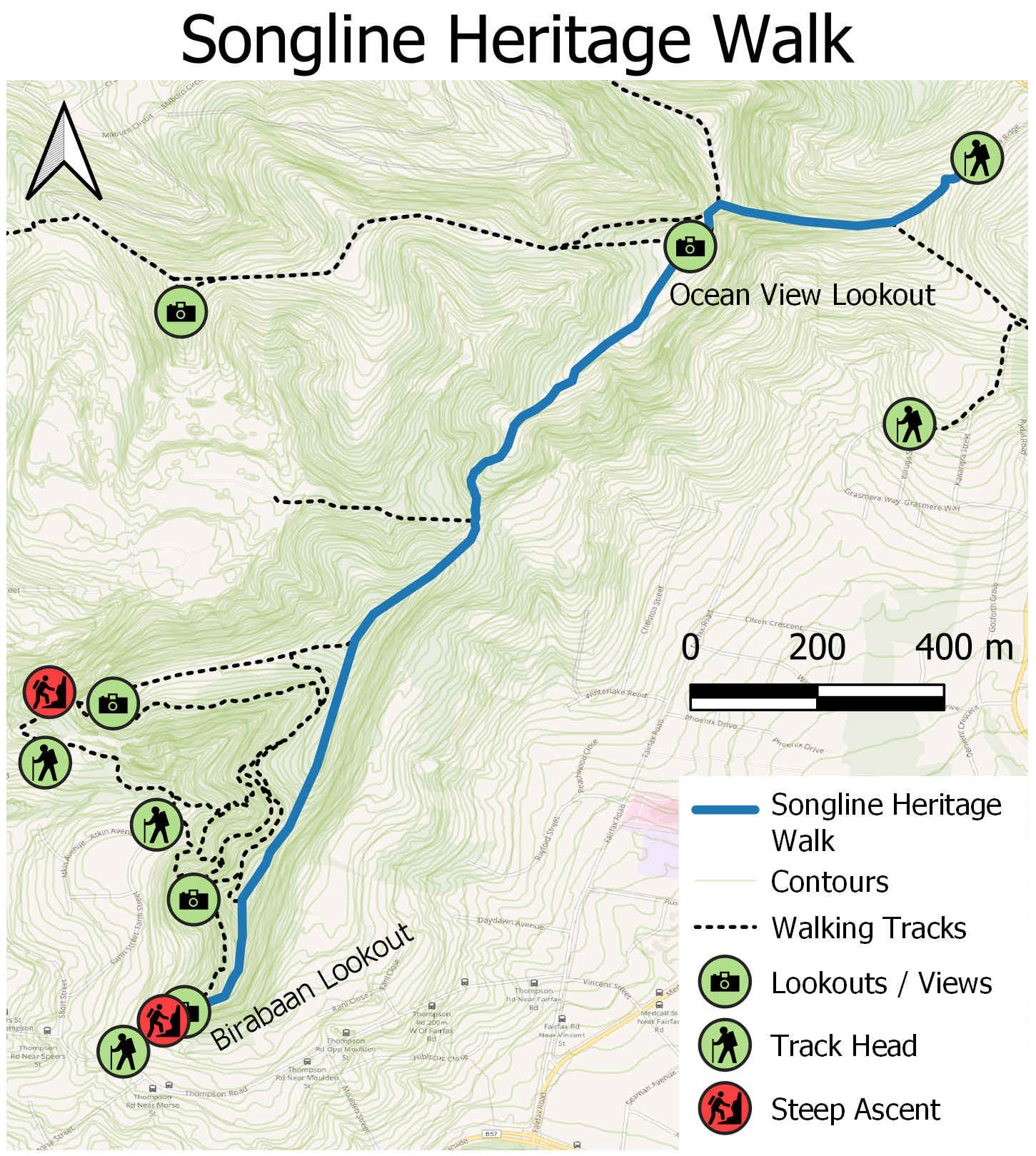 Wonta, in Awabakal language means: where is this place? (1)

North: Enter from any of the access points noted in Track 1,  Track 2 or Track 5 with the most direct being from Blaxland Road or Lawson Road, Macquarie Hills and Grasmere Way, Lakelands.

NOTE: A random internet search for Munibung Hill –  which can be accessed from locations on the north, south, east and west – without providing more details, will most likely bring up a confusing map compared with the directions supplied here. When using a search engine such as Google maps it helps to specify a suburb and street name, such as those listed here.

Know Before You Go

There are no toilets, no picnic facilities and no disposal or recycling bins. The nearest are at Cardiff, Warners Bay, Speers Point and Boolaroo. 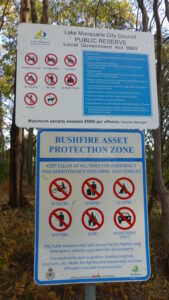 Dogs on leashes only. No trail bikes.  Please carry out what you carry in – don’t rubbish Munibung Hill. If you come across what other people have disposed of, consider picking it up and disposing of it thoughtfully. Help us care for the habitat of local native plants and animals. Thank you.

<< No signage other than Council and NSW Rural Fire Service notices.  Please observe these messages and bring them to the attention of others.

There are no official car parks at the start of tracks, it is therefore important to respect the residents who live in close proximity to these areas.

When driving around Munibung Hill at night remember we are sharing the roads with our native wildlife, so take it slow and watch out for animals on the road.

Even for a short walk on a fine day, carry a light pack with a weatherproof jacket, water (1 litre per person for every 3 hours of walking), some high energy food and a first aid kit.  Wear sturdy shoes or boots, a sunhat, sunglasses, sunscreen. Insect repellent can also make your walk more comfortable and be sure to take a bag to carry any rubbish out with you.