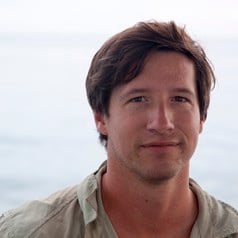 One of the challenges we face today is that of ‘false consensus’.  The way it goes is: “well everyone else is doing it, so I can too”.   If this could be harnessed in a positive way well and good, but unfortunately it seems to be used in negative ways to justify what can only be described as bad or anti-social behaviour.  In the case of Munibung Hill it materialises in two ways.

One is polluting the land and creek valleys. In these cases at the low end of the scale it involves tossing away food packaging, at the high end of the scale and worst of all, the dumping of ute loads of household rubbish and building construction waste.

The other is the incursion of motor bikes and four wheel drive vehicles.

In each case it’s a matter of blatantly flouting the rules put in place for the benefit of the wider community to enjoy Munibung Hill without having to put up with rubbish and or the damage done by bikes and 4WDs on the tracks and sensitive wildlife habitat.

Brock Bergseth is a postdoctoral research fellow, James Cook University (Qld). In this editorial piece: ‘Everyone else does it, so I can too’: how the false consensus effect drives environmental damage, published in The Conversation, 15 February 2021, he writes:

There’s a useful concept from psychology that helps explain why good people do things that harm the environment: the false consensus effect. That’s where we overestimate how acceptable and prevalent our own behaviour is in society.

Put simply, if you’re doing something (even if you secretly know you probably shouldn’t), you’re more likely to think plenty of other people do it too. What’s more, you likely overestimate how much other people think that behaviour is broadly OK.  This bias allows people to justify socially unacceptable or illegal behaviours.

Conservationists and environmental researchers are beginning to reveal how the false consensus effect contributes to environmental damage.

What we think about the general acceptability of doing ‘illegal’ or disapproved of stuff, taints the way we behave, and for some people when they see a lot of it going on, such as lots of litter lying around then they think it’s okay for them to follow suit, or in the case of trail bikes and 4WD, the more they rip up the tracks having what they perceive to be a fun time, the more others feel as if they might as well join in.  It becomes a race to the bottom. It ends spoiling the intended wonderful experience to the extent that nobody ends up wanting to visit such places because for the law abiding, decent family person / people, they don’t feel welcome.  They don’t feel that this is a place to take their children for a range of reasons. We all have the right to feel safe and not be harassed by hoons acting as if the place belonged to them. Munibung Hill is an open green public place – sacred within Aboriginal culture – there for the enjoyment of all, not a selfish few.

The challenge is to change the perception that this is unacceptable – that Munibung Hill is not a place where it’s a free-for-all, do-as-you-like, regardless of how it impacts on others.  Those who are doing these things willfully need to be reminded of their social obligations – and we would add their ecological obligations as well.  A little more monitoring wouldn’t go astray. Those who claim they didn’t know, don’t familiarise themselves with the rules displayed at entry locations to Munibung Hill – ignorance is no excuse.  Common sense would mean that such a beautiful, geologically and culturally significant place, is not where you carry on in such a cavalier fashion.

Read the full story at the link: The false consensus effect

Birds and bees are smarter than we give them credit for