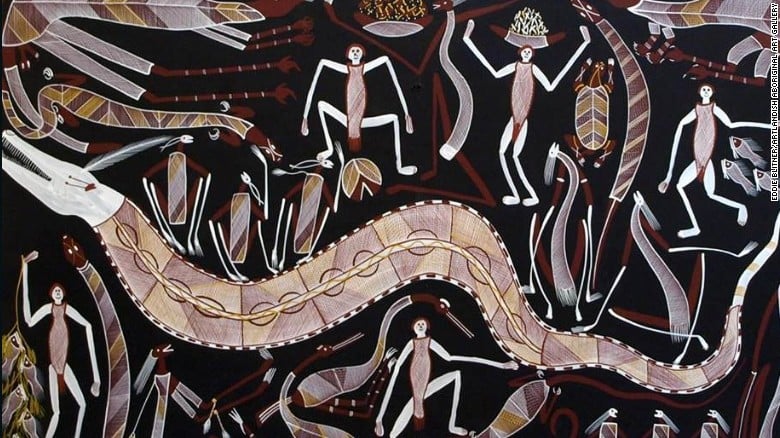 Munibung Hill was not unoccupied or vacant or waste land prior to European settlement in the early 1800s. It might be convenient to persist with such an idea, one that supposedly justified all the actions that followed.  But it doesn’t wash anymore.  It certainly doesn’t stack up in archaeological terms. Not even in human historical terms when viewed against the writings of Threlkeld as reported by Gunson.

The importance of findings as reported by Emiko Jozuka, Aboriginal Australians are Earth’s oldest civilization: DNA study, (CNN, September 22, 2016), will take some time to sink in for the majority of people. Unfortunately, thousands will not be aware for years since their sources of information and knowledge doesn’t extend to news and data services that contain this kind of information.

Nevertheless: ‘A new genomic study has revealed that Aboriginal Australians are the oldest known civilization on Earth, with ancestries stretching back roughly 75,000 years,’ writes Jozuka.

In a study published in the journal Nature, a group of international researchers — including nine Aboriginal leaders — collected genomic data on 83 Aboriginal Australians and 25 Highland Papuans from Papua New Guinea.

The findings indicated their ancestors had diverged from Eurasians 57,000 years ago, following a single exodus from Africa around 75,000 years ago. 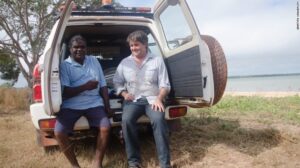 The findings shed light on the origin of Aboriginal Australians, which has been debated among academic circles for decades, with research originally theorizing Australia was settled multiple times.

But, according to David Lambert, study co-author and evolutionary biologist at Griffith University, the study’s data reveals how one founding population expanded slowly across the Australian continent.

The affirmation of Aboriginal Australians as the most ancient civilization on Earth is astounding in itself. But the researchers stressed another achievement.

“In a real sense, the most important thing about the paper is that we have nine Aboriginal elders as co-authors, who were involved with talking to indigenous groups across Australia,” said Lambert.

It’s clear that we need to talk about the past, in much broader terms than we have over the years.

In a more recent article published in Aeon*: A history of true civilisation is not one of monuments, David Wengrow, Professor of comparative archaeology at University College London, provides a new perspective that’s worth considering. He is the author of The Origins of Monsters (2013) and What Makes Civilization? (2nd ed, 2018). What follows is three extracts.  Please click on the link at the end for more.

Civilization is back. But it is no longer the preserve of “Renaissance man” or of “the West,” or even of literate societies. Civilization is a way of talking about human history on the largest scale. From the cave paintings of Lascaux to the latest MoMA exhibition, it binds human history together.

But in at least one essential aspect, the concept of civilization remains fundamentally exclusionary. It is still the stuff of galleries, museums and UNESCO World Heritage sites; of prized images, objects and structures, rather than of living humanity.

Mutual aid, social cooperation, civic activism, hospitality or simply caring for others: these are the kind of things that actually go to make civilizations. In which case, the true history of civilization is only just starting to be written. It might begin with what archaeologists call “culture areas” or “interaction spheres,” vast zones of cultural exchange and innovation that deserve a more prominent place in our account of civilization. In the Middle East, they have deep roots that become visible towards the end of the last Ice Age, around 10,000 BCE. Thousands of years before the rise of cities (around 4000 BCE), village communities already shared basic notions of social order across the region known as the “fertile crescent.” Physical evidence left behind by common forms of domestic life, ritual and hospitality shows us this deep history of civilization. It’s in some ways much more inspiring than monuments. The most important findings of modern archaeology might in fact be these vibrant and far-flung networks, where others expected to find only backward and isolated “tribes.”

For the full article click on the link — https://aeon.co/ideas/a-history-of-true-civilisation-is-not-one-of-monuments

*Since 2012, Aeon has established itself as a unique digital magazine, publishing some of the most profound and provocative thinking on the web. We ask the big questions and find the freshest, most original answers, provided by leading thinkers on science, philosophy, society and the arts.

While we’re on the subject of big history, here’s a link to Australia through time —Link